Prince Harry and Meghan Markle didn’t let their son Archie witness their final days as senior members of the royal family for his own safety.

The Duke and Duchess of Sussex left their bundle of joy back in their new home in Canada due to the ongoing spread of the coronavirus, a reporter for The Telegraph confirmed, according to E!

There have been at least 596 confirmed cases of coronavirus in the UK and 10 people have died, reported the BBC.

This afternoon, The Duke and Duchess of Sussex attended the annual Commonwealth Service at Westminster Abbey on Commonwealth Day, alongside Her Majesty The Queen and Members of The Royal Family. The Commonwealth is a global network of 54 countries, working in collaboration towards shared economic, environmental, social and democratic goals, and the Service today seeks to highlight the vast community which spans every geographical region, religion and culture, embracing diversity amongst its population of 2.4 billion people, of which 60 percent are under 30 years old. As President and Vice-President of the @Queens_Commonwealth_Trust, The Duke and Duchess of Sussex have been passionate advocates of the Commonwealth having spent many years working closely with the next generation of Commonwealth leaders. The theme of the Commonwealth for 2020 is ‘Delivering A Common Future: Connecting, Innovating, Transforming', placing emphasis on youth, the environment, trade, governance, and ICT (Information and Communications Technology) and innovation. From working to protect the earth's natural resources and preserving the planet for generations to come, to championing fair trade and empowering the youth of today to transform the communities of tomorrow, the Service celebrates the Commonwealth's continued commitment to delivering a peaceful, prosperous and more sustainable future for all. Photo © PA

The whirlwind transatlantic trip to Buckingham Palace saw Meghan and Harry attend various functions without the company of their adorable ten-month-old son.

Besides their concerns over COVID-19, the couple’s final event came with its own fair share of drama.

According to the Daily Mail, Meghan and Harry didn’t take it too well and were upset over the sudden change.

The terse situation came just days before it seemed no love was lost between Archie’s parents and Her Majesty, following their bombshell announcement of wanting to leave their royal duties. 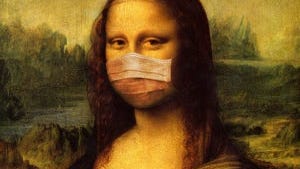 How Americans Living in Italy Are Coping with Coronavirus

On Sunday, the 93-year-old monarch extended an invitation to her grandson and his wife to attend a church service in Windsor.

“It was a really sweet gesture that the Queen asked them to church,” a source told People. “It’s telling in the sense that these two are still her family. And as a family, they all love each other.”

With the completion of their royal duties on Monday, Meghan and Harry immediately flew back to Canada to be with their son, who has recently started to walk.

“He’s doing great,” a source told People. “He’s grabbing onto things and picking himself up. He’s starting to have movement, which is really exciting.”

Meghan and Harry will officially step down from their royal duties on March 31st.