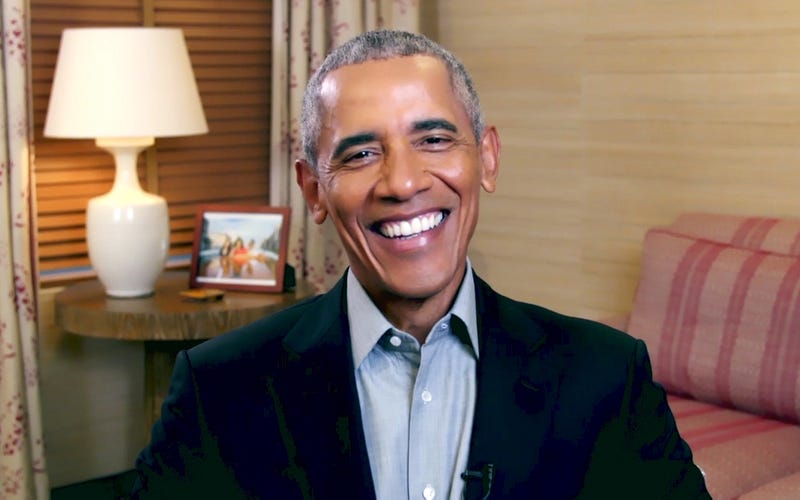 "As 2020 comes to a close, I wanted to share my annual lists of favorites," Obama writes in a Medium post. "I’ll start by sharing my favorite books this year, deliberately omitting what I think is a pretty good book — 'A Promised Land' — by a certain 44th president. I hope you enjoy reading these as much as I did." 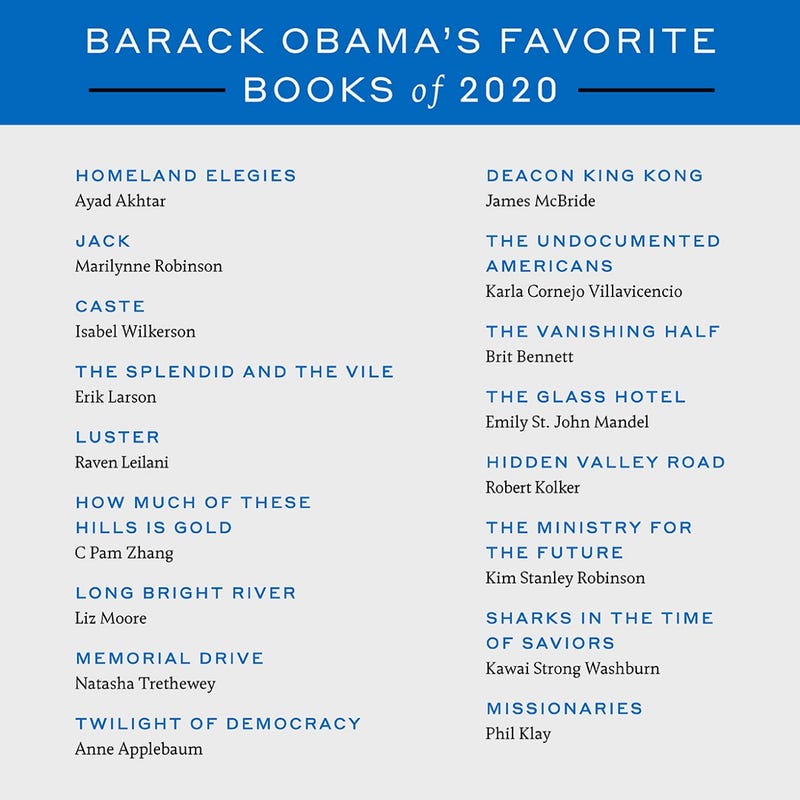 In presenting his list of favorite movies and TV shows, Obama explained, "Like everyone else, we were stuck inside a lot this year, and with streaming further blurring the lines between theatrical movies and television features, I’ve expanded the list to include visual storytelling that I’ve enjoyed this year, regardless of format." 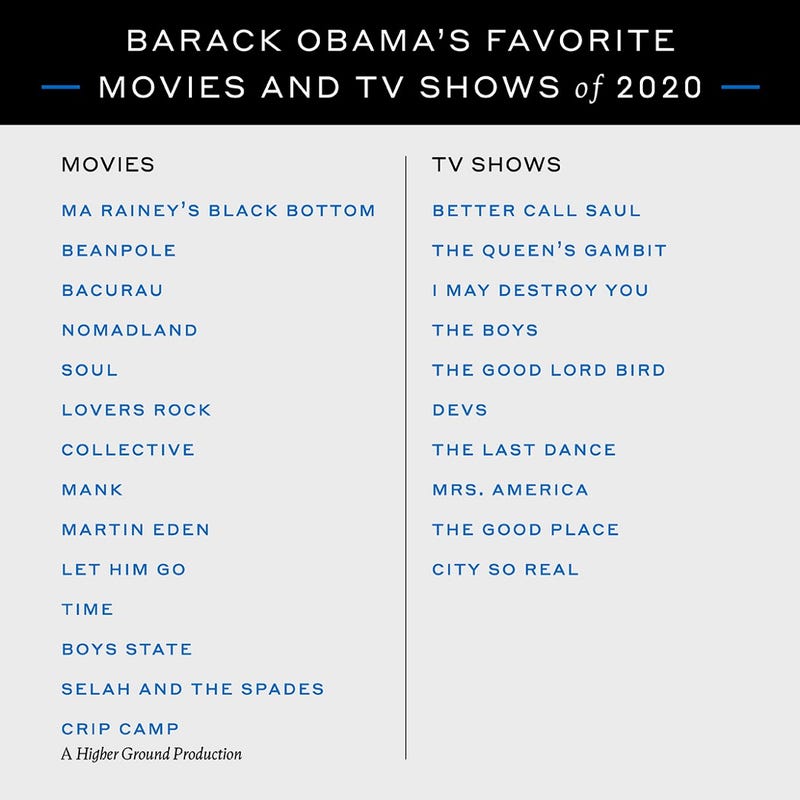 Obama said he consulted with his youngest daughter on compiling the music list. "Here are some of my favorite songs of the year," he wrote. "As usual, I had some valuable consultation from our family music guru, Sasha, to put this together. I hope you find a new song or two to listen to." 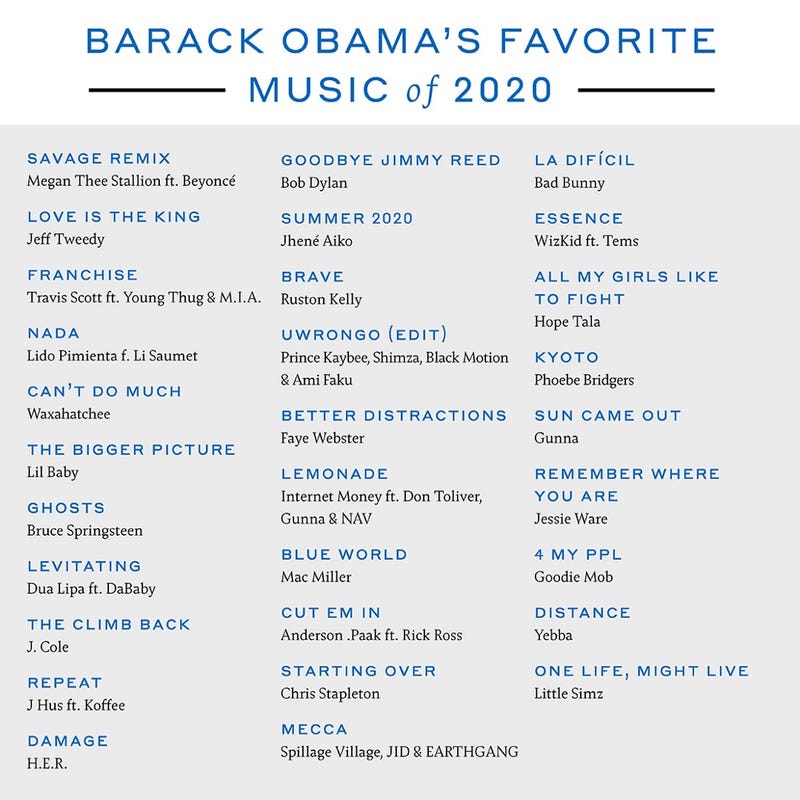