Many people have been celebrating "virtual birthdays" in quarantine this year, and Queen Elizabeth II is one of them.

Celebrations aren’t as extravagant this year due to the pandemic, but she's still being showered with plenty of love from family and friends via the Internet.

Her grandson Prince William and his wife Kate Middleton were the first to send their wishes.

"Wishing Her Majesty The Queen a very happy 94th birthday today!" a tweet from their Kensington Palace's account read.

The post featured a throwback photo of Queen Elizabeth and the Duke and Duchess standing in the “Back to Nature” garden during a visit to the RHS Chelsea Flower Show in 2019, according to E!

The Clarence House Twitter account, the official account of Queen Elizabeth’s son, Prince Charles, and his wife, Camila, Duchess of Cornwall, posted the same photo as part of a photo montage celebrating some of the Queen’s best moments.

— The Prince of Wales and The Duchess of Cornwall (@ClarenceHouse) April 21, 2020

Birthday wishes also poured in from The Royal Family Twitter account:
"Head of the Commonwealth, Head of the Armed Forces, Head of State in 16 countries and the longest reigning Monarch in British History. Wife, mother, grandmother and great-grandmother. Happy birthday, Your Majesty!"

Head of the Commonwealth, Head of the Armed Forces, Head of State in 16 countries and the longest reigning Monarch in British History. Wife, mother, grandmother and great-grandmother.

The account also shared a video with old footage of the Queen and her family pulled from The Royal Collection Trust.

Thank you for your messages today, on The Queen’s 94th birthday. 🎈🎉

🎥 In this private footage from @RCT, we see The Queen, then Princess Elizabeth, with her family, including her younger sister Princess Margaret. pic.twitter.com/T5IUS8MmQj

And they even shared a chocolate cupcake recipe from the Royal Pastry Chefs so people around the world could join in on the celebration.

🎂🧁🎈Happy birthday to Her Majesty! To celebrate The Queen's birthday we are sharing a chocolate cupcake recipe from The Royal Pastry Chefs.

Prince Harry and Meghan Markle didn't publicly post wishes, but a spokesperson for the couple told The Sun that they spoke to Her Majesty on her birthday.

The usual birthday celebrations, which include a 41-gun salute in Green Park and a 62-gun salute at the Tower of London, will not be taking place, CNN noted. 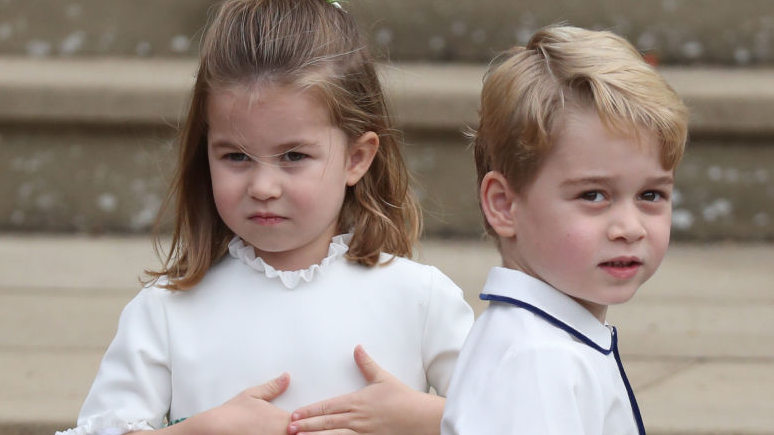 Additionally, the Queen’s second and public birthday celebration, a tradition known as Trooping the Colour and dating back to the 18th century, in June will also be altered in light of the outbreak.

Queen Elizabeth has been quarantining in Buckingham Palace with Prince Phillip.
In March, her son and next-in-line for the throne, Prince Charles, tested positive for coronavirus but has since recovered.