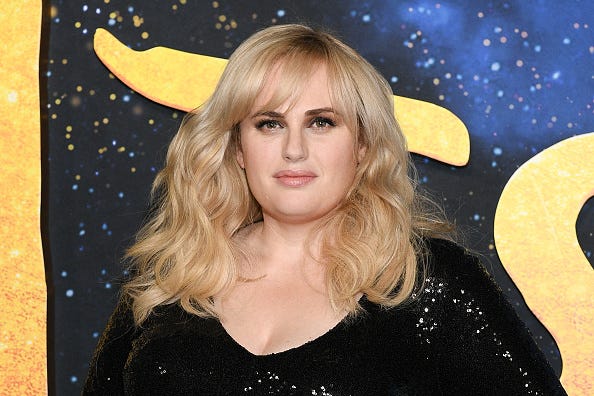 Rebel Wilson is all about making positive changes in the new year.

The Australian actress and comedian debuted a slimmed-down figure on Instagram when she posted a photo of herself taking a midnight stroll on her Instagram stories.

The “Cats” actress and her trainer, Jono Castano, also showed off a video of her progress.

In the clip, Rebel is seen doing a CrossFit exercise with a battle rope that offers a total body workout.

Castano also uploaded a photo of himself with Wilson, who showed off her extreme weight loss transformation in an all-black gym getup.

In his caption, he commended Wilson for staying dedicated to her workout regimen writing, “Friday vibes but @rebelwilson has been putting in the yards 7 days a week. Proud of you gurl.”

One of Wilson’s New Year’s resolutions was to improve her health. She dubbed 2020 “The Year of Health” in an Instagram post on January 2.

“I put on the athleisure and went out for a walk. Deliberately hydrating on the couch right now and trying to avoid the sugar and junk food which is going to be hard after the holidays I’ve just had but I’m going to do it,” she told her followers.

Wilson told Entertainment Tonight that she dropped “between 40 and 50 pounds” while filming “Cats.”

"I lost eight pounds shooting my number, in four days," she admitted. "One, because there's a lot of physicality… But also, they heated up the set very high, to almost 100 [degrees] Fahrenheit, so that we could never cool down."

Recently, Adele revealed her extreme weight loss transformation when she was spotted vacationing on a beach in the Eastern Caribbean. Her new slim figure garnered mix opinions from fans.