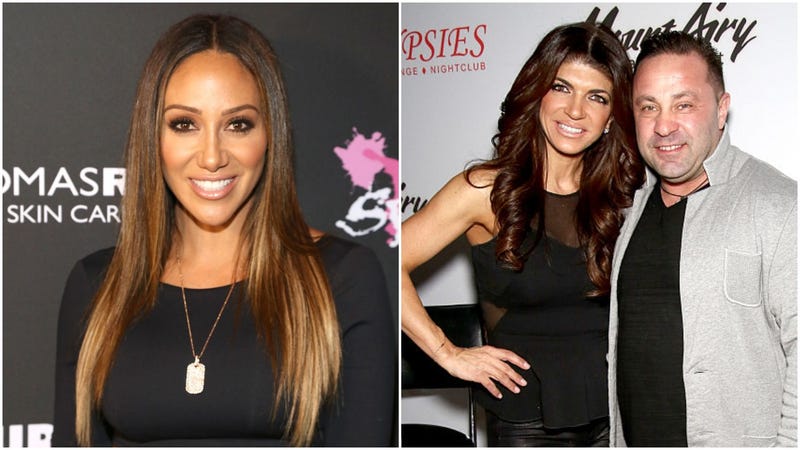 Melissa Gorga is not being shy about how she feels about Teresa and Joe Giudice’s marriage. She just happens to be the sister-in-law of Joe Giudice.

“The Real Housewives of New Jersey” star opened up on how she thinks the couple will likely go their separate ways, according to Yahoo.

“I would never say to Teresa, ‘Hey, you’re not going to end up with Joe.’ But my gut feeling is that Teresa is going to end up moving on,” Gorga said. “It will be super hard and it is scary but it’s also full of possibilities and I want her to start remembering that,” she added.

Teresa vented to Gorga and said, “I just want to be happy again.” She then went on to say, “I haven’t been happy in so long.”

“You know what I think’s going to happen for you? I feel like, whether it’s with Joe or not with Joe, I honestly feel there’s a f—— rainbow at the end,” Gorga said.

While both Teresa and Melissa were talking about this, Teresa was awaiting the decision of her husband’s deportation status.

Giudice is currently residing in Italy as he awaits a ruling on his deportation following his release from Immigration and Customs Enforcement custody last month.

Teresa Giudice and Joe Giudice haven’t had the smoothest time navigating their relationship troubles in the public eye. Back in November, some of the other housewives weighed in on the relationship.

In a conversation with Ashlee Malleo on her RADIO.COM Original podcast “Making It Up As I Go…,” current “RHONJ” cast members Dolores Catania and Jennifer Aydin got real about their thoughts on the messy Giudice situation.

“I think they really need to spend some time alone to see what’s left,” Catania said of the relationship. She thinks it might be the end of the road for their romance, but not necessarily for their relationship.

“I think they’ll always be together to some extent but not as husband and wife,” she continued. Meanwhile, Aydin believes that the relationship isn’t over just yet. “It ain’t over 'til it’s over,” she said.