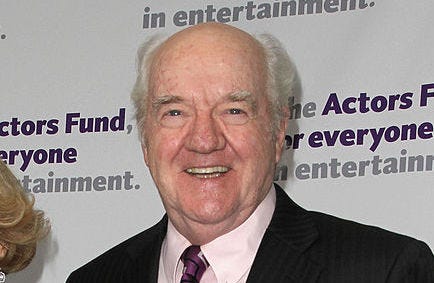 Richard Herd, who was known for playing Mr. Wilhem on “Seinfeld,” has died at the age of 87.

His wife, Patricia Crowder Herd, told the Hollywood Reporter, that her husband died of cancer-related causes at their home in Los Angeles.

The 87-year-old was born in Boston, Massachusetts, on September 26, 1932. His father, a train engineer, died when Herd was very young. His mother, Katherine, got remarried as the family moved to Brockton, Massachusetts. His stepfather worked in a local auto shop.

Herd, the Boston native, started in the business as a stage actor in New York. He made his film debut in the 1970s film “Hercules in New York.”

The actor appeared in famous films such as “All the President’s Men” and “The China Syndrome.”

He became best known for appearing 11 times on “Seinfeld” seasons as Mr. Wilhem. His character was the New York Yankees executive who supervised George Constanza (Jason Alexander) after he landed a job as an assistant to the traveling secretary.

Herd is survived by his wife of 40 years, Patricia Crowder Herd. The actor also has a daughter, Erica, son, Rick, and stepdaughter, Alicia.