Rita Wilson is a coronavirus survivor.

The actress and singer opened up about her experience with the novel virus after she contracted it in Australia with her husband Tom Hanks.

Wilson chatted virtually with Gayle King on “CBS This Morning” and revealed that she's feeling much better now than she did in March when she tested positive for COVID-19.

Her symptoms progressed when she developed a fever, which she recalls reached 102. The fever was associated with “chills like I’ve never had before.”

She also notes experiencing some of the more subtle coronavirus symptoms: loss of taste and smell.

In her first interview since recovering from COVID-19, @RitaWilson tells @GayleKing she's "feeling great" and is helping others.

She admitted that the symptoms weren't nearly as bad as the side-effects from the the controversial drug, chloroquine.

On day nine, she was given the drug, which is typically used to treat malaria, and described her experience: “I know people have been talking about this drug, but I can only tell you that I don’t know if the drug worked or it was just time for the fever to break. My fever did break, but the chloroquine had such extreme side effects. I was completely nauseous. I had vertigo. I could not walk and my muscles felt very weak.”

Her experience made her question whether the drug was safe to use. 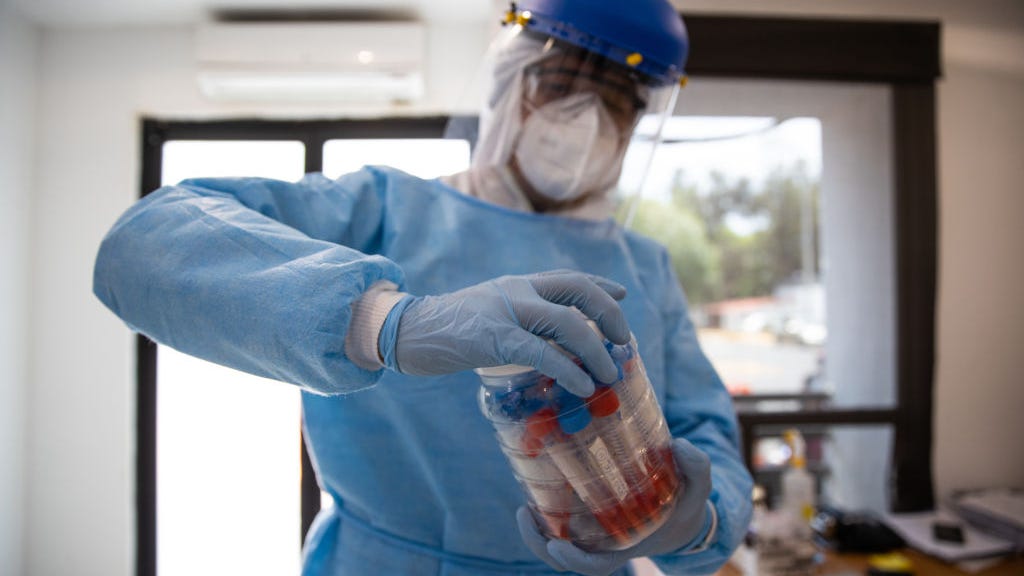 “We have to be very considerate about this drug. We don't really know if it's safe in this case,” she explained.

Wilson described Hanks’ symptoms as less intense adding that he did not have as high of a fever and did not lose his sense of taste or smell. Regardless, it took them the same amount of time to recover.

The couple was in Australia for pre-production on an upcoming film. They returned to the US in late March and have been getting back to their routines. Wilson sang the national anthem for NASCAR’s virtual iRacing Pro Invitational Series Race through a video earlier this month. Meanwhile, Hanks hosted “Saturday Night Live” from his kitchen over the weekend.

Wilson noted that the doctors believe they are immune to the disease since they’ve already been exposed, however, since little is known about the virus, the couple donated blood to a study to hopefully aid in the development of a vaccine.

Here's a little background on the Hip Hop Hooray remix from a fun interview with @GayleKing on @cbsthismorning! Thanks for having me!! Remember STREAMING sends money to COVID Relief fund. Hit the to watch the full interview. #HipHopHooray #MusiCares https://t.co/Q2Rqj8pINZ pic.twitter.com/jI1CX369p6

The singer also talked about her now-viral Instagram video of rapping alongside the Naughty By Nature song "Hip Hop Hooray." She’s since recorded the remix with the group and money from each stream benefits the MusiCares COVID-19 Relief Fund.