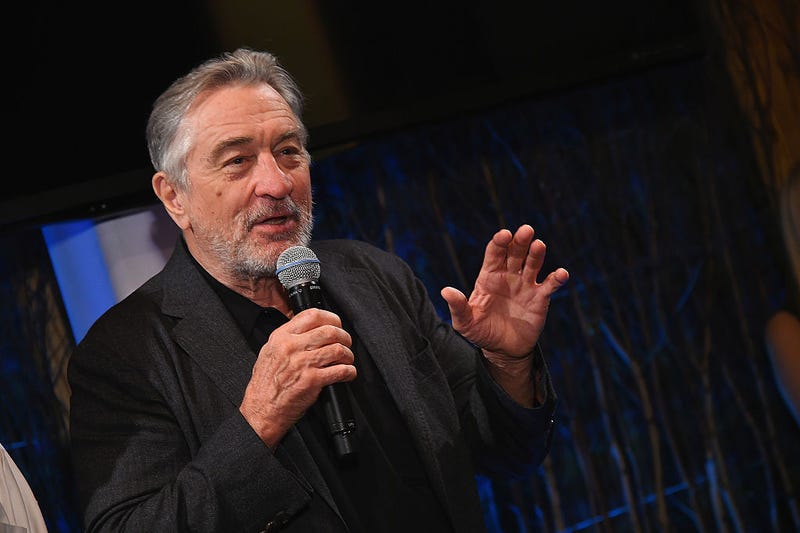 Watching Netflix while on the clock is not part of the job description!

Robert De Niro’s film production company has filed a $6 million lawsuit against a former employee who allegedly embezzled money and binge-watched “Friends” on the job, according to Variety.

In 2008, Chase Robinson was hired to be the Oscar winning actor’s assistant and rose through the ranks to become vice-president of production at Canal Productions.

Robert De Niro's company has filed a $6 million lawsuit against a former employee after she allegedly watched 55 episodes of “Friends” in four days while on the job https://t.co/VFQQyXP2VU pic.twitter.com/VZhLleq4ly

Once a trusted confidante, now Robinson is being accused of embezzling money, charging hundreds of thousands of dollars of personal expenses on a company card, using De Niro’s frequent flyer miles for personal trips, dropping $32K on Ubers and taxis, spending over $20K on unauthorized charges at restaurants, and wasting “astronomical amounts of time” watching Netflix.

The lawsuit claims that in one four-day period, Robinson watched 55 episodes of “Friends.” She also allegedly watched 20 episodes of “Arrested Development” and ten episodes of “Schitt’s Creek.” While impressive, watching those programs were not related to her responsibilities at Canal.

Robinson was allegedly making an annual salary of $300K. She quit in April via email, brushed off the company’s complaints about her spending as “ridiculous” and even wrote herself a letter of recommendation, which De Niro refused to sign.