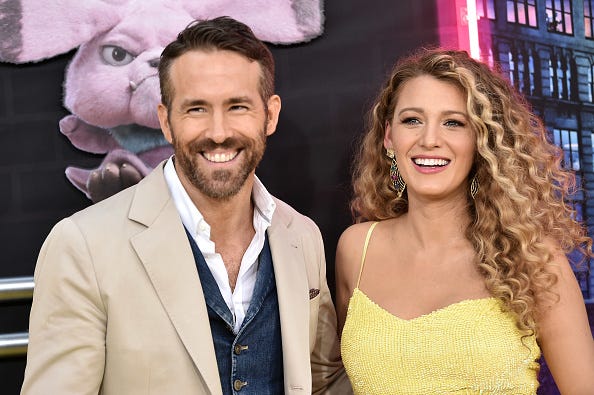 Where’s the best place to ring in a 5th birthday present?

The sweetest place in New York City, obviously – the Museum of Ice Cream.

Reynolds and Lively hosted their daughter’s party at the candy, ice cream, and sprinkle filled museum and according to Narcity, enjoyed the “sprinkle pool and banana room.”

However, based on the footage released by the museum, the “Deadpool” actor may have had more a tad more fun than his daughter.

The museum posted a slow-motion video shows Reynolds free-falling into a colorful sprinkle pool with the caption, "@vancityreynolds, we give your form a 9/10. 🏆 Thanks for stopping by!"

A post shared by Museum of Ice Cream (@museumoficecream)

Lively shared some photos from the birthday party writing, "Now I get why everyone screams 🍦"

While the parents have chosen to raise their children outside of the spotlight, there were some A-listers in attendance including Bradley Cooper and his 2-year-old daughter, Lea, whom he shares with ex-girlfriend Irina Shayk.

Reynolds and Lively are also parents to 3-year-old Inez and welcomed their third daughter a few months ago.

The couple, who tied the knot in 2012, is known for being secretive when it comes to family affairs, and that was no different when "Today Show" hosts Hoda Kotb and Craig Melvin recently asked him about the child’s name.

“We’re gonna be original, and all the letters in her name are silent. I want to give her something to push against in life,” he said jokingly.