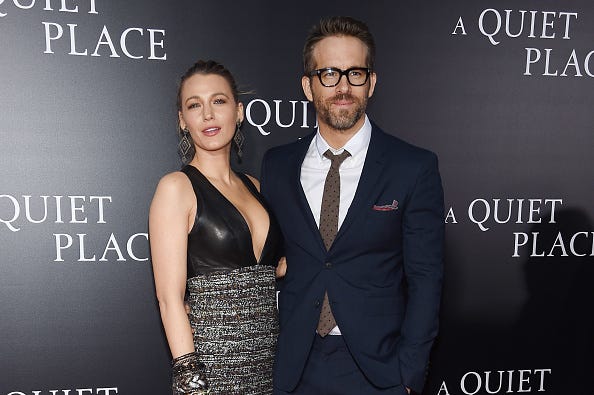 Ryan Reynolds and Blake Lively are one of the most private couples in Hollywood and go to great lengths to keep their family out of the limelight.

In fact, the duo are so good at it that it took more than two months for it to be revealed that Lively had given birth to the couple’s third daughter this summer. Furthermore, the name of the newest member of their household has yet to be revealed.

So it was quite shocking when the “Deadpool” star willingly offered up an update as to how his wife and new daughter were doing while promoting his latest film “6 Underground.”

“They are doing great,” Reynolds told “Extra” earlier this week.

Meanwhile, he was the one that almost didn’t do so great after a barrier collapsed in front of him at an event in Brazil on Sunday.

Videos captured the terrifying scene which saw Reynolds jump down to get closer to screaming fans, when a barricade came crashing down at his legs. Using his action hero training, the actor quickly jumped back on stage and out of harm’s way.

He later joked how Blake had warned him about staying safe prior to heading out to the event.

"My only job that Blake said as I was leaving was, 'Just come home in one piece,'" he confessed. "So that was my only job."

In October, Reynolds shared the first photo of the couple’s third child but obscured their daughter’s face with a drawn-on smiley face.

The couple have previously been seen out in public with their two other daughters: James, 4, and Inez, 3.