It appears to be the end for a popular daytime talk show.

“Strahan, Sara & Keke” has reportedly been canceled by ABC, according to Page Six.

Hosted by Michael Strahan, Sara Haines and Keke Palmer, the show was pulled off the air in March due to the onset of the coronavirus pandemic.

“'Strahan, Sara and Keke’ is put on hiatus and it doesn’t look like it’s going to come off,” an insider told the outlet.

Another insider told the publication that staff from “Strahan, Sara and Keke” have already started working on “GMA3.”

While a third source hinted the network is currently working out specifics with the show’s trio of hosts.

“Everyone is still getting paid. There’s space for everyone. They’re actively in contact… They’re figuring out what the future will look like,” the source told Page Six. 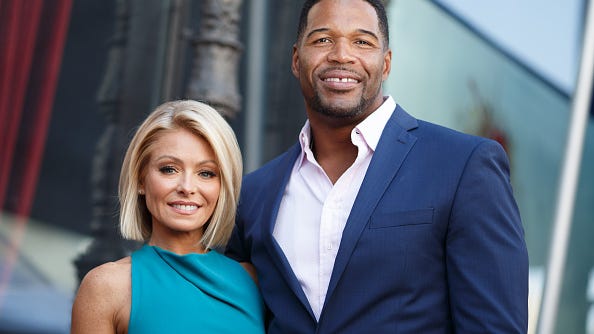 Michael Strahan Opens Up About 'Live!' Exit and Tension With Kelly Ripa

While ABC has not confirmed the cancellation of “Strahan, Sara & Keke,” a spokesperson released a statement about the evolution of both shows.

“We’re proud of our teams at ‘SSK’ and ‘GMA3’ and how quickly they transitioned to producing a daily show to give people the news and information they need during an unprecedented pandemic, and conversations continue about how the show will evolve in the months ahead,” a network spokesperson told Page Six.

After initially premiering in 2018 as “GMA Day” with Strahan and Haines, the show was rebranded as “Strahan & Sara” in January 2019.

Palmer stepped in while Haines went on maternity leave and upon her return the show was rebranded again as “Strahan, Sara & Keke" in August 2019.