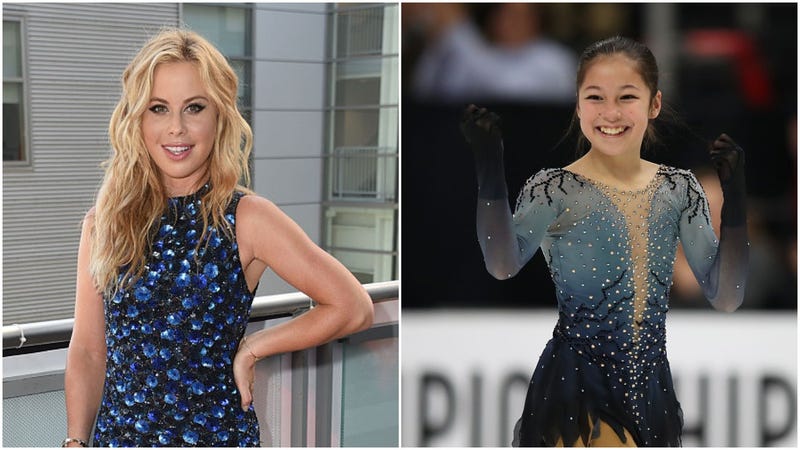 1998 Olympic gold medalist Tara Lipinski and 14-year-old current U.S. figure skating champion Alysa Liu, paired up off the ice to help motivate you girls across the country to aim high and succeed in attaining their goals.

Lipinski and Liu served as role models on Barbie’s “Be Anything” tour, which was launched in March to inspire young girls to be whatever they want to be in life.

“To celebrate the 60th anniversary of Barbie, we set out to imagine a new and fun way to bring the brand’s mission of inspiring girls across the nation with Walmart,” Mattel said in a  statement. “The Barbie Be Anything Tour inspires girls to be anything and allows us to celebrate this milestone moment with fans through a break frame ‘retailtainment’ experience and impressive line-up of role models in cities nationwide.”

While the tour made its way from coast-to-coast, kids and parents were encouraged to enter their name in a contest to win $20K toward making their dreams come true.

At the final stop of the tour in Los Angeles this weekend, Lipinski and Liu presented the prize money to the winner of the contest, six-year-old Amelia from Hardinsburg, KY.

Continuing with their dedication in encouraging you girls, Mattel recently released their Barbie Judge Doll, its 2019 Barbie Career of the Year doll.

The company chose a judge because only 33% of sitting judges in the United States are women.

And to further expand their diversity and help break down stereotypes, last month the company released their first set of gender-neutral Barbie dolls in multiple skin tones and featuring different hairstyles and clothing options for each figurine.

Watch More: A Gender-Neutral Barbie Is Coming to Stores