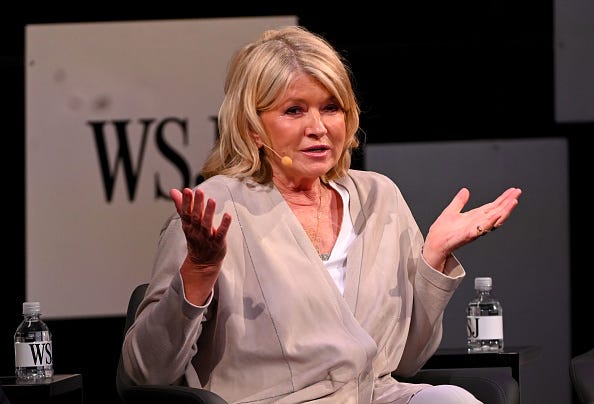 Believe it or not, Martha Stewart didn’t always know how to execute a flawless dinner party.

While the 78-year-old has built an empire out of cooking and entertaining, there was a time when her Thanksgiving plans went up in smoke, literally.

The incident occurred back in the early ‘60s when she and her then-husband invited their entire families over for the holiday meal.

You'll be the star of the Thanksgiving feast when you learn this simple technique for carving a turkey, which creates neatly sliced portions of meat.https://t.co/7ao1N3RmxT

“Weary and bleary-eyed at 3:00am on Thanksgiving Day, I turned on the oven, stuffed the turkey, and struggled to get the enormous bird into the electric oven by 3:45,” Stewart recounted in an essay for the Daily Mail.

Having already prepared the sides and desserts the day before, she thought she could take a nap before her guests arrived at 1pm. But that turned out to be a bad calculation.

“I went back to sleep only to awake to a house full of black smoke — the turkey was burning!,” she wrote.

The main course was charred because Stewart had “preheated the oven to 500 degrees, then forgot to turn it down to 325.” A fact the queen of domestic perfection labeled her “fateful mistake.”

Not giving up, she made it to a farm in time to find the last 30-pound turkey and started the thawing and prep all over again. In the meantime, her guests were still expected in a few hours.

Despite having to push dinner time until 7pm, Stewart was able to hone her burgeoning culinary skills in a way that would make her future self proud.

For anyone attempting to pull off an impeccable Thanksgiving dinner this year, Stewart offered up a time-saving hack: make it a buffet.

“Serving buffet style when hosting a big gathering is most practical and setting a beautiful and impressive buffet is easier than you think,” she told NBC News.

Stewart suggests bundling together utensils in a napkin and setting the buffet table a few nights before with a post-it note next to where every dish will go.

But regardless of how your meal turns out, the host of “Martha and Snoop’s Potluck Dinner Party” doesn’t think you should worry too much.

“If the pie crust burns or the gravy lumps, what’s most important of all is giving thanks for that gathering together of family and friends.”