Tom Hanks may be playing Fred Rogers in the upcoming film “A Beautiful Day in the Neighborhood,” but he’s even closer to the character than he originally thought. Hanks and his wife were shocked to learn recently that he’s actually related to Fred Rogers.

On the red carpet of a recent screening of the film, Access Hollywood revealed to Hanks and his wife, Rita Wilson, that he’s got a common relative with the beloved children’s show host he plays in the film, Yahoo! reports.

“No, impossible! You’re pulling our leg,” Wilson replied to the news. “This is crazy!”

Hanks added, “It all just comes together, you see.” He continued in jest, “Well, I would like to see if Johnny Depp is related to Fred Rogers. Can you find out from Ancestry.com?” 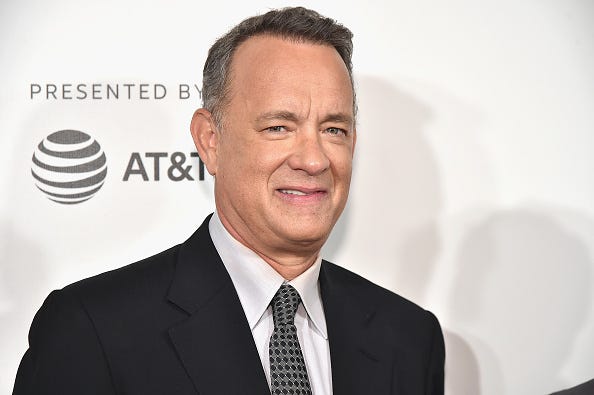 An Ancestry.com report reveals that Hanks and Rogers share a common ancestor named Johannes Meffert, making Hanks and Rogers sixth cousins. Director or research at the organization, Jennifer Utley, wasn’t so shocked at the revelation.

“It’s no surprise they are related as the similarities between the two are uncanny,” she said in a statement. “Even if we don’t know it, our pasts impact our present.”

Hanks also went into what it was like to play someone as iconic as Fred Rogers. “It’s kind of like Batman putting on his cape and cowl,” Hanks revealed. Putting on the iconic sweater and shoes that Mr. Rogers wears was like stepping into a superhero costume for the actor.

“A Beautiful Day in the Neighborhood” is a film inspired by Fred Rogers, host of the children’s show “Mr. Roger’s Neighborhood.” The film is set to hit theaters on November 22nd.