Tom Hanks has gotten a lot of buzz over the past year for his role as Mister Rogers in “A Beautiful Day in the Neighborhood.” Now, Hanks is getting the meme treatment after he hilariously reacted to Ricky Gervais’ opening monologue at the 2020 Golden Globes.

Gervais has been known to garner some eye rolls with his monologues, having recently opened up about regretting a joke he made about Tim Allen during one of his 2011 spiels. This year, while Gervais was careful not to call out anyone in particular, some of his sweeping statements led to some telling audience facial expressions.

The comedian began by saying, “You say you’re woke, but the companies you work for – Apple, Amazon, Disney – if ISIS started a streaming service, you would call your agent, wouldn’t you? So if you do win an award tonight, don’t use it as a platform to make a political speech, right?” 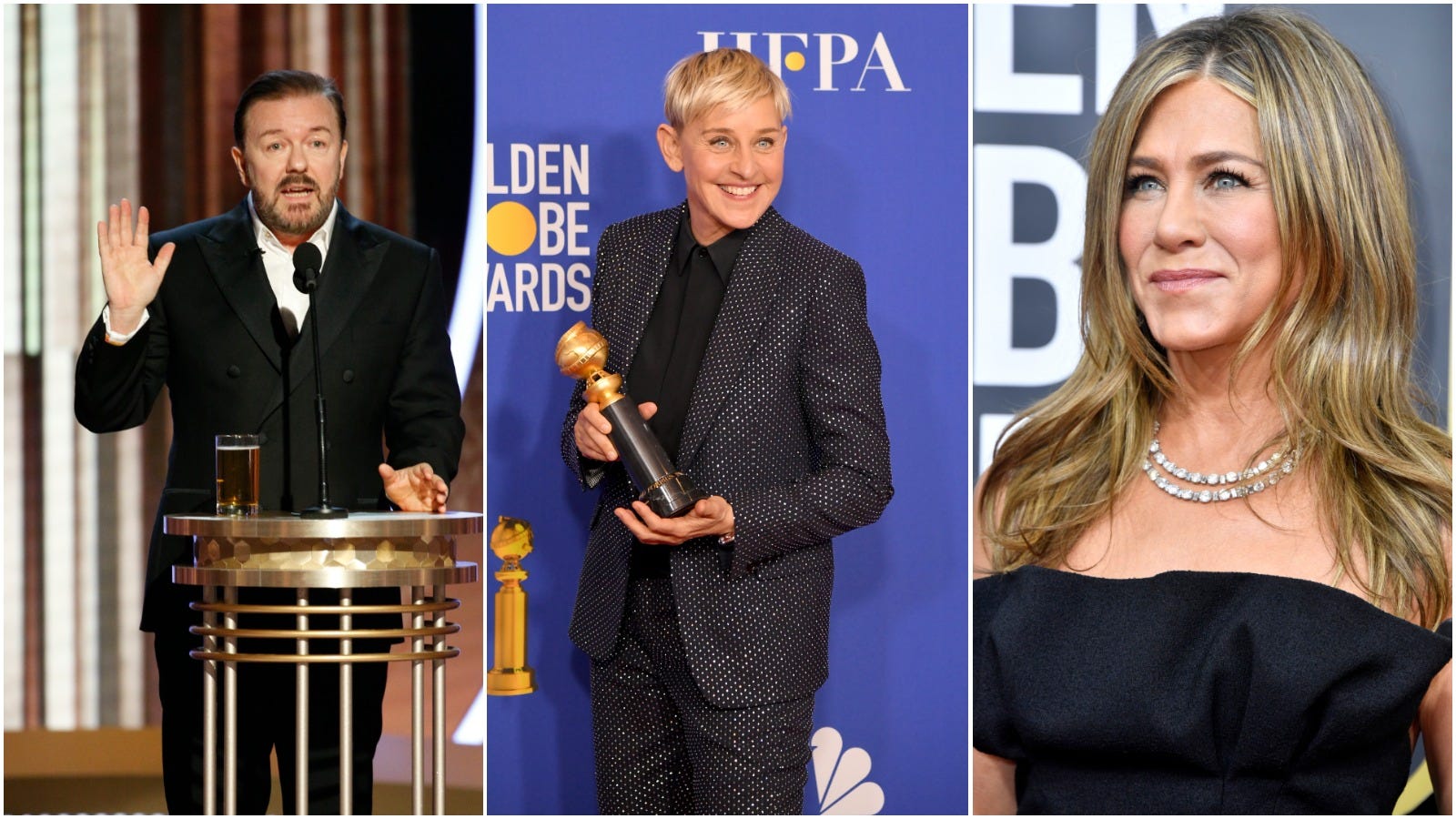 He continued, “You’re in no position to lecture the public about anything. You know nothing about the real world.”

The cameras then cut to a clearly disgruntled Hanks, whose lack of a poker face has been turned into a viral meme overnight. Hanks was honored with the Cecil B. DeMille award during Sunday’s ceremony.

And while fans wanted to applaud Hanks for his accomplishments, they couldn’t help but remain focused on his shocked demeanor following Gervais’ opening monologue. “Tom Hanks is the only thing worth watching at the #GoldenGlobes,” one user wrote on Twitter.

Another chimed in, “I would like to thank Tom Hanks for providing this brand-new meme for 2020 #GoldenGlobes.”

I would like to thank Tom Hanks for providing this brand-new meme for 2020 #GoldenGlobes pic.twitter.com/2frzvP2baQ