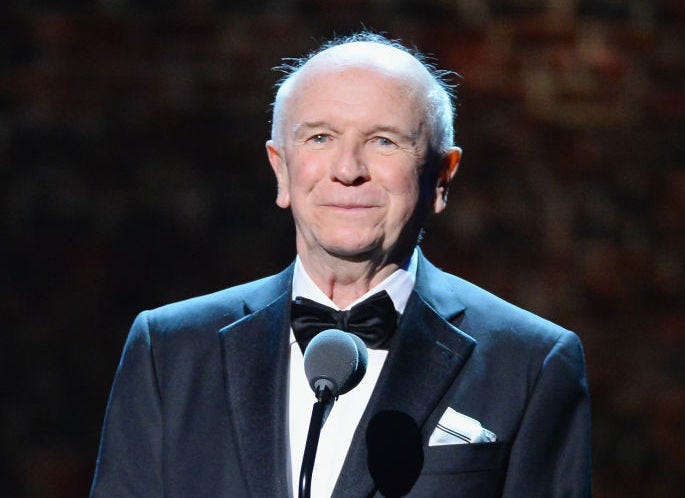 Terrence McNally, the playwright behind works like "Love! Valour! Compassion!" and "Master Class," has passed away at the age of 81. He suffered complications from contracting the coronavirus.

His plays tackled topics like families, war, and relationships. He was an openly gay writer, often writing about topics like homophobia and AIDS, ABC News reports.

Many of these themes were present in "Lips Together, Teeth Apart" as well as "The Ritz," which became one of the first plays with openly gay characters to hit the mainstream.

Oscar-winner F. Murray Abraham, who appeared in a Broadway production of "The Ritz," said of McNally, "His plays are a pleasure to do, but what he says is important, too. And he's like a fountain he keeps on writing and writing and writing."

McNally won his first Tony Award for the book of the musical "Kiss of the Spider Woman," a book which explored gay themes much like his other works. He later won another Tony Award for "Love! Valour! Passion!"

"I like to work with people who are a lot more talented and smarter than me, who make fewer mistakes than I do, and who can call me out when I do something lazy. A lot of people stop learning in life, and that's their tragedy," he told LA Stage Times in 2013.

He worked on a handful of Broadway musical adaptations including "The Full Monty," "Catch Me If You Can," and "Ragtime."

While receiving his Tony Award for "Ragtime," McNally said in his speech, "You came together when I was in trouble. It was a time of oppression. You came together overnight. Our voices were heard, and we won. So this is for freedom. Thank you."

McNally was born in St. Petersburg, Florida but grew up in Texas.