Vanessa Bryant has just updated her Instagram’s profile picture to reflect an image of husband Kobe Bryant alongside daughter Gianna. 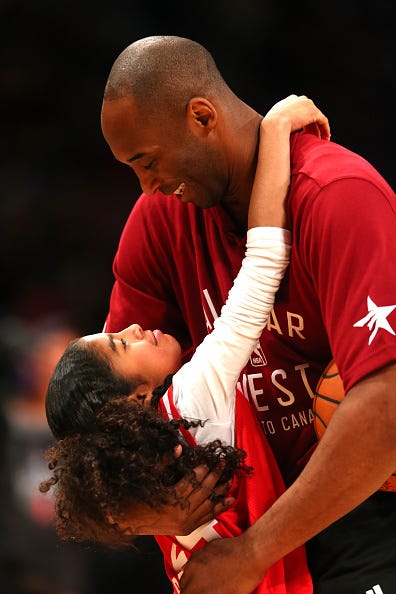 The image shows Kobe leaning in for a hug with Gianna. Vanessa’s page features many images of herself alongside her late husband and three children. Many of her posts are tributes to her daughters on their respective birthdays.

On Sunday, Kobe Bryant and his daughter Gianna were in a horrific helicopter crash that killed everyone on board. All 9 victims have been identified, and authorities are working to uncover the details of the crash.

At a briefing on Tuesday, officials revealed that the helicopter crashed into a foggy mountain near Calabasas, California. The helicopter had climbed to about 2,300 feet before lowering at a rate of about 23 miles per hour.

The helicopter may have missed the clearing at the top of the mountain by a mere 20 to 30 feet, according to the New York Times.

The crash, which happened on the day of the GRAMMY Awards, sparked a series of tributes to the late basketball legend. Alicia Keys opened the ceremony with a song in Kobe Bryant’s honor alongside Boyz II Men, while many other celebrities flooded to social media to share their condolences.