There’s a lot that goes into planning the perfect Christmas celebration.

Decisions need to be made about the decorations, the presents, and most importantly, the dinner menu.

But how do the royals celebrate?

Typically, for the last three decades, the family has spent their time at the Sandringham estate in Norfolk where they held a lunch and attended mass on Christmas morning, The Independent reported.

However, due to the coronavirus pandemic, Buckingham Palace confirmed that Queen Elizabeth and the Duke of Edinburgh will spend their time at Windsor Castle instead this year. It’s unclear if they’ll be joined by their children or grandchildren.

Royal sources say that the Queen and Prince Philip hope to see some members of the family over the break “but understand there will be competing demands and are therefore content to spend a quiet Christmas in Windsor,” Vanity Fair notes.

Despite the change of scenery, many of the traditions will be upheld, including the dinner menu. 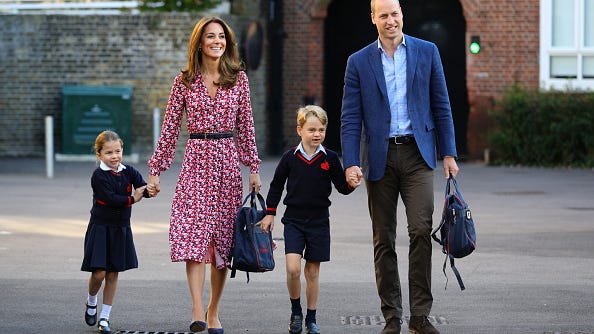 Darren McGrady, who was the Queen’s personal chef for 15 years, opened up about cooking in the royal kitchen.

And best of all, he shared what’s on the menu for Christmas with Hello! Magazine.

Turns out, the Queen doesn’t like to switch it up, so they keep the “same meal every year.”

Their choice of meat for the holidays is a classic turkey.

"They're actually boring when it comes to festivities. They didn't do hams or anything, just traditional turkeys,” he said.

“We did three turkeys for the Queen and her family in the royal dining room, one for the children's nursery and then more for the 100 or so staff, so everyone had a Christmas lunch,” he added.

As for the side dishes, the kitchen staff is not allowed to use strong flavors like garlic or onion since the Queen doesn’t like them.

"The Queen doesn't like garlic... we could never use it at Buckingham Palace,” he explained.

Dessert, on the other hand, makes a statement with the Christmas pudding “decorated in holly, doused in brandy, and the palace steward would carry it, flaming, into the royal dining room.”

McGrady also revealed the Queen sticks to small but frequent portions, even during the holidays.

As for libations, her favorite go-to drink is either a gin and Dubonnet or a flute of champagne.

sports
New York Mets fire Jared Porter amid reports of lewd texts, images
news
Can you take pain relievers after getting the COVID-19 vaccine?
news
Some wealthy Americans accused of getting vaccines before they're eligible
sports
Why are Patriots fans pulling for Tom Brady, but not Rob Gronkowski?
sports
Terrell Owens: 'I don’t regret anything about my career'