While celebrating Pride it is imperative to understand the history of where the movement gained its roots. Pride was not always a month where people covered themselves in rainbows and glitter. Pride started with protests, riots, and marginalization. Pride also started with Black and Brown lesbian women and transgender women at the helm of the movement. Activists and artists, such as Marsha P. Johnson, Sylvia Rivera, and Stormé DeLarverie are credited with being on the front lines of justice for the LGBTQ+ community.

Since moves towards equality first began fro the LGBTQ+ community, we are still fighting for freedom and demanding that Black lives matter and Black trans voices need to be heard.

While landmark legislation has been passed and a new road is being paved, we still have a long way to go. The LGBTQ+ community is comprised of various intersections of gender, sexual orientation, race, and class. Until all these intersections are celebrated, uplifted, and heard we must continue to educate ourselves on the history of Pride.

This is a list of 16 key moments in LGBTQ+ history, but for a wide spectrum of understanding the history of Pride in a modern context listen to CHANNEL Q. CHANNEL Q is the first nationally syndicated LGBTQ+ radio station. 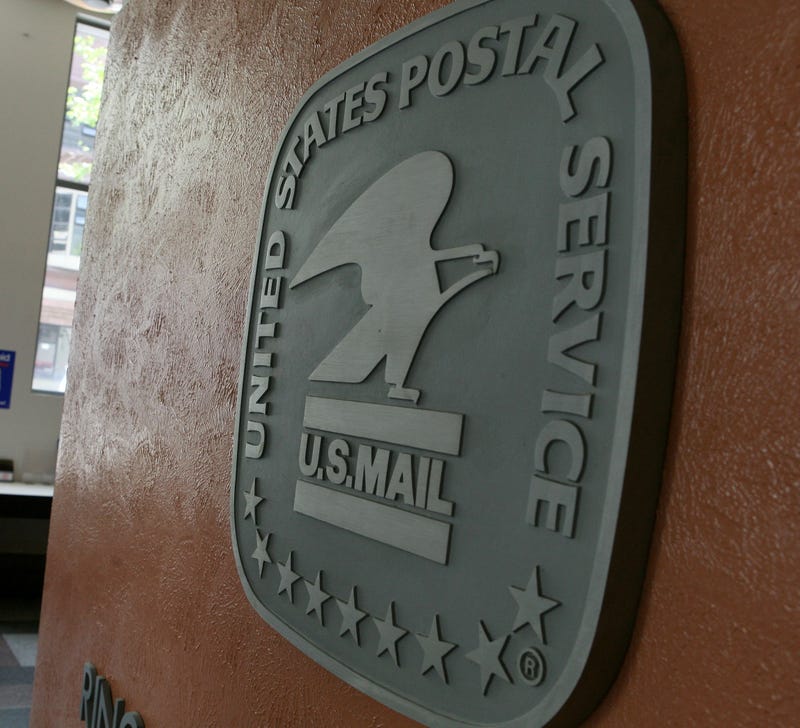 After the U.S. Post Office had refused to deliver one of the first gay publications, ONE: The Homosexual Magazine, the issue was taken to court. Ultimately SCOTUS ruled in favor of ONE magazine. This is a landmark case in LGBTQ history because this was the first time the Supreme Court ruled in favor of gay rights. 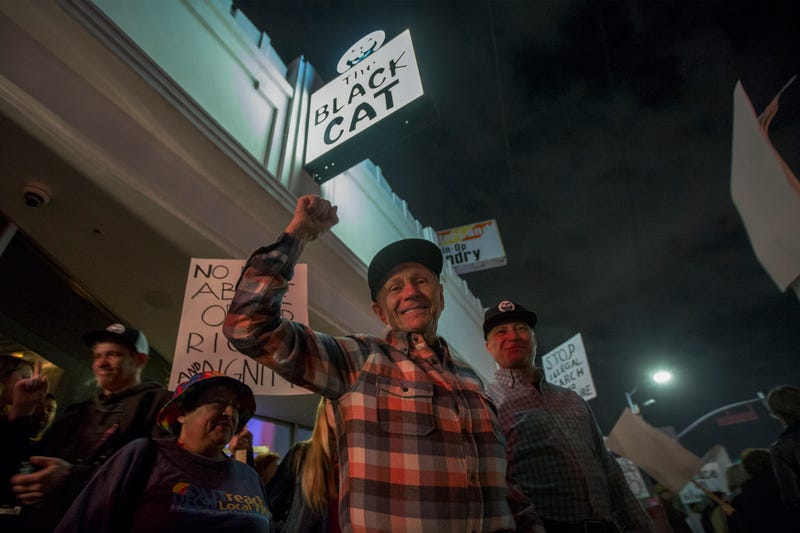 On New Year’s Day, in Los Angeles, the Sunset Boulevard based gay bar, the Black Cat Tavern was raided by plainclothes police officers. Patrons of the bar were beaten and arrested. In the following month, members of the LGBTQ+ community staged a protest in the front of the now historical bar.

In the early morning hours on June 28th, 1969, police performed a raid of the now famed New York City gay bar, the Stonewall Inn. The customers and their supporters took a stand. The event turned into a protest and led to a days-long series of riots. Those "Stonewall riots" are largely considered the start of the LGBTQ civil rights movement in the United States. 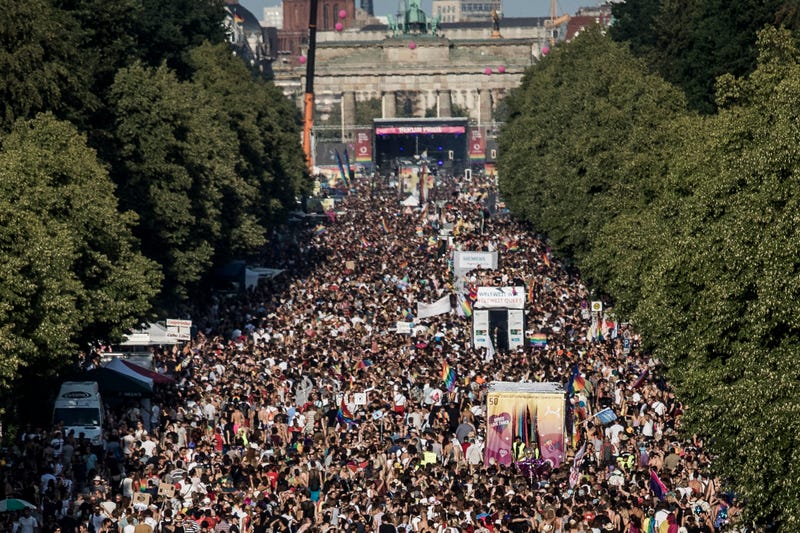 One year after Stonewall, people commemorated the uprising with marches in New York City, Chicago, San Francisco and Los Angeles. The phrase "gay pride" was also brand-new that year, coined by activists as a shorthand to unite the events planned as part of the movement. In 1971, pride became global, with parades and demonstrations in West Berlin, London, Paris and Stockholm. 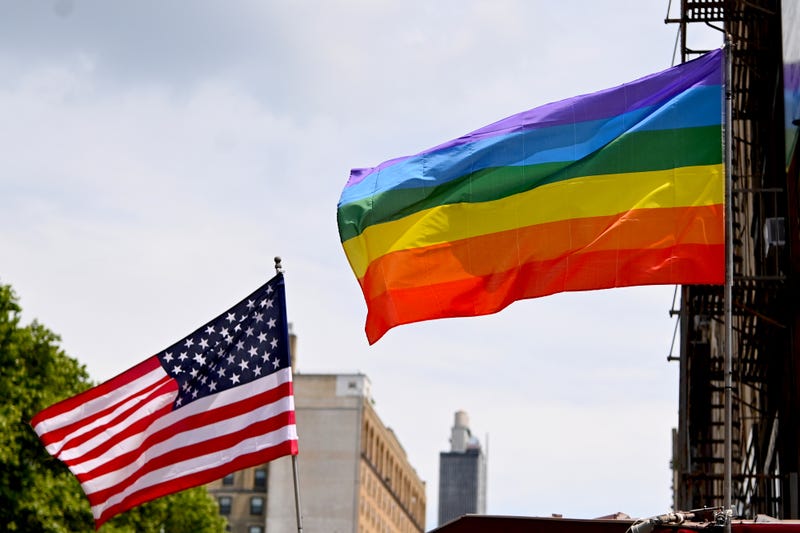 Homosexuality Is No Longer Considered a Mental Illness - 1973

As attitudes changed, learning how to be accepting came into the national purview, and studies were released. The American Psychiatric Association removed homosexuality from the Diagnostic and Statistical Manual of Mental Disorders. 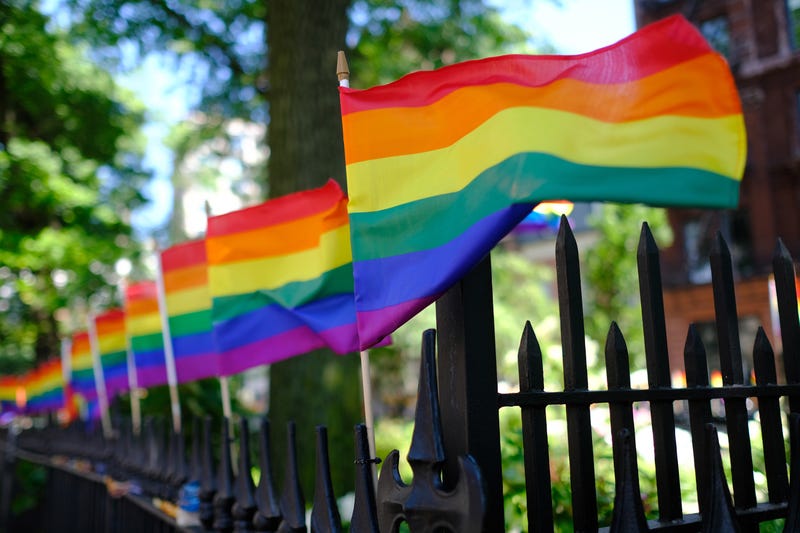 Glibert Baker, who described himself as the "gay Betsty Ross," created the first Pride flag from strips of fabric dyed in trash cans in the attic of San Francisco's Gay Community Center before the city's 1978 Pride parade. Each of the flags original eight colors had a meaning. Pink for sex, red for life, orange for healing, yellow for sun, green for nature, turquoise for magic, blue for peace and purple for spirit. 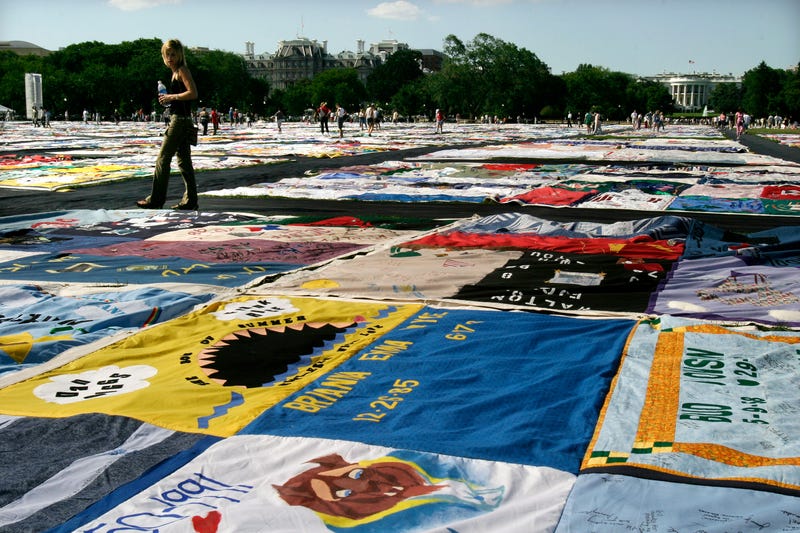 While the Pride movement brought LGBTQ+ life out of the shadows, the HIV/AIDS epidemic plunged the community into crisis. The AIDS Memorial Quilt was displayed for the first time on the National Mall in Washington, D.C., during the National March on Washington for Lesbian and Gay Rights. That weekend, half a million people visited the quilt, which covered a space larger than a football field and included 1,920 panels. The largest community art project in the world, the quilt is both a celebration of the lives lost to AIDS-related causes and a powerful reminder of diseases deadly toll. 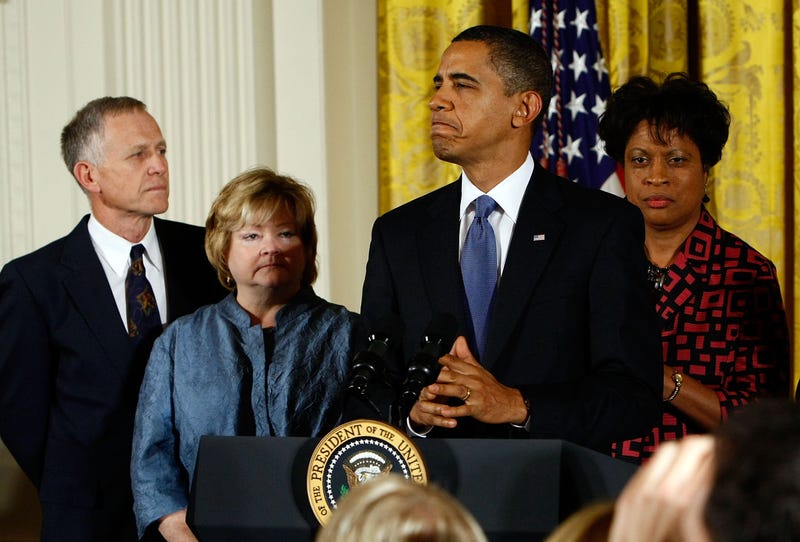 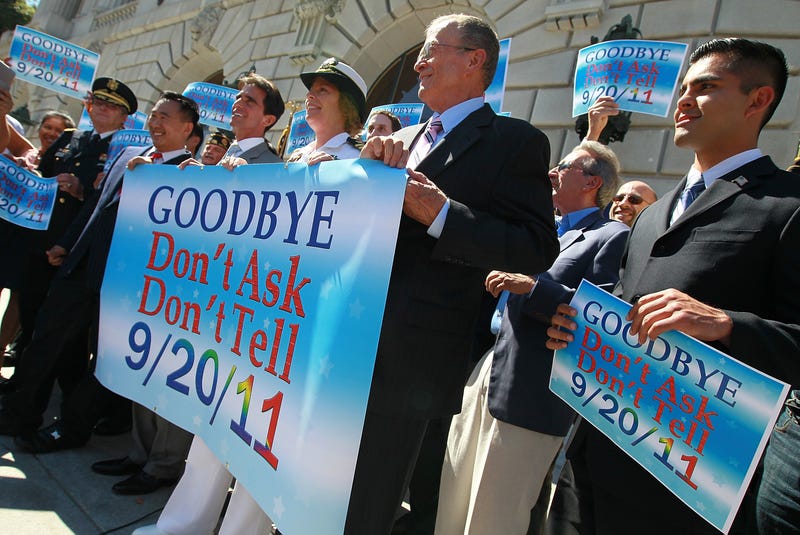 President Barack Obama overturns the law that prevented out LGBTQ+ community members to openly serve in the U.S. military. 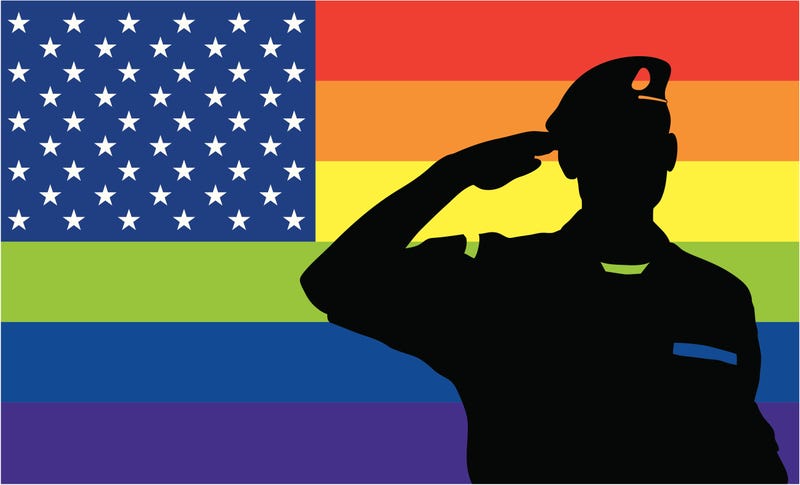 Though, "Don't Ask, Don't Tell" was repealed in 2011, sexual orientation was still not a protected class under the Military Equal Opportunity Policy until June of 2015. That year, U.S. Defense Secretary, Ashton Carter announced that sexual orientation would officially be added to the anti-discrimination policy. 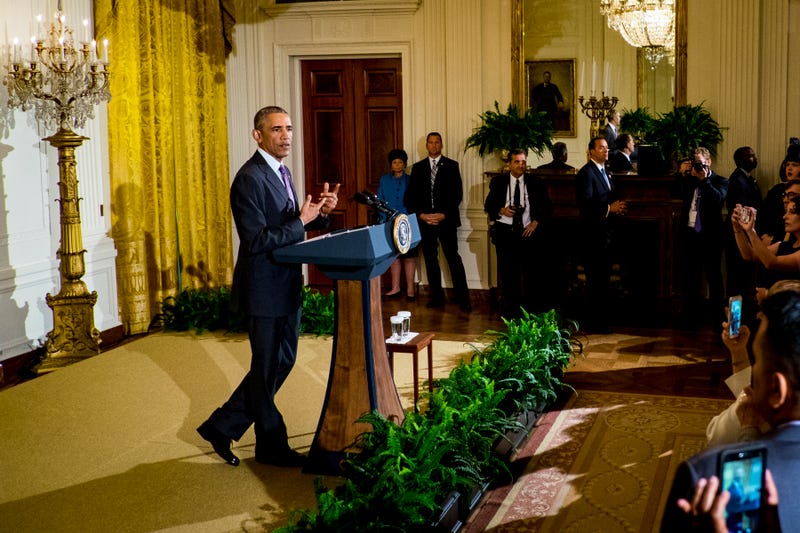 For the first time in U.S. history, the words "lesbian," "bisexual," and "transgender," were used in the president's State of the Union address, when President Obama mentioned that, as Americans we, "respect human dignity," and condemn the persecution of minority groups. 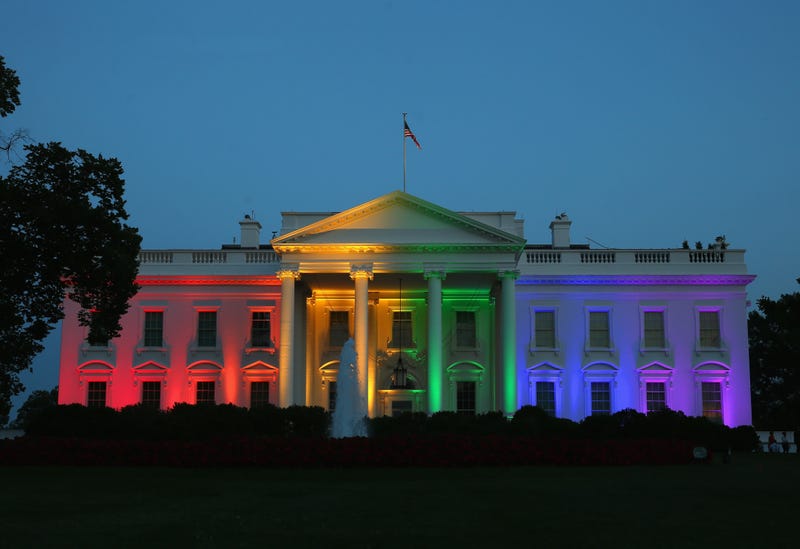 On this date, the United States Supreme Court declared that same-sex marriage is a federally recognized Constitutional right. After this ruling, all fifty states in America must grant the right to get married to anyone, without bias and discrimination based on sexual orientation or gender identity.

Marsha P. Johnson and Sylvia Rivera are celebrated and memorialized with a monument - May 2019

Before Pride month began last June, New York City dedicated a new monument to honor the 50th anniversary of the Stonewall Inn Riots. Trans activists, leaders in the Stonewall Inn riots, and founders of Street Transvestite Action Revolutionaries (S.T.A.R.), Marsha P. Johnson and Sylvia Rivera are the faces of the monument that will stand in Greenwich Village. 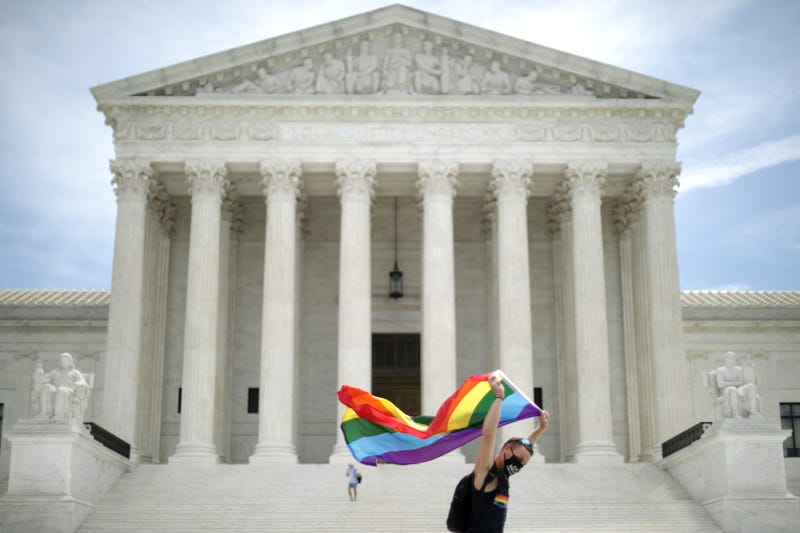 The United States Supreme Court ruled that it is illegal for employers to fire workers because of their sexual orientation or gender identity. This ruling came under Title VII of the Civil Rights Act. 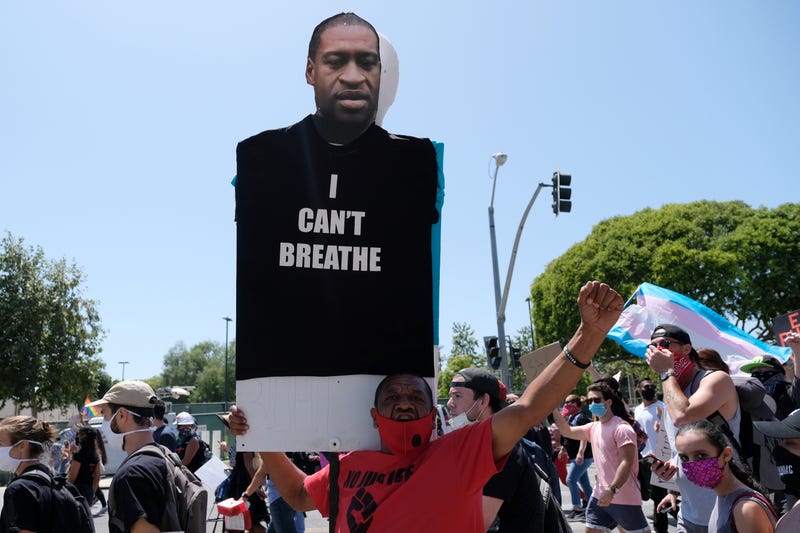 Many are just waking up to the idea that Pride is intersectional. Pride does not exist without Black lives, Black trans lives, and Black differently-abled lives. The LGBTQ+ community is one of the largest communities to support so many intersections of race, class, gender, and sexual orientation. This year Pride parades around the United States were shifted into marches of solidarity, marches organized by Black drag queens, and marches that acknowledged that Pride isn’t just a party or a chance to cover yourself in rainbow glitter. Pride is a celebration of intersectionality and one of many moments to uplift marginalized voices.