It's that time of the year again!

The 2019 American Music Awards are happening tonight at the Microsoft Theater in Los Angeles.

This is a star-studded night for music fans. The event is hosted by singer Ciara, and features performances from Lizzo, Post Malone and Taylor Swift. Some of music's biggest stars are nominated for awards, including Drake, Halsey, Billie Eilish and Ariana Grande. 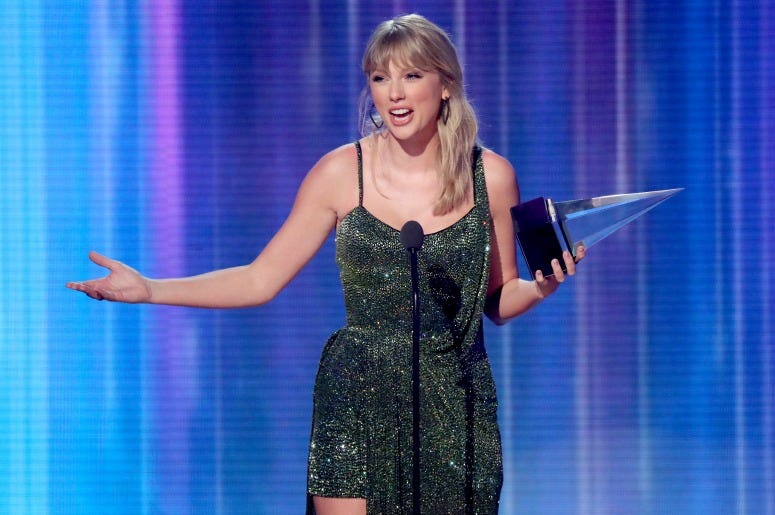 The 2019 American Music Awards air at 8 P.M. ET on ABC. See the best looks from the red carpet in below, and don't forget to check out the full winners list.. 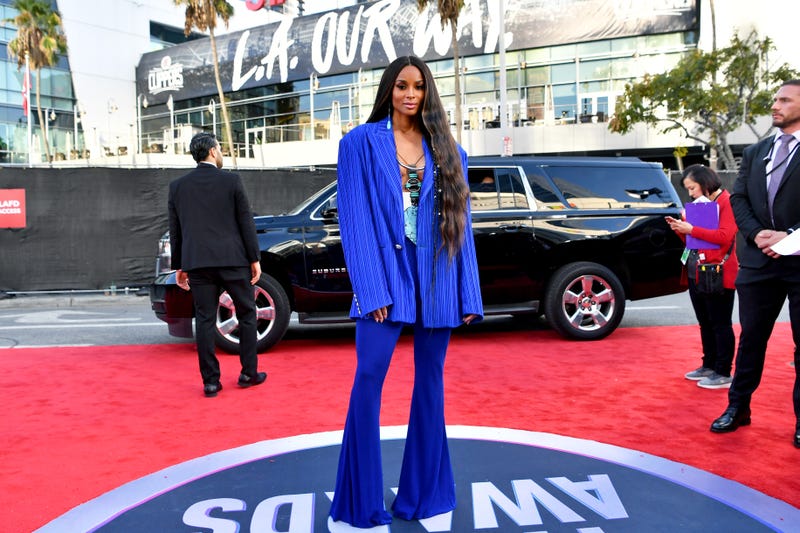 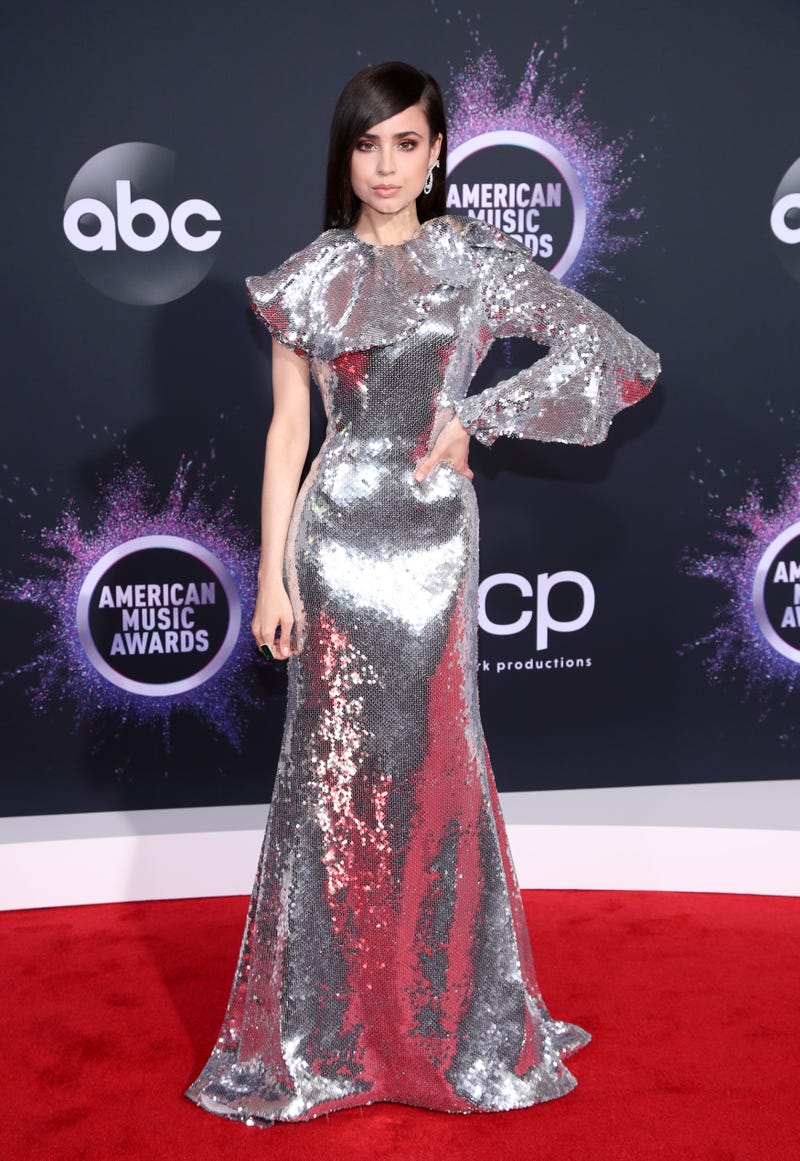 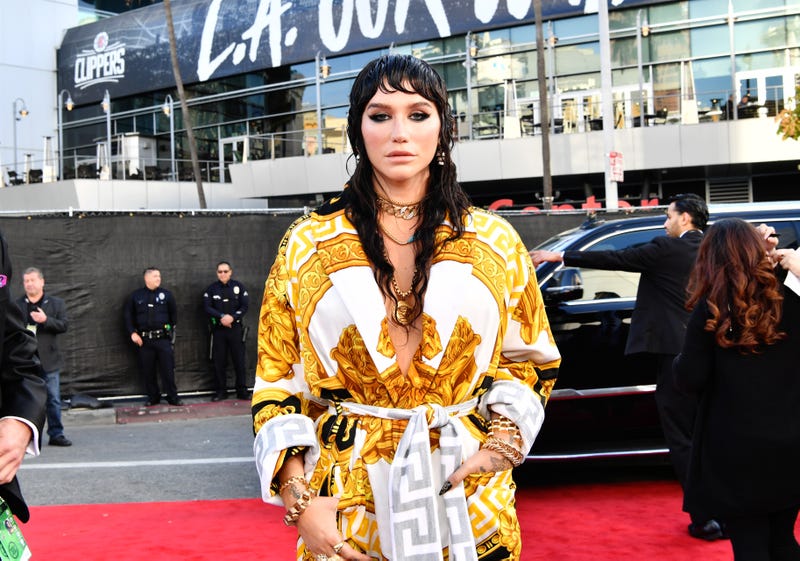 Kesha shows up fierce and bold in this unique gold dress and a no-nonsense black hairdo. 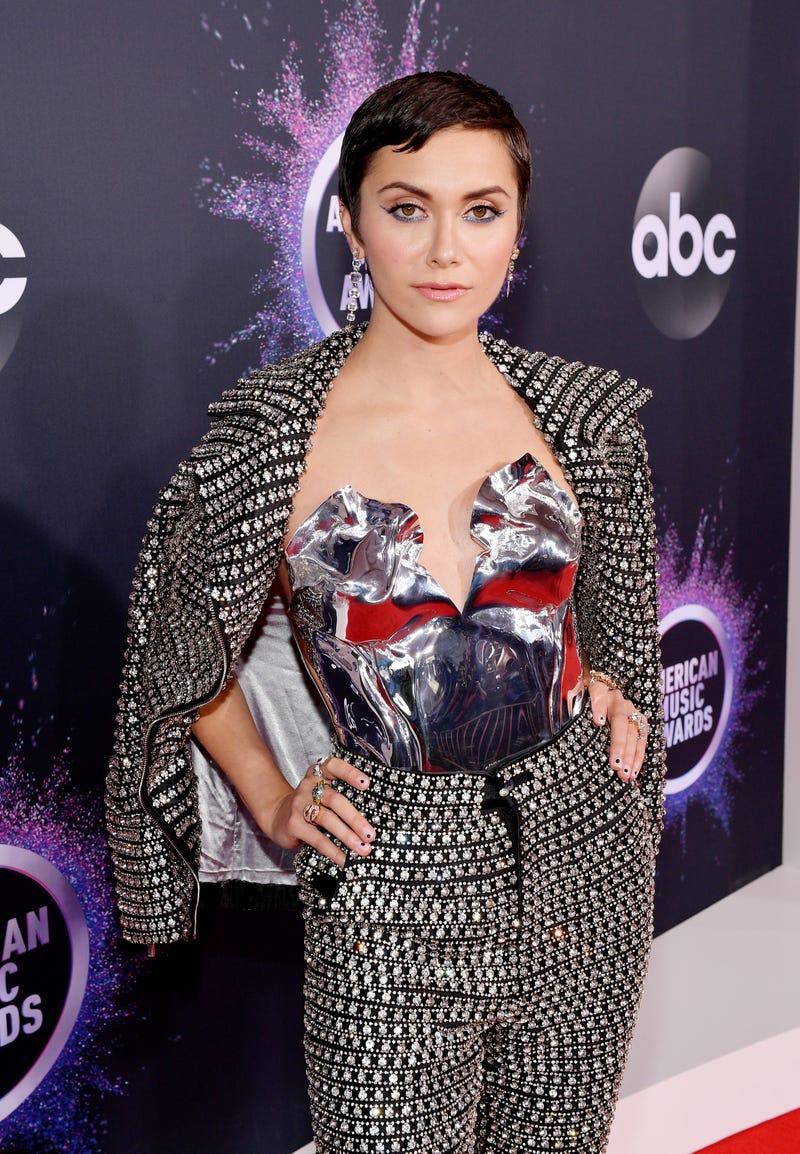 Alyson Stoner is rocking the heavy metal in this studded jacket and pants combo. 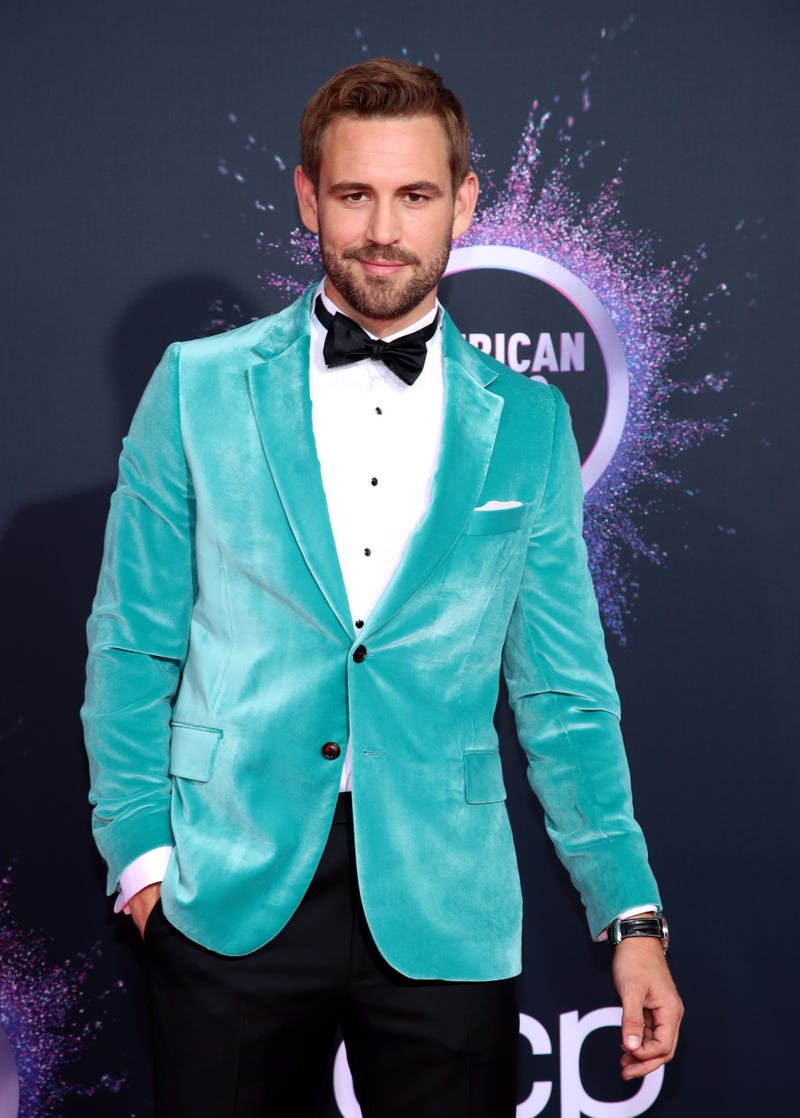 You'd be grinning too in this fit. Nick Viall is prom goals in this lux tux with the velvet turquoise jacket.

Selena is looking fab as ever in this little neon dress, going for the monochrome effect with the matching heels. 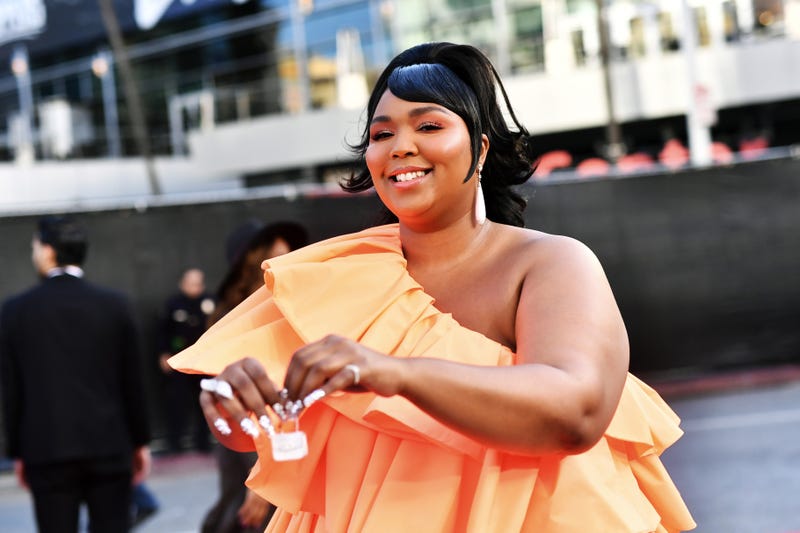 It's a huge night for Lizzo, who's performing and nominated for three awards including Best New Artist. She can't hide her excitement in this orange, one-shoulder ruffle dress. 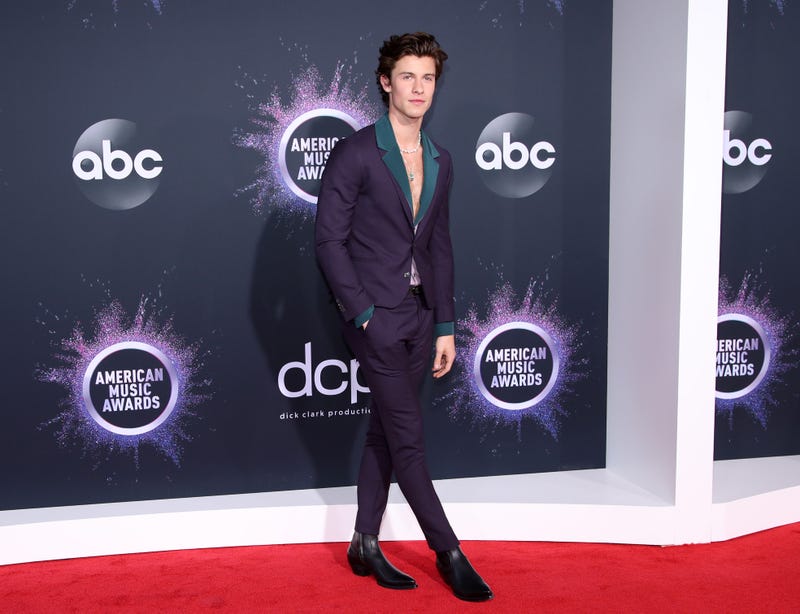 Heart throb alert. Mendes has got the chest out in this teal and mauve get-up. The singer is nominated for Best Social Artist, as well as Best Collaboration for "Senorita."

No one's pulling off the cowboy swag quite like DIplo. He looks ready to swig a sarsaparilla in this nu-country ensemble. 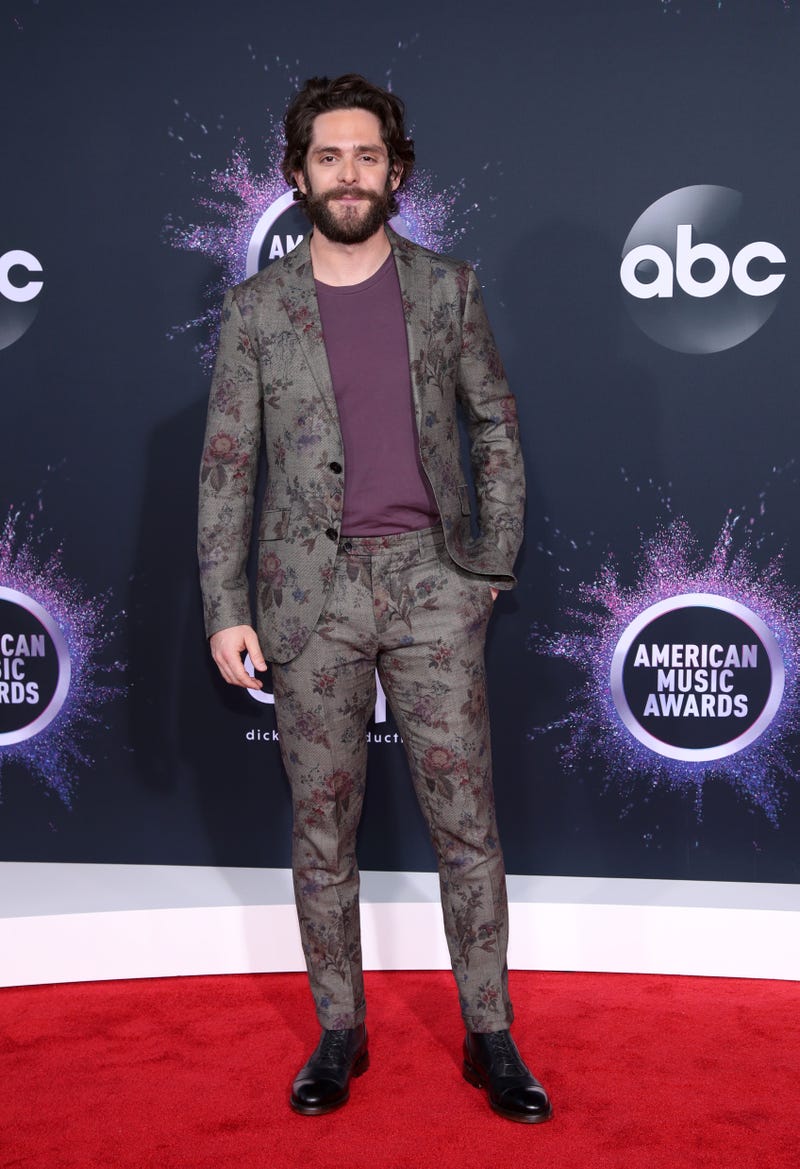 Rhett is low-key rosy in this gray floral suit, styled with the understated t-shirt underneath. 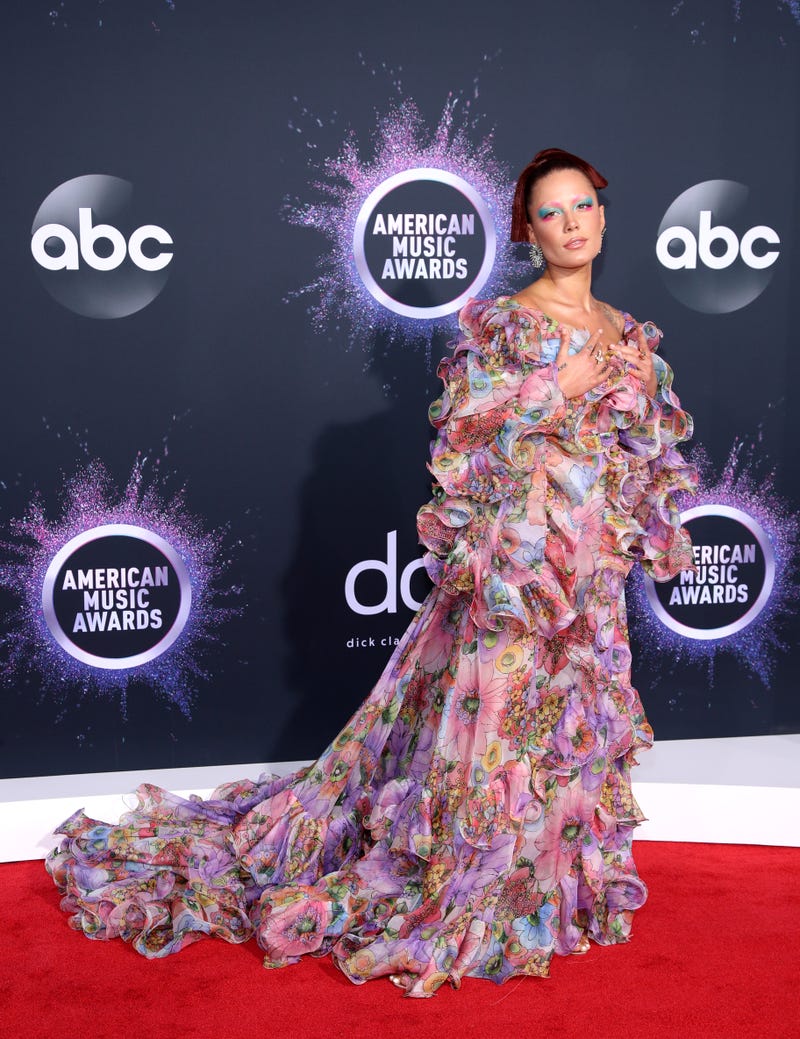 When does Halsey ever not dress to impress? She looks captivating in this billowy sundress on steroids, a big flow-y splash of color. 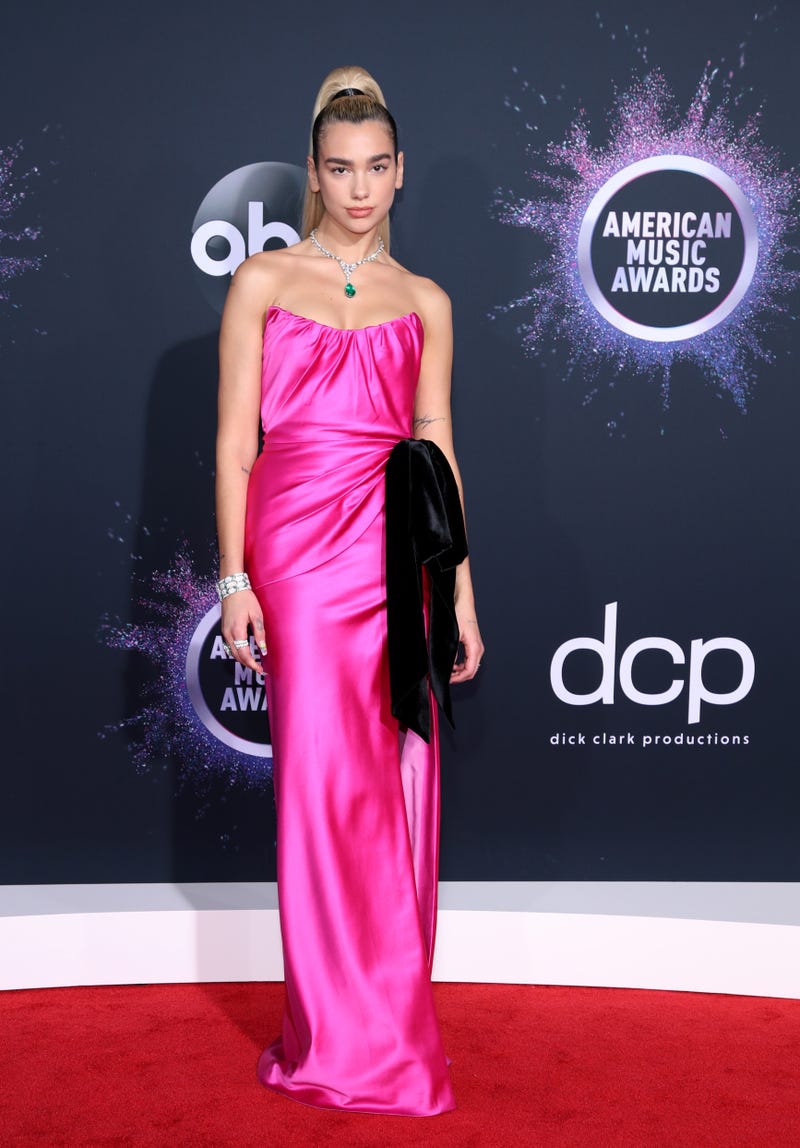 Dua Lipa looks elegant in this haute pink strapless gown, with the sash-y bow dangling at her waist. 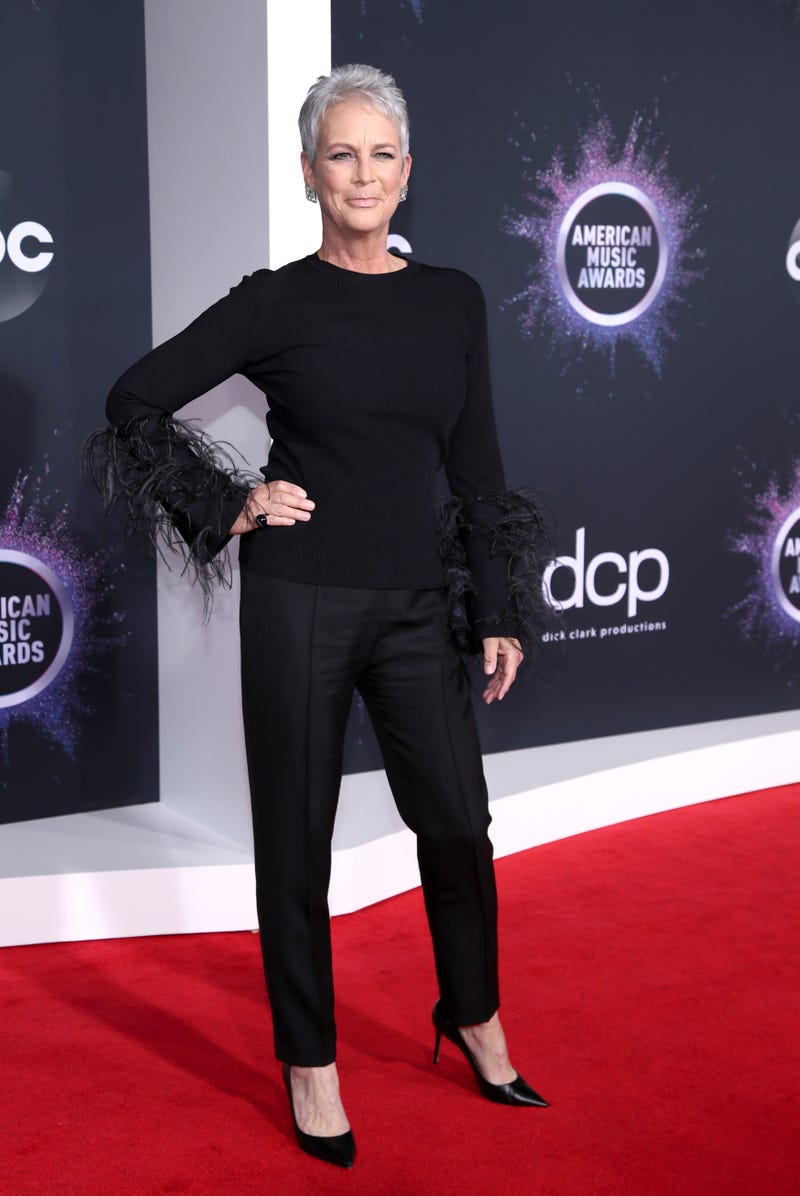 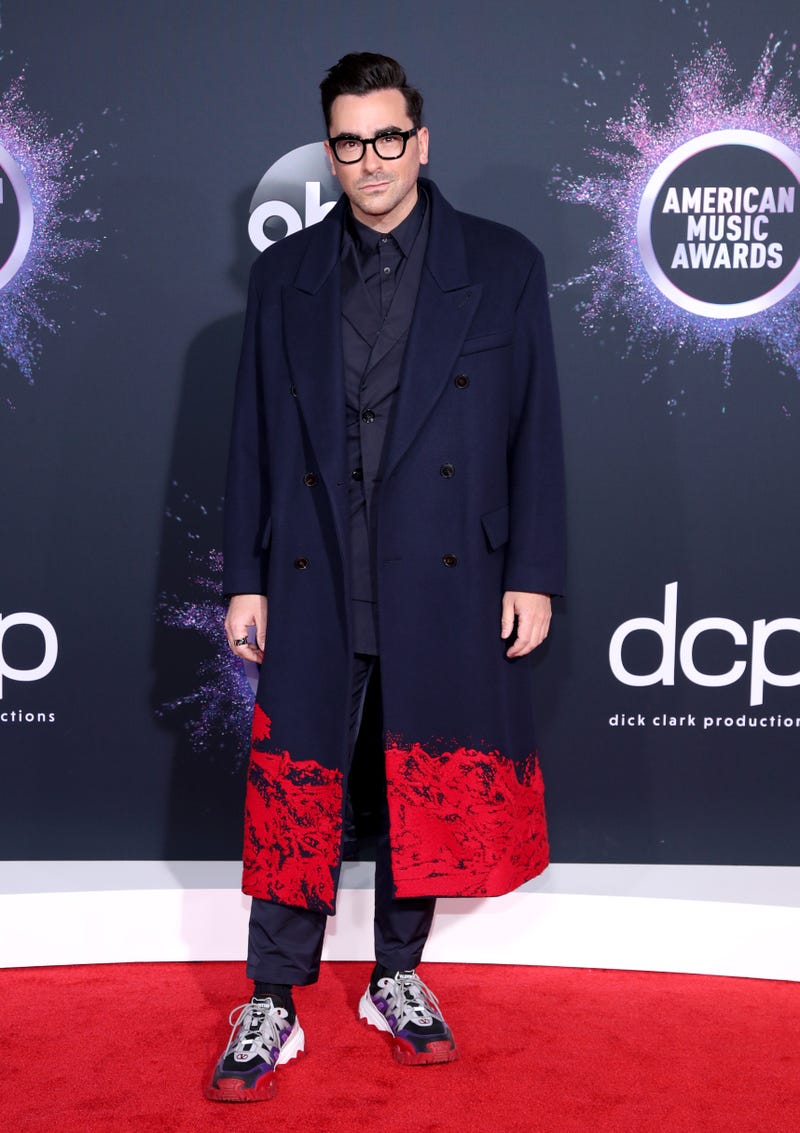 Daniel Levy proves all it takes is a splash of color and dressed-down sneaks to think outside the box on the red carpet. 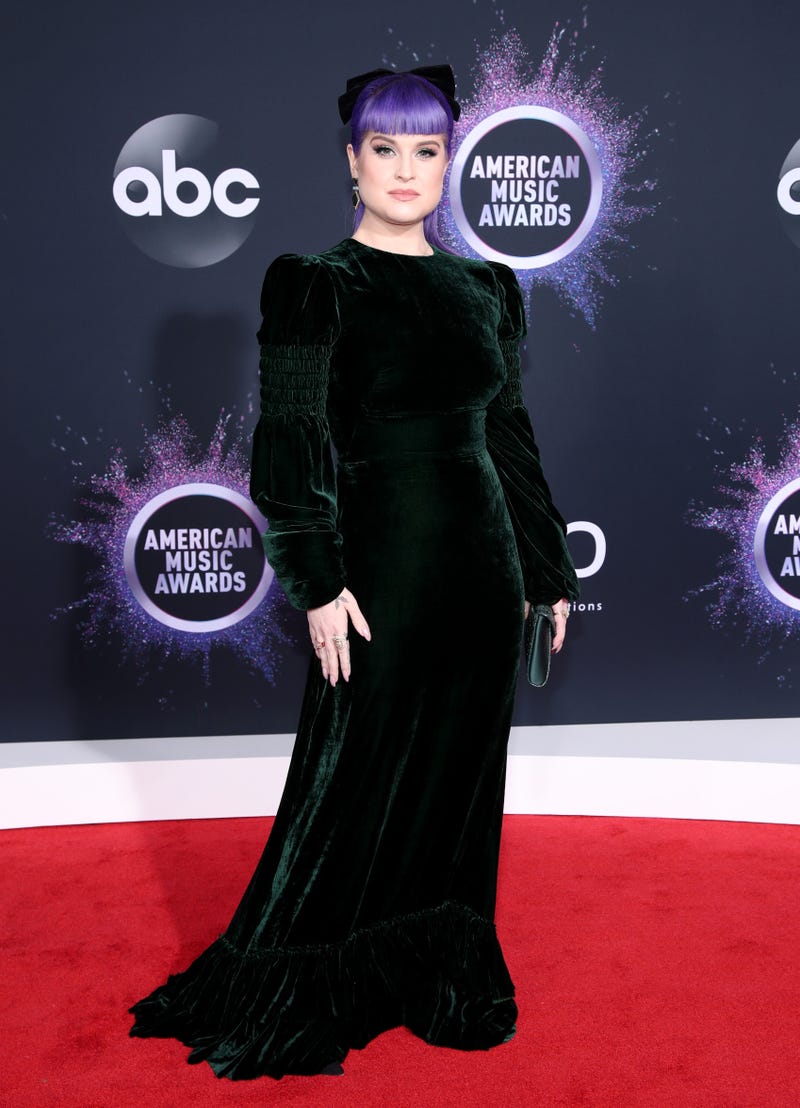 Even though the world's waiting to see if "The Osbournes" will come back, you can always find Kelly in a fierce fit on the red carpet. 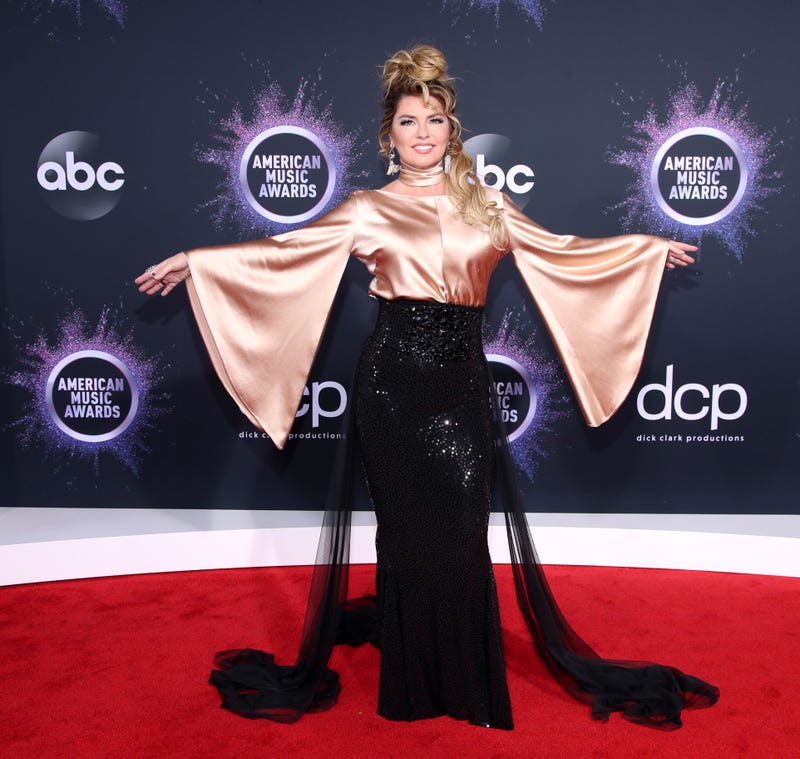 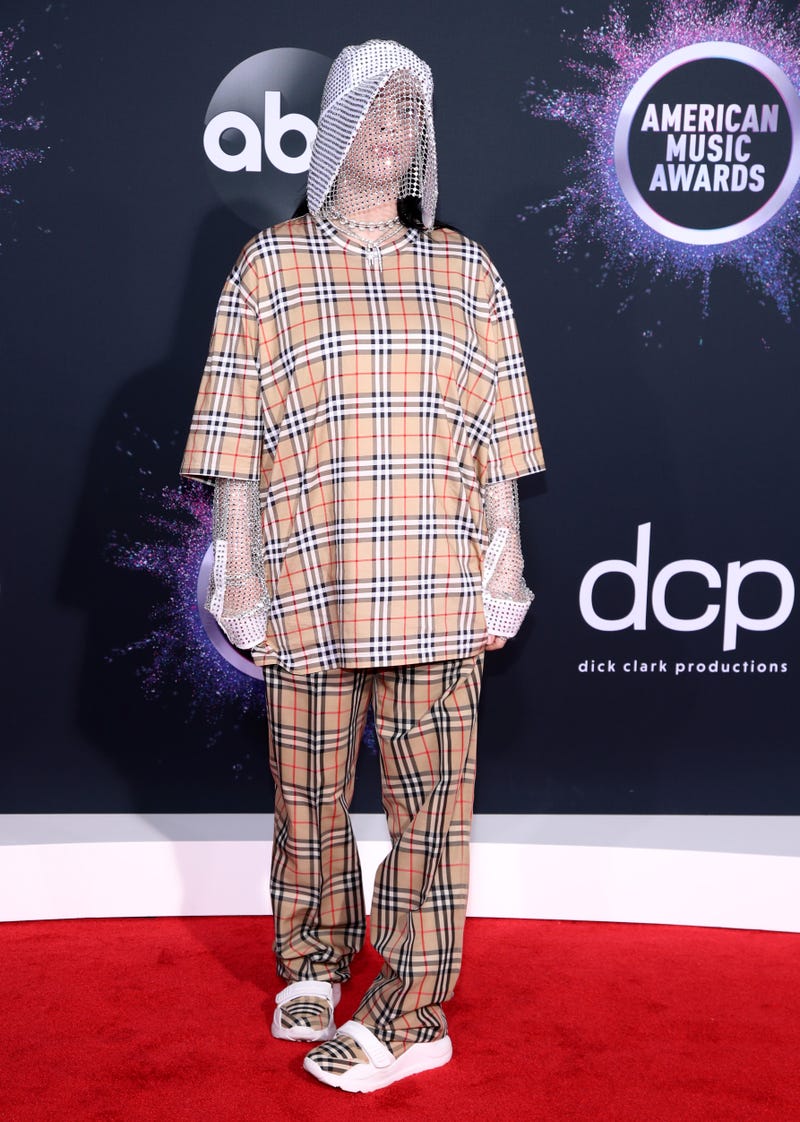 Eilish is looking like a fashion-forward beekeeper in this checked shirt and pants, styled with a bejeweled veil face covering. 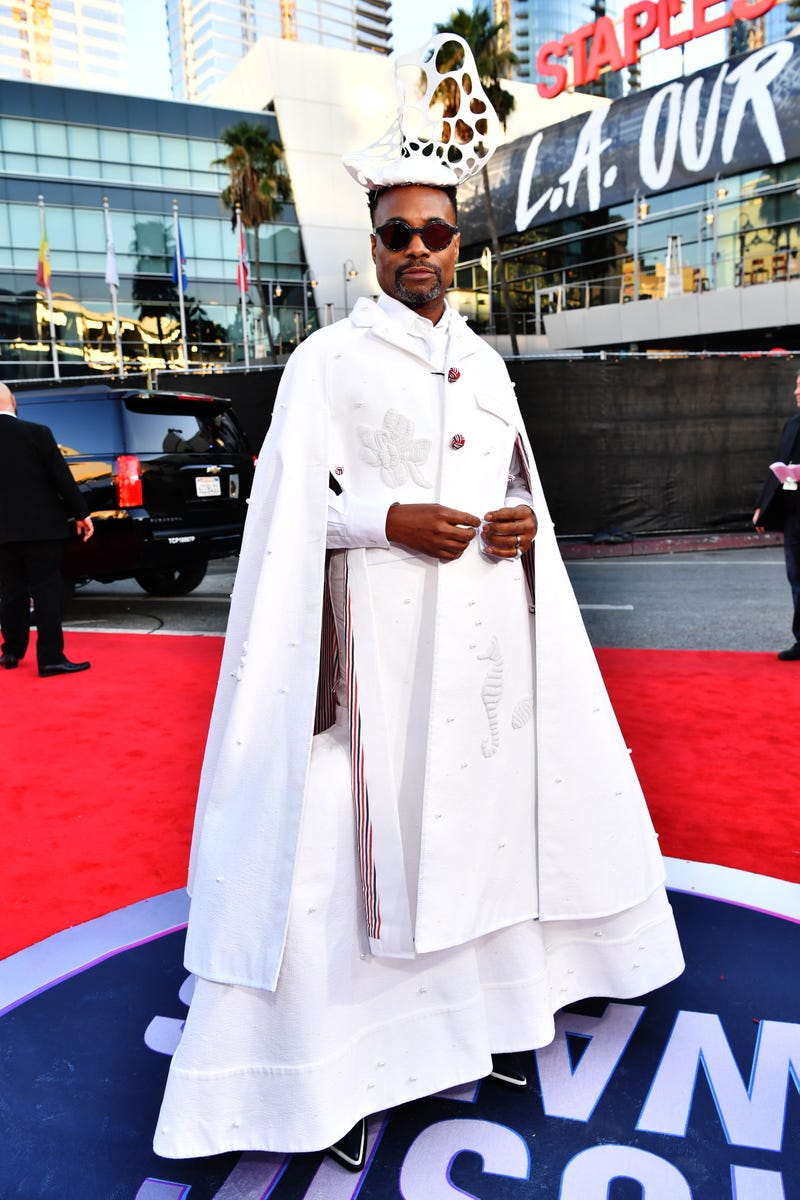 Yes king. To call this outfit regal would be an understatement. 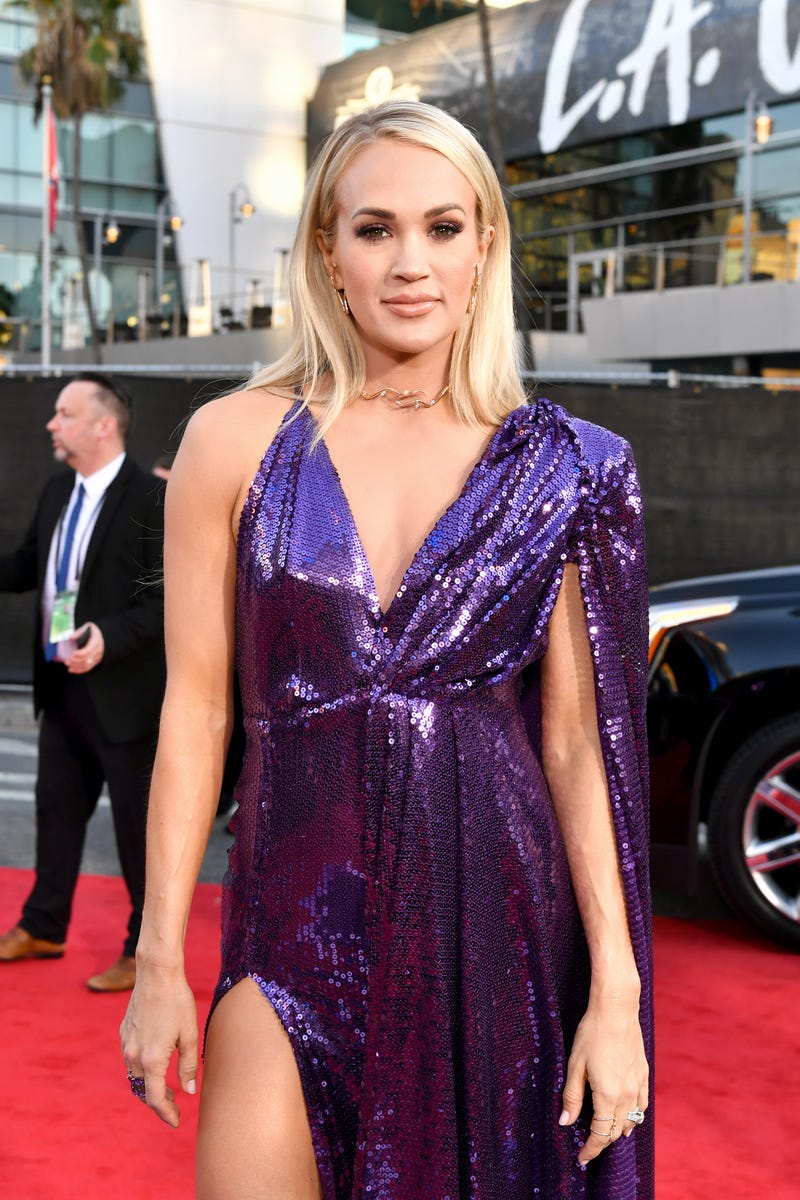 The country star is dazzling in this purple sequin dress, rounded out with a sexy leg slit and unique one-shoulder cape detail. 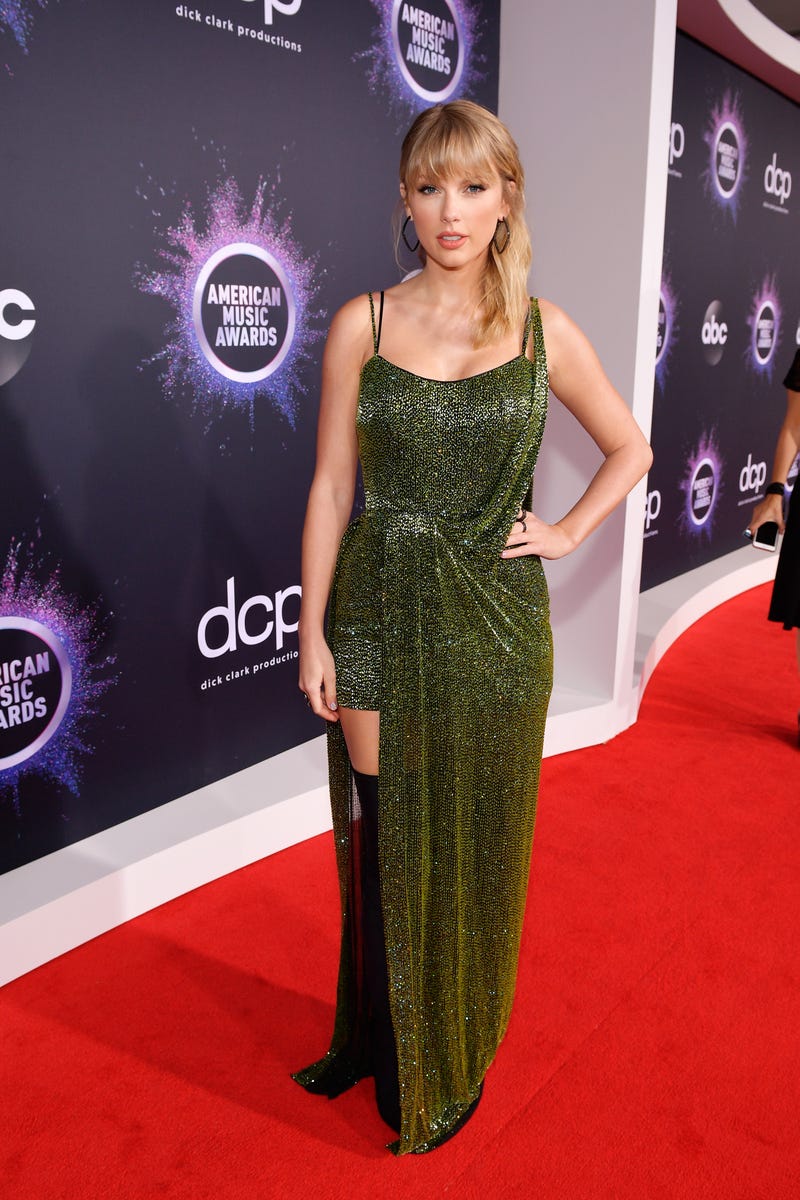 Swift has arrived and she does not disappoint in this shining, earth-queen dress. 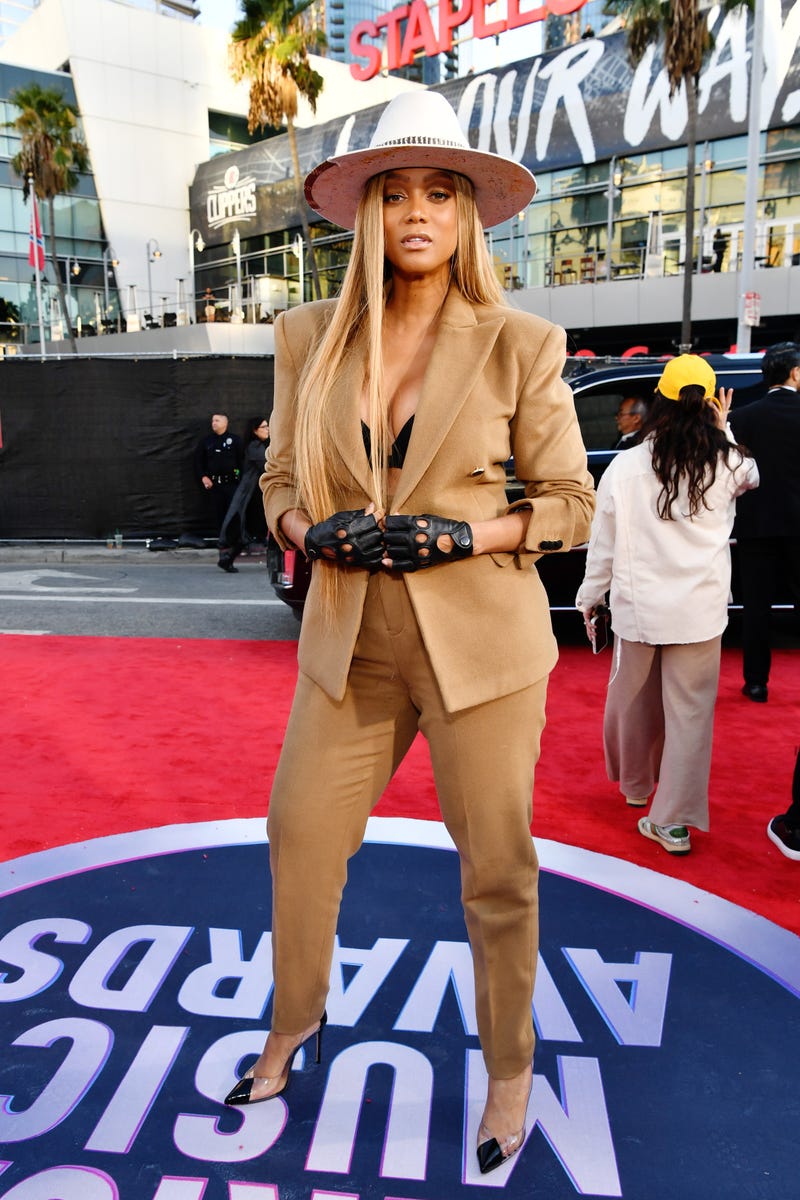 Tyra Banks rocks the earthy tones with this tan suit, punctuated by black biker gloves and a white flat-rimmed hat. 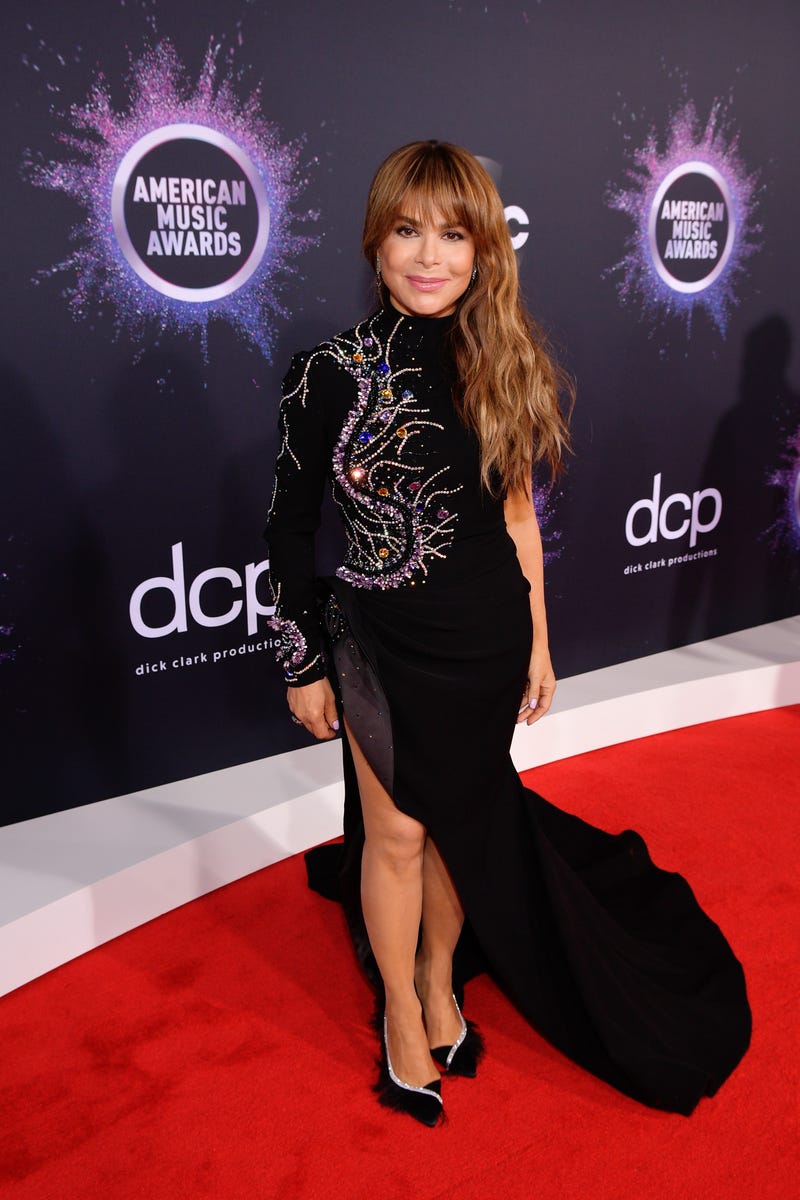 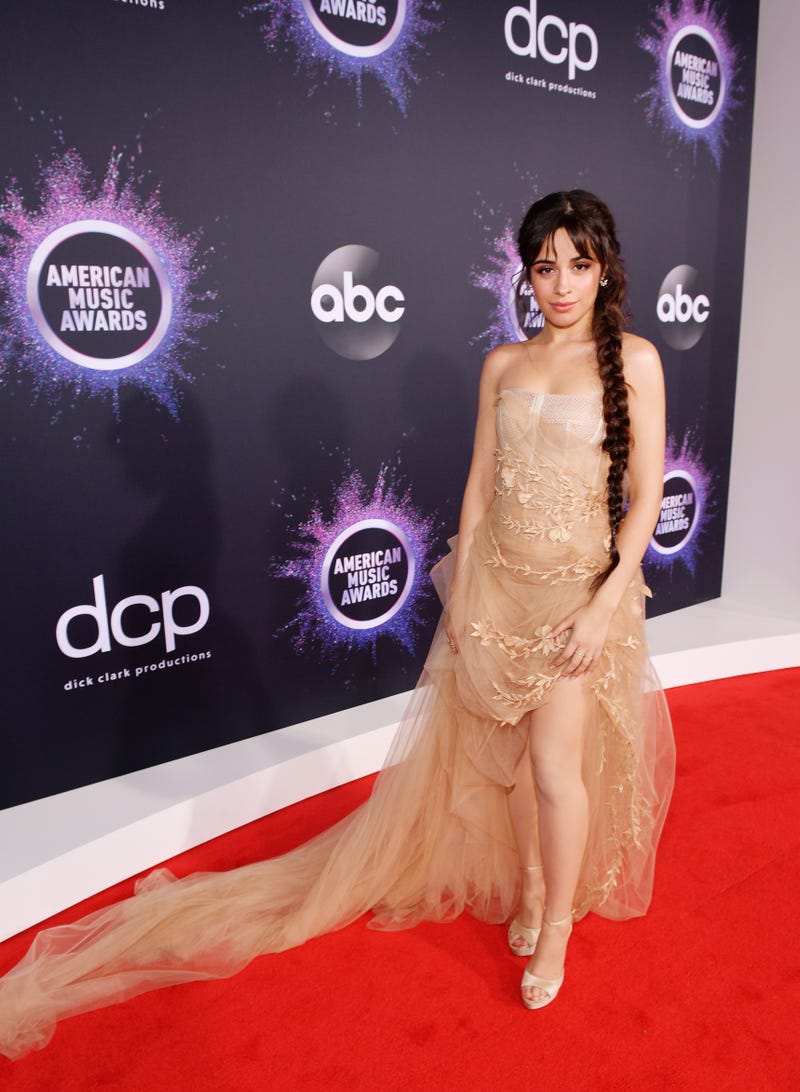 Cabello is channeling fairy energy in this nude-colored, mesh and lace strapless dress. 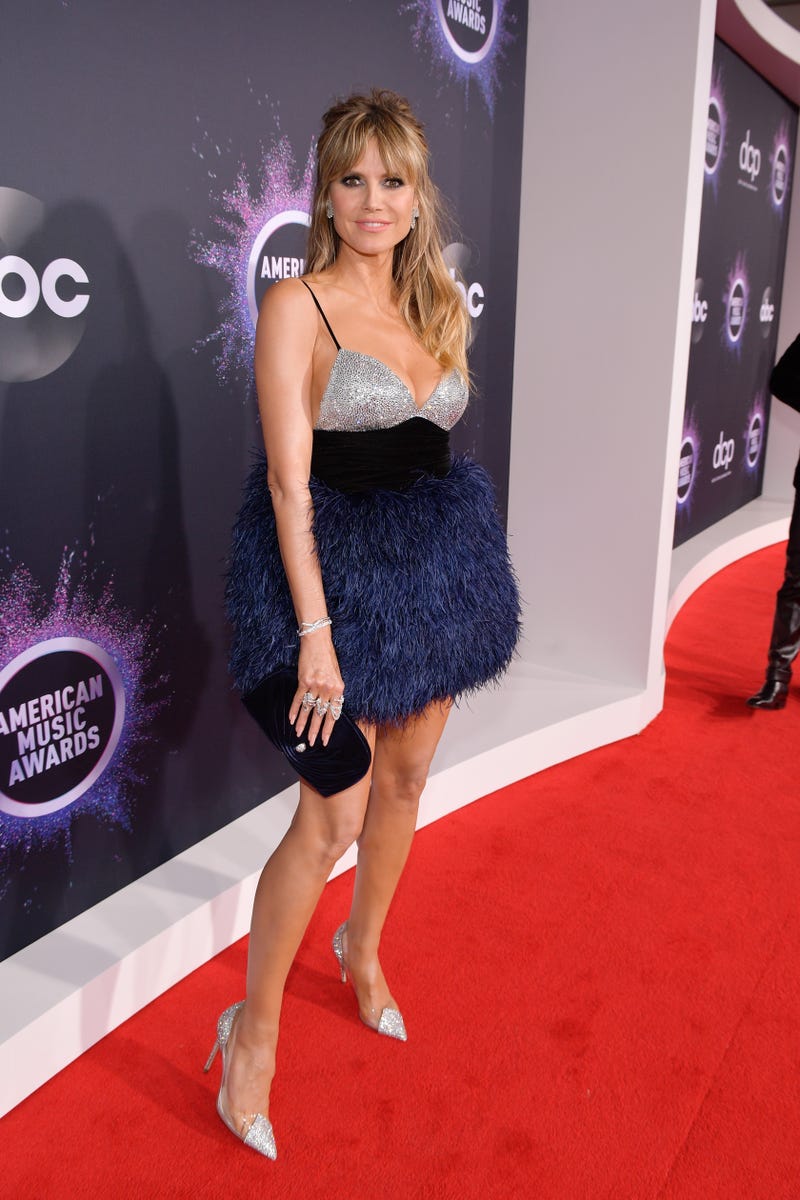 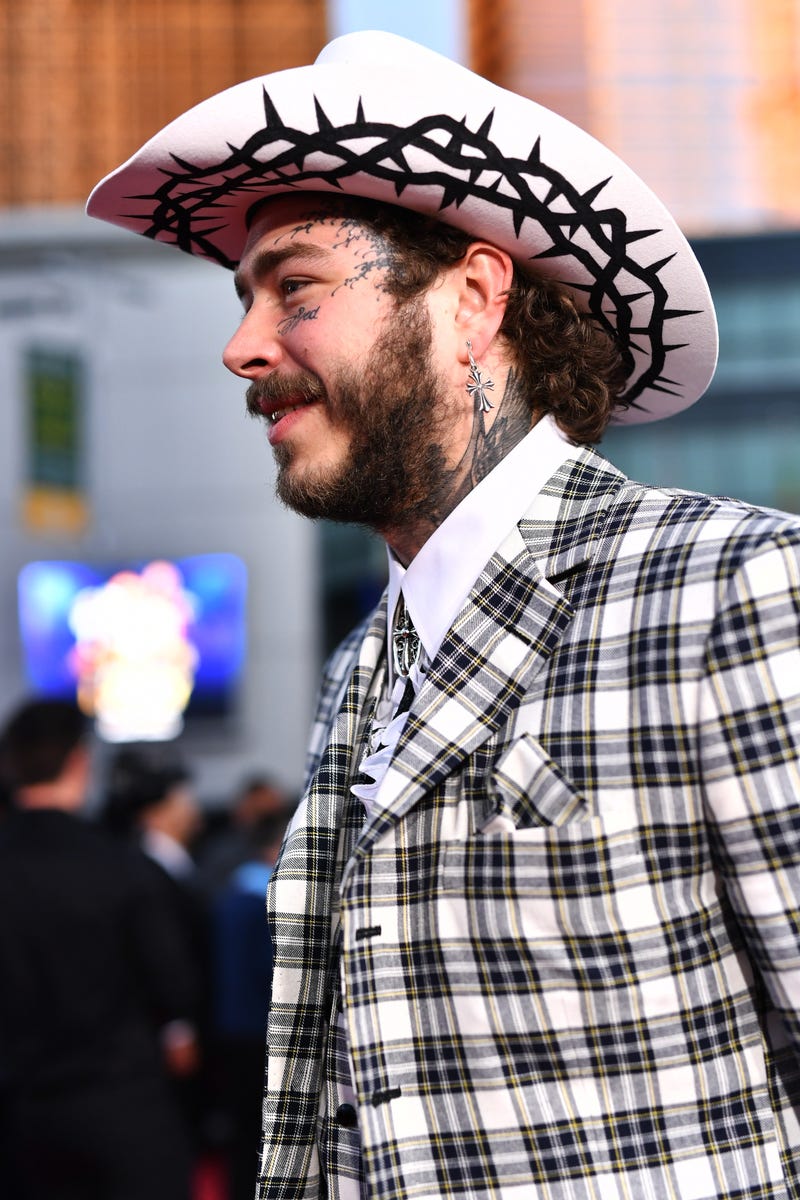 Malone's dressed like Shotgun Willie for the swag generation in this checkered suit, barbed wire hat and dangly cross earring. 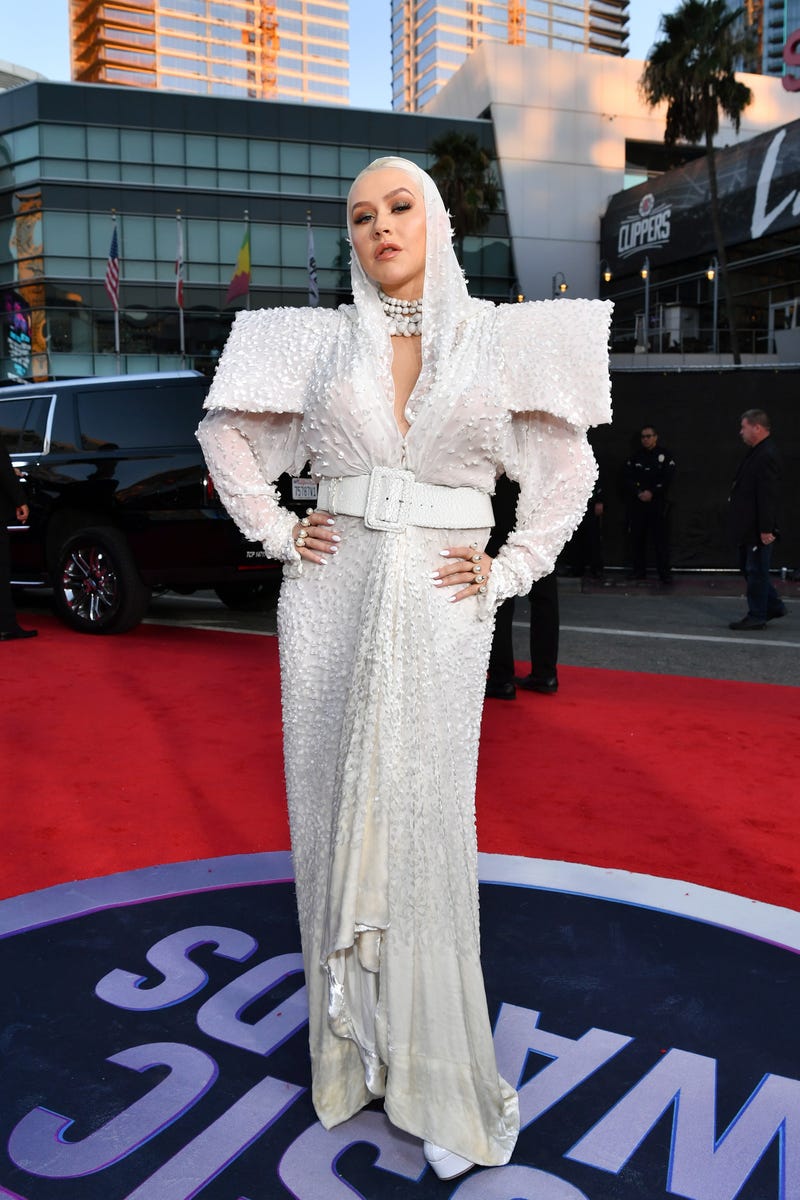 This white, fuzzy dress with the geometric shoulders is probably Aguilera's most genie-in-a-bottle look yet. 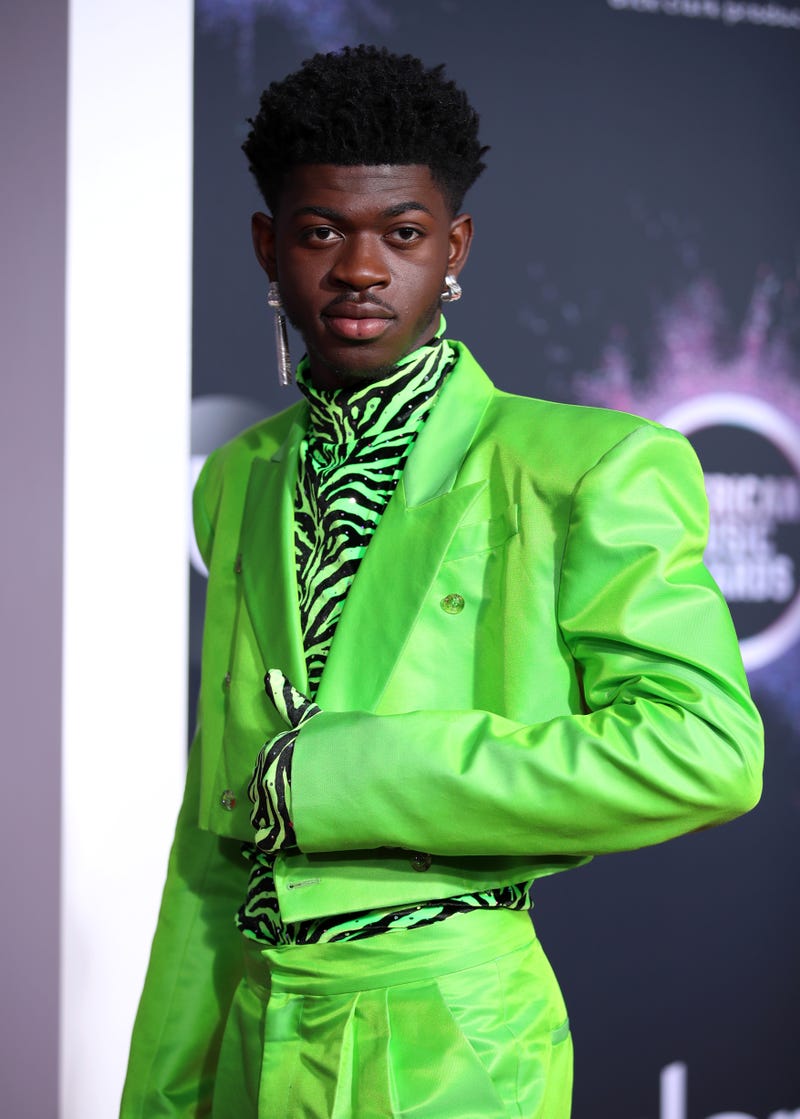 Not one to be outdone on a night full of cowboy looks, Lil Nas X is feeling himself, wearing something a little more pop and iconic than the usual country get-up.