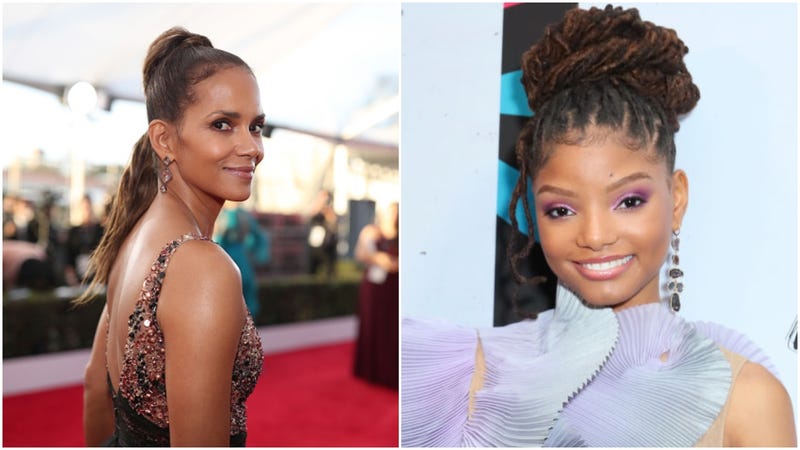 Ever since Disney announced that the live-action remake of “The Little Mermaid” would feature Halle Bailey as the star, misreads and confusion swept Twitter as fans scanning the headlines assumed they read “Halle Berry.”

Just Announced: Halle Bailey has been cast in the upcoming live-action reimagining of The Little Mermaid. pic.twitter.com/GAUydbkfMV

But fans weren’t the only ones to notice the striking similarities in their names. Berry took to Twitter to shout out her fellow Halle.

“In case you needed a reminder…Halles get it DONE,” she writes. She then congratulates Bailey on landing the role and talks about her excitement in seeing how the new film pans out for the star.

“Congratulations @chloexhalle on this amazing opportunity, we can’t wait to see what you do! #TheLittle Mermaid #HalleBailey.”

In case you needed a reminder... Halles get it DONE. Congratulations @chloexhalle on this amazing opportunity, we can’t wait to see what you do! #TheLittleMermaid #HalleBailey pic.twitter.com/z0Rik2nxRe

Bailey responded, saying, “this means the world. happy to share names with you.”

this means the world. happy to share names with you 😭😭 love you lots https://t.co/Wzkj8Mgsze

The back-and-forth continued as Berry chimed in with a final compliment. “You are amazing, THRILLED for you!!,” including the hashtag, #TheHalleLegacy.

You are amazing, THRILLED for you!! #BlackGirlMagic #TheHalleLegacy ♥️♥️♥️♥️ https://t.co/ybAE9JVvCn

The news of Bailey’s new role was announced Wednesday. Director Rob Marshall said in a statement, “After an extensive search, it was abundantly clear that Halle possesses that rare combination of spirit, heart, youth, innocence and substance -- plus a glorious singing voice -- all intrinsic qualities necessary to play this iconic role.”

According to CNN, Melissa McCarthy, Jacob Tremblay, and Awkwafina are “in talks to star.”