How crazy? Public Enemy hype man Flavor Flav just tweeted out a photo of himself with US Secretary of the Treasury Steven Mnuchin and we're not really sure what to do with it.

In the post, Flav says that he's not political, but welcomed the chance to talk with Mnuchin "about the importance of knowing when your time is up."

Fuck politics - but I'm always happy to talk to anyone about the importance of knowing when your time is up. .@realdonaldtrump could've used that talk. pic.twitter.com/pOMBJlQFZ5

We're thinking this Twitter commenter is on the right track with his possible Chuck D. reaction...

Back in March, the iconic Hip Hop group made news upon the announcement of the firing of Flavor Flav -- which in the end turned out to be an elaborate ploy to gain interest in a new album. 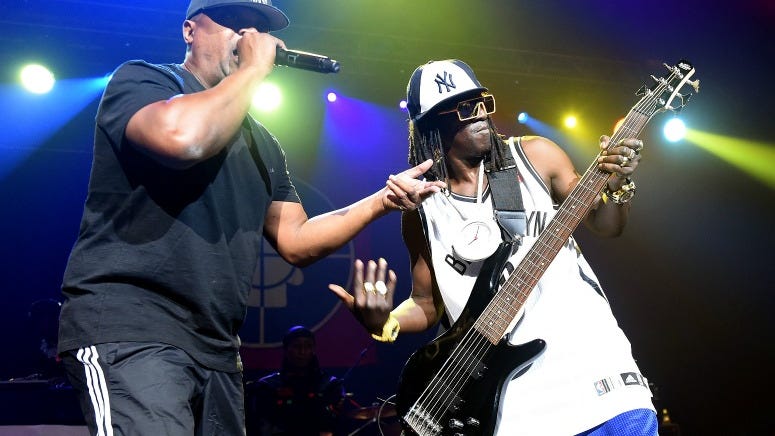 Flava Flav Firing From Public Enemy Was Just a Joke

As for Steven Mnuchin, his most recent brush with celebrity came in May when he and Guns N' Roses frontman Axl Rose publicly butt heads on social media.