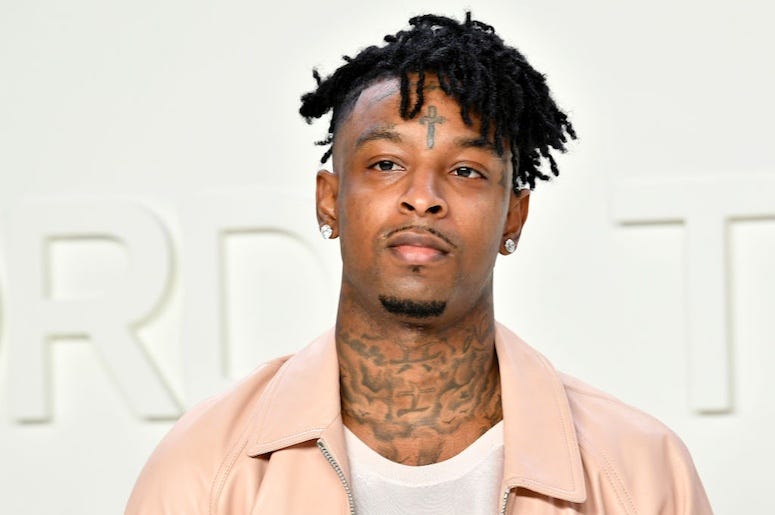 21 Savage took to Instagram to mourn the loss of his brother, Terrell Davis, who was killed on Sunday night.

“Can’t believe somebody took you baby bro,” 21 Savage captioned his Instagram post. “I know I took my anger out on you wish I could take that s*** back,” he added.

Davis, who also rapped under the moniker TM1way, was reportedly fatally stabbed during an argument.

21 Savage, whose real name is She’yaa Bin Abraham-Joseph, was born in London and moved to Atlanta when he was seven. In an interview with The Fader, he revealed he lost another brother, Quantivayus “Tayman” Joseph, who was shot to death during a drug deal that went wrong.

Recently, 21 Savage has been on a mission to “break cycles of poverty” in the Black community by launching his own financial-literacy campaign. Called “Bank Account,” the campaign aims to teach young people about finance and put them on a path towards financial security.

“When I was a kid, I knew there had to be a way to understand how to make and save money—but no one was teaching me that in my Atlanta schools,” he said at the time.

Savage aims to give “the next generation to have a head start and the knowledge on the value of making good financial decisions so they have a clear path to achieve success and financial security.”

sports
After missing out on Hall of Fame, Curt Schilling announces he will withdraw from ballot
sports
Tributes pour in after passing of NBA reporter Sekou Smith
sports
No one elected to the Baseball Hall of Fame's Class of 2021
sports
Sabrina Ionescu on Gigi Bryant’s basketball talent: ‘She was going to be great’
sports
NWHL releases statement in response to video posted by Barstool CEO
sports
Who says no to this Mavericks trade for Bradley Beal?