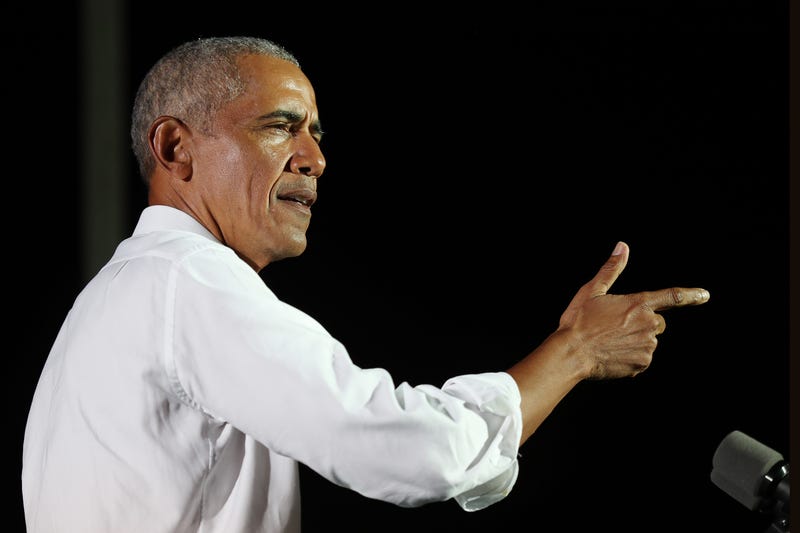 During an Interview with ATTN, Barack Obama shared how he often turned to Hip Hop in times when he was seeking inspiration and motivation most during his presidential campaign. The former United States President explains that one particular song from Eminem’s Academy Award-winning soundtrack from 8 Mile really stuck with him.

Slim Shady’s “Lose Yourself” was a song that Obama says helped get him into the right mindset. “Whenever I needed some inspiration on the presidential campaign, I often turned to music,” Obama shares with ATTN. He adds, “It was rap that got my head in the right place. Two songs especially: JAY-Z’s ‘My 1st Song’ and Eminem’s ‘Lose Yourself.’ Both are about defying the odds and putting it all on the line.”

Speaking about these two songs prompted the former President to do a dramatically graceful reading of “Lose Yourself,” and to instantly go viral. The video caught the attention of Eminem and he shared it to his Instagram story, simply captioning it with the prayer hands emoji.

Beyond inspiring Obama, “Lose Yourself” has been the soundtrack to many motivational moments. Most recently and most notably, President-Elect Joe Biden utilized the song in a campaign video that celebrated Michigan voters in light of the dark times the country is facing.