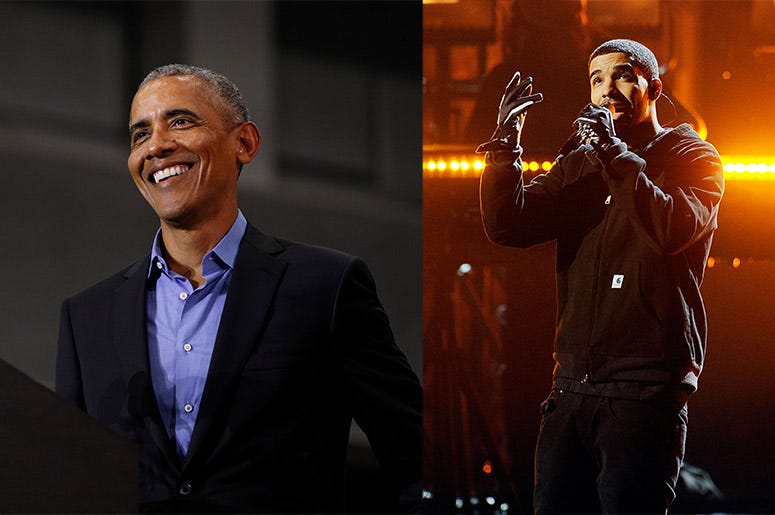 Barack Obama has given his Presidential seal of approval for Drake to portray the 44th POTUS in a future movie.

The subject comes to light after his extensive interview with Complex magazine, talking about his time in office, the current political landscape, and how he will be viewed in the coming years. The most pressing question: Would Obama approve of Drake playing him in a feature film?

“I will say this: Drake seems to be able to do anything he wants. That is a talented, talented brother,” the former POTUS told Speedy Morman for the video series, 360 With Speedy Morman. “So if the time comes and he’s ready? You know what, Drake has — more importantly, I think — my household’s stamp of approval. I suspect Malia and Sasha would be just fine with it.”

One feature film has already been made about Obama’s life, 2016’s Southside With You. Drake didn’t make an appearance, but there’s still time for Drizzy to star as America’s first African-American President. The rapper is a huge fan Obama’s. He even posted a tribute (?) to the Commander and Chief that resembles a mashup of the two men.

Obama also touched his controversial comments about rap that were documented during an Atlantic interview, earlier this month. He said rap music is "all about the bling, the women, the money." POTUS cleared the air about his position.

“I am the first to recognize the power of Hip Hop not just as music but as social commentary,” he told Speedy. “There are many, many - even among rappers I love - attitudes with respect to women or material belongings that reinforce the sense that the measure of the man is how much stuff he's got and sexual conquest. And that is not a controversial statement."