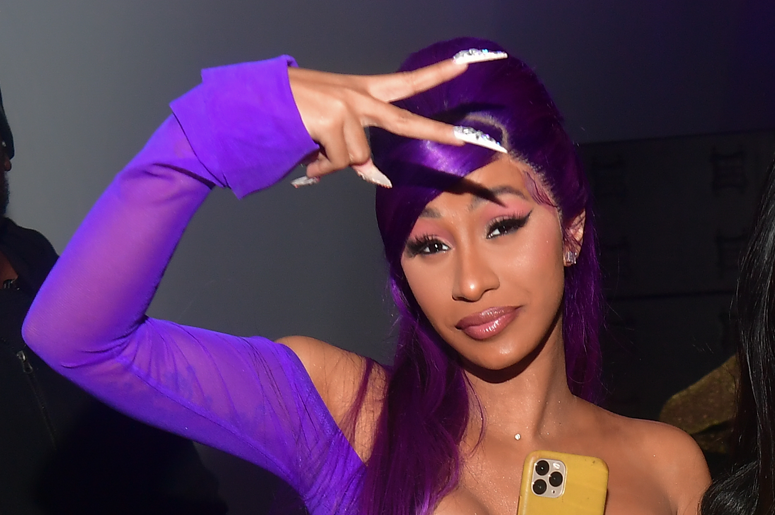 Cardi B has said tata to Twitter, well at least for now. It all went down on Saturday October 17, after Cardi had just about enough of internet trolls coming for her and her husband Offset.

Before bidding adieu to the social media platform, Cardi had a few things to say to those haters and took to IG live to do so.

"A whole bunch of 15-year-olds telling me how to live my life like I'm mother f****** Ariana Grande or something. Like I came from Disney or something," she said in the now-expired video. Luckily for us it’s 2020 and nothing hits the internet without being captured to last for all of eternity.

Cardi continued, ”I'm so tired of people saying I've got to continuously explain myself, I didn't put my divorce out there, a f****** court clerk put it out there. And because people are making rumors up, 'Oh, this guy has a girl pregnant,' I have to address it.”

Before signing off, Cardi made sure to defends her mans, as the two have recently reconciled after she filed for divorce last month. The clap back continued with the following, "Then you guys want to be harassing this n****. Bro, if I work things out, why are you going to this n****’s Twitter to harass him? That don't make no f****** sense.”

"I smoke a cigarette... 'Oh my God... You smoking a cigarette because of Offset, you're stressed,'" she said of people's comments. "Bro, when I was a stripper I used to smoke cigarettes every day. I been smoking cigarettes since I was 15. I started smoking cigarettes because I'm bored and I was drinking on my birthday. I'm not an avid smoker, I don't really smoke so stop.”

You heard her ladies and gents, just stop, not that you have a choice since Cardi threw up the deuces to both the haters and Twitter. However, we have a feeling she’ll be back, maybe it’s that forgiving nature of hers.

So when she does return, be on your best behavior and leave Offset alone. Seriously, we need Cardi on Twitter, like a bucket needs a mop and macaroni needs a pot. For now thankfully she’s still on Instagram.