Cardi B is in it to win it for Bernie Sanders. The “Press” rapper is taking her support of the 2020 presidential candidate to the next level by filming a campaign video with him.

The senator from Vermont told CNN that the goal was to get more young people involved in the political process.

Cardi B posted a picture of their meeting on Instagram, saying the two talked about a wide range of issues including the economy and racial and social justice.

“Thank you Senator Bernie Sanders for sitting with me and sharing your plans on how you will change this country,” she wrote. “A couple of weeks ago I asked my followers if you had the opportunity to have a question answered by a Democratic candidate what would it be? I got a lot of submission and selected the most popular questions to get answered. Stay tuned to see how he will fight for economic, racial, and social justice for all.”

Cardi B had already been openly supporting Sanders, who lost the 2016 Democratic nomination to Hillary Clinton. During an appearance on “Jimmy Kimmel Live,” Sanders embraced the 26-year-old rapper’s involvement in his campaign.

"She is really smart. And she is deeply concerned about what's happening in this country," Sanders said. "She wants to make sure we improve life for working people in this country, and I'm delighted that she is a supporter." 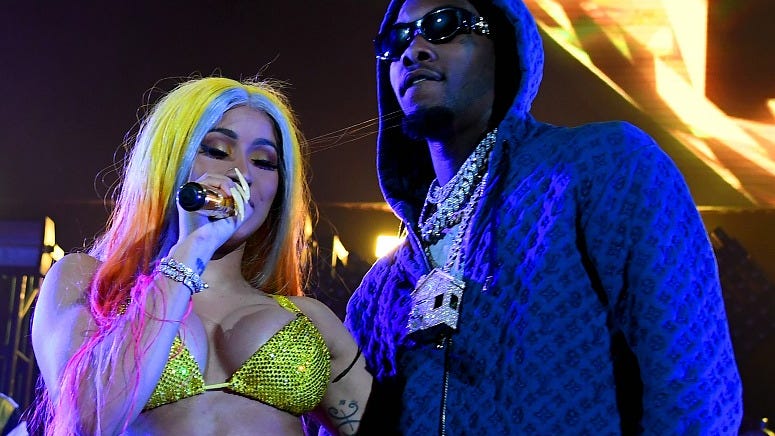 See Where Cardi B Put Her Offset Tattoo