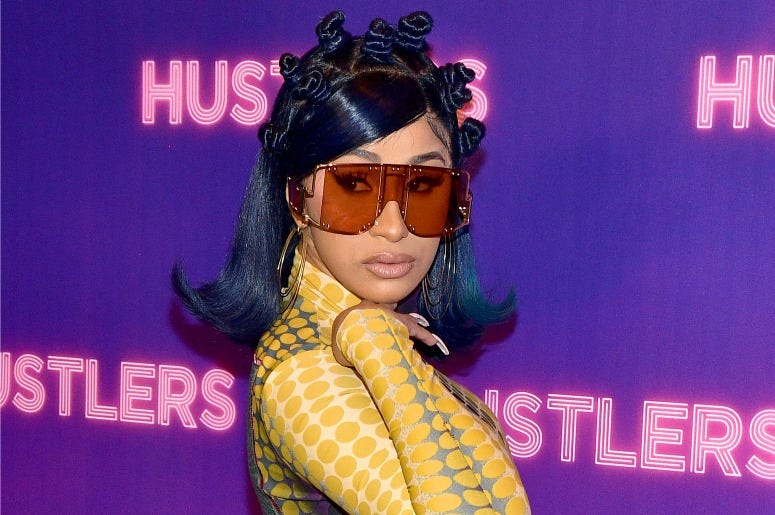 Earlier this week, Travis Scott released his Netflix documentary Look Mom I Can Fly. The film features a behind-the-scenes look at the family life of the artist, and provides some new insight into his feelings on GRAMMY night earlier this year.

Scott was nominated for three awards, including Best Rap Album for ASTROWORLD, ultimately losing out to Cardi B and her debut Invasion of Privacy. Footage from that moment inspired fresh reaction from fans, believing Scott deserved the win rather than the “I Like It” singer.

Hours later, Cardi B shared her own story about her GRAMMY-winning album, perhaps as a response to the renewed criticism. “On my album I showed different sides of me. From my intro talking about my past to living my best life inspiring people,” she wrote in a string of tweets. “Relationship songs while I was going through my own relationship drama to shaking ass like Bodak & that ASS. Every song went platinum!”

“Did it all while I was pregnant. Throwing up, drowsy, terrible colds and in a rush to finish it so I can start doing music videos before I started showing,” she continues. “I spend 24 hours for months sleeping on a couch with my pregnant depressed ass in a studio.”

Cardi goes on to detail her self-doubt during the making of Invasion of Privacy, worried that “everybody is disappointed in me,” and wondering if she would still have a career after having a baby. She talks about issues with management, and how her husband Offset asked for features on her behalf.

When i kept seeing the certifications of the songs going gold or platinum I was so excited cause my husband was out here asking everybody for a feature on my behalf so the ones that said yes thank you from the bottom of my heart cause TRUST ME ALOT OF ARTIST SAID NO!

Later in the day, Cardi B put an end to the conversation as fans of Travis Scott got out-of-line with comments. “Ok I was having fun going back and forth with Real people but these weird fan accounts started coming over here killing s***” she wrote. “Ya some grown ass men talking about dragging Cardi cause I won a award for a bomb ass album. Mind you I myself promoted ASTROWORLD on my page when it came out and have a good relationship wit trav while ya some small d*** men talking bout draggginh a girl.”

This weekend, both Cardi B and Travis Scott are headlining the Made In America festival in Philadelphia.