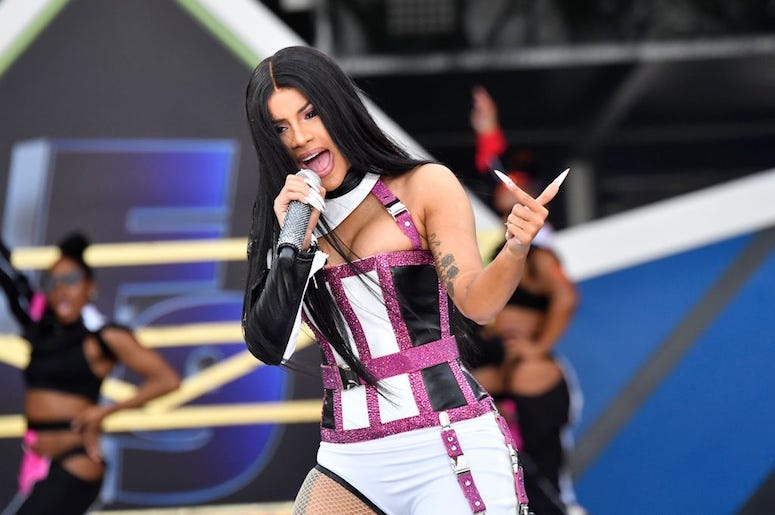 Cardi B has a message for her haters, “eat it up.”

Cardi was honored as Billboard’s 2020 Woman of the Year and took to Instagram to celebrate the award and call out those that were critical of her hit song “WAP.”

“Thank you Billboard! Now I can bring up the stats but that will take me all day. B**** broke records!” She captioned her post. “Thank you BARDIGANG with out y’all encouraging while the world was against me and criticizing every move I wouldn’t have gotten here everyday and use my voice for a change.”

Speaking to the widespread, intergenerational popularity of “WAP,” Cardi laid another claim for just how popular the song is calling it “the one that had your grandma popping her p**** on TikTok. Yeah b****, that one.”

Cardi is used to defending “WAP” by this point. Back in August, Cardi spoke with RADIO.COM's Ivy Unleashed and addressed the backlash the song received. She wasn’t too concerned with the lyrical content of “WAP,” but “was just wondering if people were going to like the song.”

“I just feel like there's other female rappers that have said so much nastier stuff,” Cardi said.