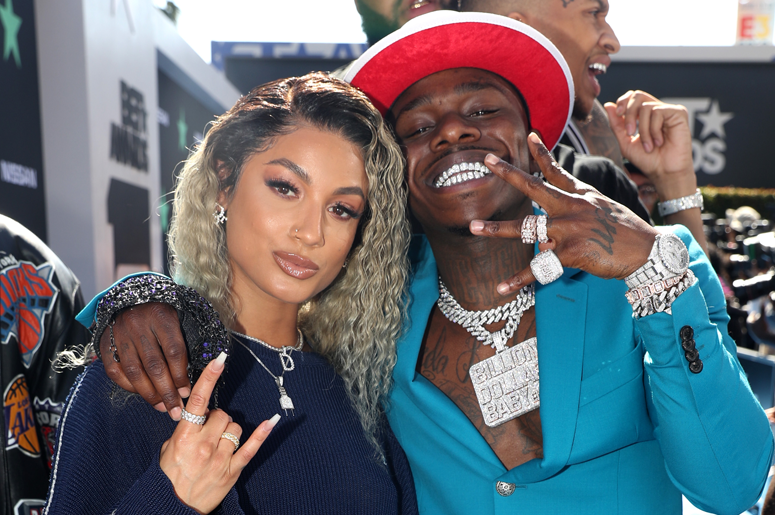 The rumors have been put to rest with one Instagram post. DaniLeigh and DaBaby have gone IG official, confirming those swirling speculations of the two being couple.

On Friday, DaniLeigh shared a pic of her hugging her mans looking all cute and loved up, accompanied with the caption “My baby❤️ idc.”

DaBaby also shouting his love from the rooftops in his own way, went Live on IG showing off his lady, all boo’d up and boppin’ in the backseat of a car.

DaBaby even referenced DaniLeigh on “8 Figures” off his EP My Brother’s Keeper (Long Live G). “I wanna kill somethin’ too, G,” he rapped on the song. “Had to call my Dominican boo thing / Call me down, I’m on FaceTime, a movie.” That “Dominican boo thing” he is referring to is of course is Dani, who just so happened to recently release an album, titled Movie. See what he did there, full circle.

Speaking of which, DaBaby’s also featured on Dani’s new album, appearing on her track “Levi High.” The two gave us some Bonnie and Clyde realness in the video, as they commit a heist together, only to be caught by police officers. Besides their latest musical collabs and announcing their coupledom, the two have worked together in the past, the first being Baby’s video for “Bop,” where Dani served as choreographer.

Check out the couple in all their cuteness in their respective posts above.