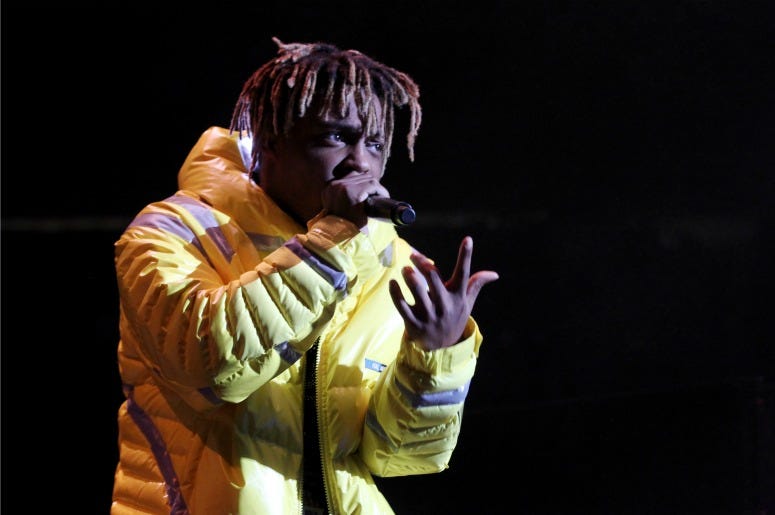 According to TMZ, rapper Juice WRLD has died at the age of 21. The "Lucid Dreams" rapper reportedly suffered a seizure at Midway Airport in Chicago while walking through the airport and was pronounced dead a short time later at the hospital.

Juice WRLD, whose real name is Jarad Anthony Higgins, turned 21 on Monday and was returning to his hometown Sunday from California.

TMZ reports that Higgins was still conscious when he was taken to the hospital. The cause of death is unclear at this time.

In 2018, Juice WRLD burst into the mainstream and reached number 2 on the ﻿Billboard chart with his song "Lucid Dreams." He would go to release a collaboration album with Future, and released his sophomore album Death Race to Love in March of 2019. It debuted at number one.