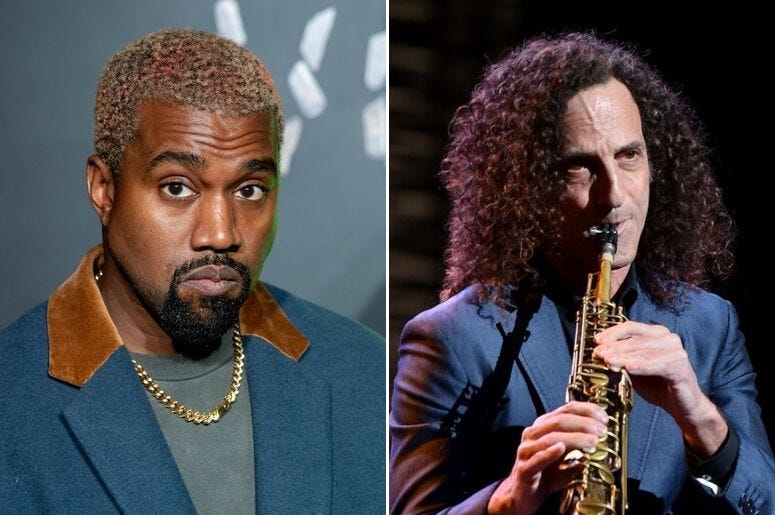 Is the world ready for Geezy?

In a new interview with the Dallas Observer, Kenny G reveals that he’s been working on music with Kanye West. The pair first connected when West gifted the sax man to his wife Kim Kardashian for Valentine’s Day, but it has led to the two actually working on music together.

"He reached out to me and wanted me to come and do that," Kenny G tells the Dallas Observer. "I didn't know him real well, but I was obviously flattered. He could not have been more welcoming.”

“Since then we've actually been in the studio working on some music together. I can't really say much else because he doesn't really want anyone to talk about music before he releases it,” he adds.  “Just suffice to say that we're collaborating on some things, and nobody knows what's going to happen."

We know what’s going to happen. The G Funk era, with Kanye slicing up soul samples like the old days while G brings the drip of watercolor jazz. Lizzo on the flute for a track, get Pusha T a bassoon, we’re marching into history friends.

Don’t take our dream away. It could happen.

Maybe the Kenny G collaboration is a part of Jesus Is King, the rumored release from Kanye that is reportedly due out on September 27.

Kenny G is currently on tour and will continue through the rest of the year. You can find the full list of upcoming shows here.