It seemed at times that Kanye West would never release Jesus Is King, but in the end it might have arrived right on time.

Despite missing several scheduled released dates, the artist’s ninth solo studio album debuts at number one on the Billboard 200, making it the biggest album in the country this week.

The gospel-fueled album focusing on West, his relationship with God, and somehow Chick-fil-A, climbs above the competition for Kanye’s record-tying ninth consecutive trip to the top. The album matches Eminem’s streak, who last appeared in the lead spot with 2018’s Kamikaze. 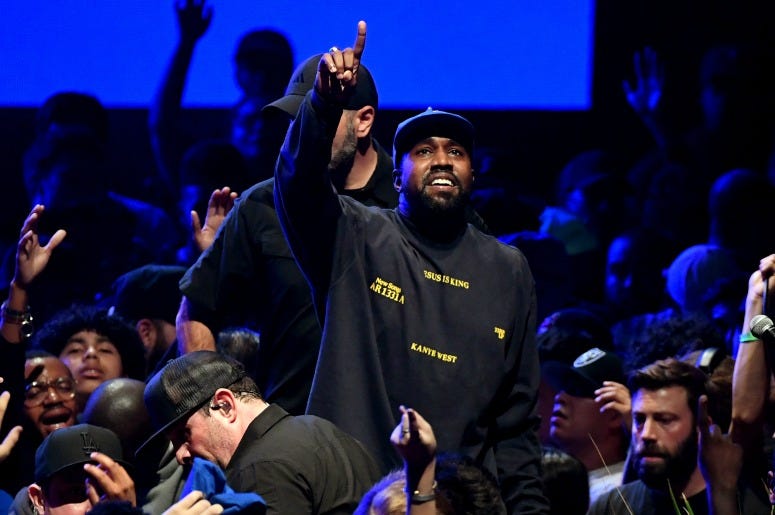 The two Hip Hop heavyweights are now tied for the longest streak of consecutive number one albums, beating out The Beatles, who hit number one eight times between 1965 and 1968. They also enjoy some accomplished company of artists who have a total of nine trips to the top in total, matching marks from Garth Brooks, Drake, The Rolling Stones, and Madonna.

It should be noted that Jay-Z is actually the all-time leader when it comes to coming out on top. The rapper has a total of fourteen debuts at number one, although not consecutively like Eminem and West. One of the fourteen is the collaboration LP between Jay-Z and Kanye, Watch The Throne.

Jesus Is King was released in conjunction with a film from Kanye West of the same name, arriving in IMAX theaters last month. It is now available everywhere.