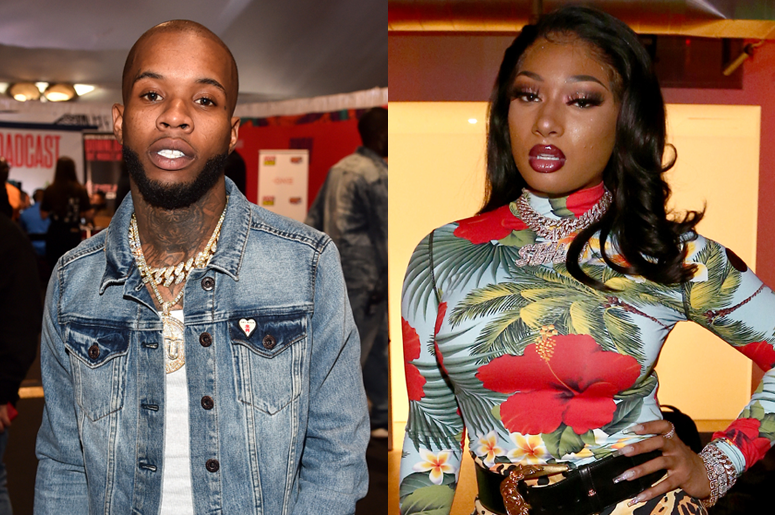 In an effort to clear his name, Tory Lanez went Live on Instagram Tuesday night to once again insist the allegations against him regarding the alleged shooting of Megan Thee Stallion are "not true.”

Lanez continued to proclaim his innocence, this time in a more succinct approach than his September release of DAYSTAR, on which he addressed the shooting with every track.

“It’s crazy because the whole thing about it is… when this whole debacle, or whatever you call it, came about, the whole time was like … She knows what happened, I know what happened, and we know that what you’re saying and what the alleged things and the alleged accusations of my name is [sic] are not true.”

Hate to break it to you Tory, but looks as if the feelings of friendship aren’t mutual, as Meg took to Twitter with a succinct response of her own, saying, “This N**** genuinely crazy."

With an arraignment set for next month, Lanez has been charged with one count of assault with a firearm and one count of carrying an unregistered firearm in a vehicle in connection to the incident. If convicted on all charges, he could face more than 22 years in prison.