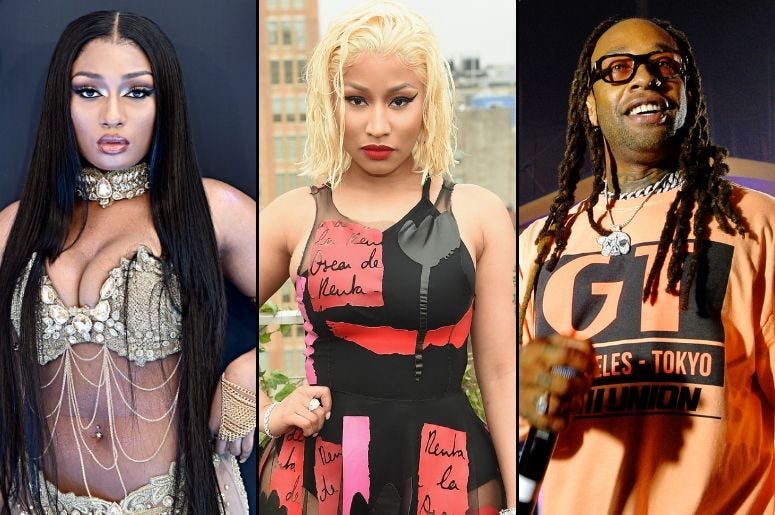 The trend of “being the life of the party” and “unapologetically you” this season, first sparked by Megan Thee Stallion, is coming full circle as the rapper prepares to drop the track “Hot Girl Summer” on Friday. Not only that, she has some next-level company as Nicki Minaj and Ty Dolla $ign join her for the song.

“The hot girls took over this MF summer so it was only right to give the hotties the official track” Megan wrote as she released the cover art.

Megan and Minaj first joined forces during an Instagram Live last month, with many fans speculating that a collaboration would be coming soon. According to Minaj, it almost didn’t happen, but the Queen star pushed through because she loved the track.

“I was right on the verge of losing my voice and it was mad late so I was already sounding like a man,” Minaj responded to a fan on Twitter about the upcoming single. “But once I heard the song I fell in love. Wrote it before I went to sleep. None of that was planned. I had no idea Meg was on live or that she would want to go live together.”

Since the #HotGirlSummer movement was first launched by the Houston rapper, several other high-profile women have gotten in on the trend. Jada Pinkett Smith posted her own “Hot Girl Summer” shot, while Miley Cyrus invited followers over for her #HotGirlSummer. Even Wendy’s has declared their lemonade, the official drink of Hot Girl Summer.