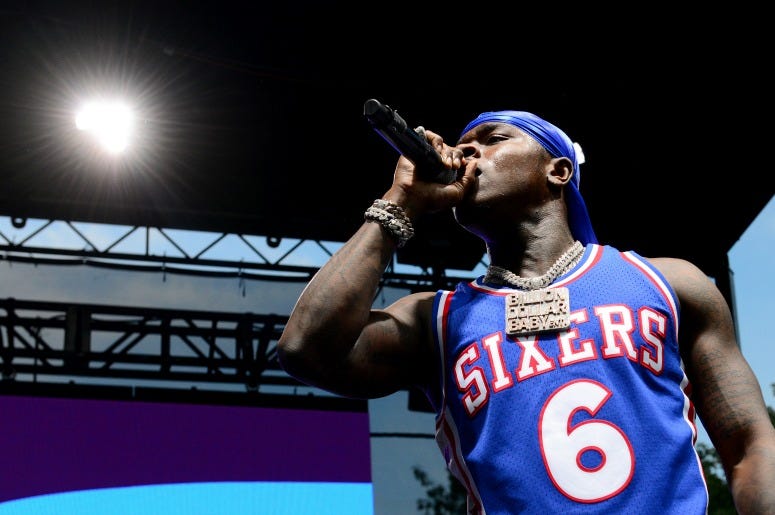 DaBaby has never been one to wait around. Now just six months after his debut album Baby On Baby climbed the charts, the North Carolina rapper is reloaded and ready to drop his sophomore LP.

Kirk arrives on Friday September 27, and features Chance The Rapper, Migos, Nicki Minaj, Lil Baby, Gucci Mane, and more. The rapper dropped the first preview, “Intro,” last week. The track is a personal flow about losing his father, reflecting on his newfound success after years of struggling.

Kirk arrives after a life-changing few months for DaBaby. “Suge” became a breakout hit for the artist, and put him in demand for features. He’s appeared on remixes for Lizzo and Lil Nas X over the past few weeks, and joined Post Malone on his number one Hollywood’s Bleeding album earlier this month.

You can find the full tracklist for Kirk below.

Times up. #KIRK THIS FRIDAY💿 Available For Pre-Order NOW❗️