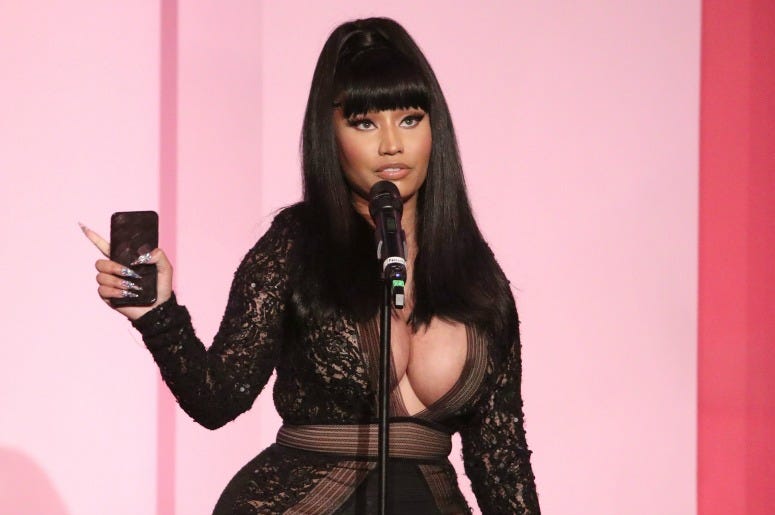 Fans of Nicki Minaj have spent the past 24 hours outraged at Madame Tussauds in Berlin, after the museum unveiled their figure of the “Anaconda” rapper. According to just about everyone, the life-sized likeness doesn’t look anything like Minaj, as Barbz around the world shouted their displeasure.

As it turns out though, the wax edition of Nicki isn’t new at all, only the online anger is. This figure first appeared in Las Vegas in 2015, and Minaj herself gave it her heart-eyed emoji seal of approval. TMZ reports that her team worked closely with Madame Tussauds on the figure, and Nicki signed off on it before it made its public debut.

This is the real picture they used of me from Anaconda.

Still that hasn’t stopped fans from defending her honor, demanding that this version of Nicki is not up to the Queen’s standards. From “disrespectful” to “Germany did Nicki Minaj dirty,” everyone stepped up for the GRAMMY-nominated star.

They disrespected @NICKIMINAJ with that wax figure...

Germany did @NICKIMINAJ dirty with that wax figure

Nicki has been quiet on social media the last few months, likely enjoying the newlywed life with husband Kenneth Petty. The pair married in October.

Minaj is also reportedly at work on the follow-up to 2018’s Queen, with new music hopefully coming later this year.