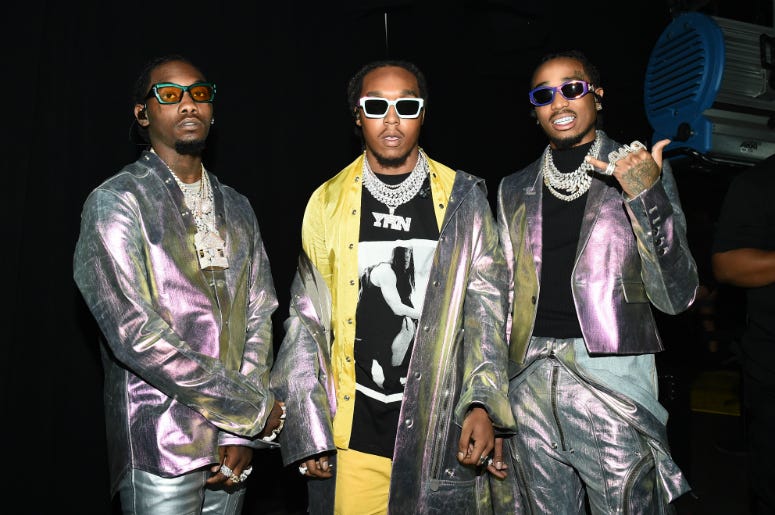 Migos is on the menu at Popeye’s, and it’s no coincidence.

The hip hop trio has partnered with Uber Eats and the fast food chain, and the result is a new combo named after each member and a fourth meal for those who want it all.

We made @Migos faves official menu items on Popeyes. It’s only on @UberEats in Georgia today and nationwide tomorrow. #EatLikeMigos pic.twitter.com/RFZkNfYIgk

The partnership came about because of the great Popeye’s chicken sandwich crisis of August. The new at the time menu item sold out, leading Migos member Quavo to joke in an Instagram video that he was selling the hot items for $1000 each.

The four Migos menu items are only available through Uber Eats through January 2nd. Let’s take a closer look at the options.

For $46.99: 20 crispy chicken tenders, one large container of mashed potatoes with gravy, two large orders of fries, five biscuits, one-gallon drink of lemonade and a collection of sauces.