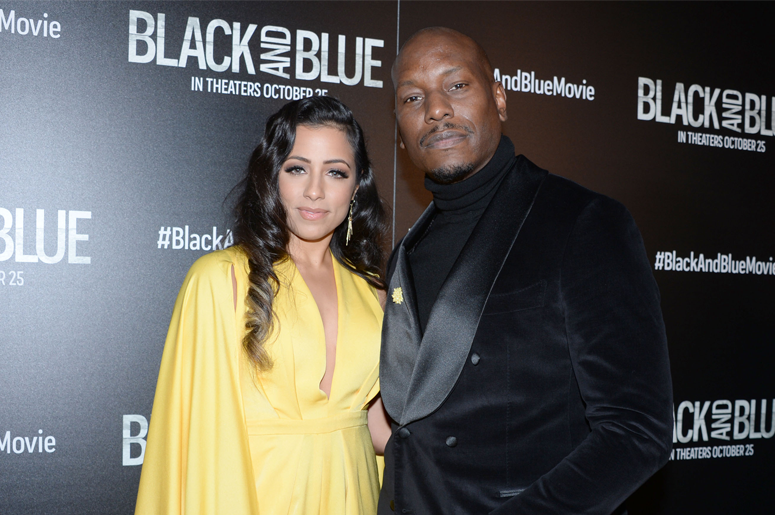 2020 was full of hardships for many, and while the pandemic affected us all, for Tyrese Gibson, unfortunately marital problems was also on his list.

Almost making it through the year by a small margin, in late December, both Tyrese and Samantha Gibson released similar but separate statements announcing that their marriage was ending amicably.

Well, by the looks of it, and by it we mean his social media posts, his plan to “remain the best of friends & strong coparents,” was well underway. However, it seems that since, Tyrese has had a change of heart, about the separation that is, and has been making desperately awkward attempts to win Samantha back.

While most would resort to a phone call, a text, a DM or even standing outside a house holding a boombox over their head as a way to say “i’m sorry,” or get someone’s attention, Tyrese made a different choice, leaving a comment on someone else’s post.

Celebrating their 25th anniversary this past weekend, Tammy Franklin, wife of gospel producer Kirk Franklin, posted on Instagram, sharing a sweet sentiment about the milestone.

Again, while most would take the opportunity to congratulate the couple, Tyrese, well did, but also made it about himself and his ongoing troubles and hopeful outcome with his estranged wife.

Writing, “Happy Happy Happy Anniversary!!!!!! Magic Magic and more magic….. Dear Samantha this was supposed to be us…. remember the franklins was our marriage GOALS!!!!!!!!!!!! Smiling smiling……. I’m gonna get her back watch me! [ I think ]”

We’re assuming Tyrese believed his attempt to be chivalrous, however it was apparent others didn’t have quite the same sentiment. Many additionally commented on the tackiness of the message on a post that had absolutely nothing to do with him. And I mean… are they wrong?

Back to that phone call etc. point we made earlier, seeing as Tyrese and Samantha have a child together, we’re sure her digits are still in his phone. Perhaps in the future, he’ll hit her up personally instead of dragging others into his shenanigans, or there’s always that boombox option.