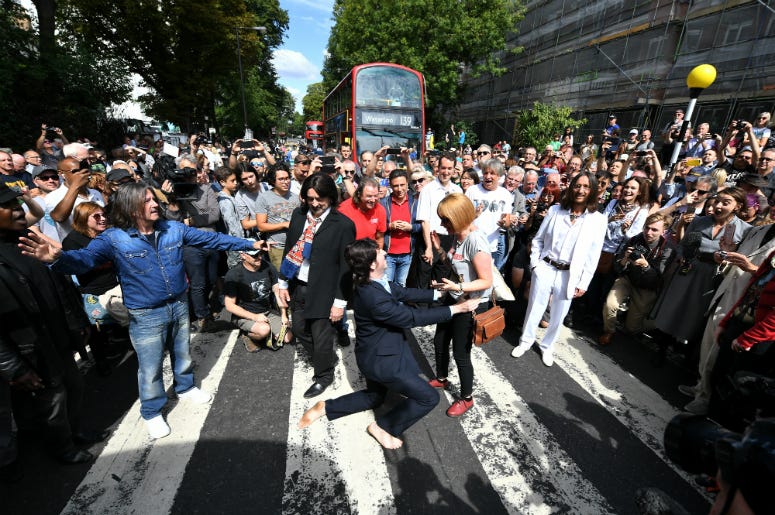 Fans of The Beatles are flocking to one of the most famous rock ‘n’ roll landmarks in the world today. The zebra crossing on the cover of Abbey Road is the place to be for those celebrating the 50th anniversary of the iconic album.

John Lennon, Paul McCartney, George Harrison and Ringo Starr were photographed on this day in 1969 striding over the pedestrian crossing outside EMI Recording studios. The album was released the following month.

Fans are retracing the steps of the former Beatles today and one McCartney impersonator even proposed to his girlfriend at the site. A Volkswagen Bettle was also put back in position to match the look of the album cover.

Beatles tour guide Richard Porter organized the commemoration. He told the Associated Press he has witnessed a lot of interesting things at the landmark over the years.

“Every hour of every day there are fans on the crossing,” he said. “I’ve seen lots of different sights on the crossing, too, from couples having their wedding photos taken to people going across naked.” 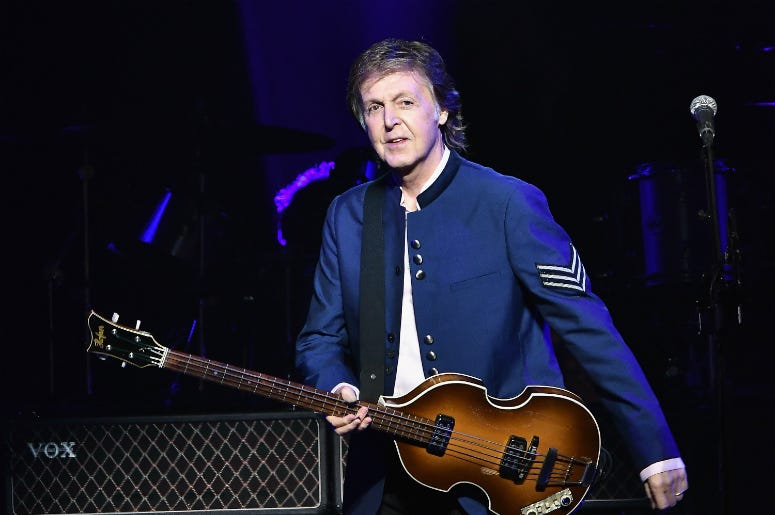 The Beatles are celebrating 50 years of Abbey Road with special anniversary releases. They will include new stereo mixes of the album’s 17 tracks and previously unreleased studio outtakes and demos. They will be available on September 27.

Abbey Road was the second to last album the Beatles released as a foursome, but it was mostly recorded after Let it Be. Former Apple Records executive Tony Bramwell told Reuters nobody was really aware the band didn’t have much time left.

"In cultural terms it's become iconic - the sleeve, the songs, the stories behind the songs," Bramwell said of Abbey Road.