How do you “accidentally” buy a van? A New Zealand man did, and then he found out the 1961 Chevrolet Greenbrier once belonged to Green Day frontman Billie Joe Armstrong.

That wasn’t enough to make Graham van de Laar want to keep the vehicle, though. He’s putting it back up for auction.

According to Stuff, van de Laar was messing around on Trade Me when he accidentally clicked the “place bid” button. He was hoping someone would outbid him but no one did, and he ended up with a smaller bank account but an amazing blue van. It features a front license plate that reads GRNDAY and Armstrong’s signature on the glove box.

Graham wouldn’t say how much he paid for the van but it’s going back up for sale for $37,995 with a “buy now” price of $39,995. You can see the full listing here.
It says the vehicle was Billie Joe’s personal surf van that he used in California and that it has been rebuilt. 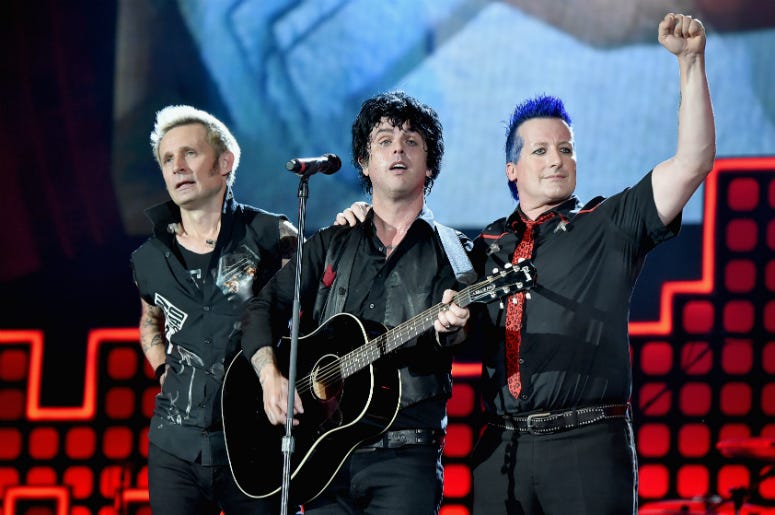 Meanwhile, we’re still waiting to see if Green Day has anything up their sleeves musically this year. About a month ago, each band member posted the same picture of a bull on their respective Instagram accounts followed by second pictures of another band member in a rehearsal-type setting.

The cryptic posts appeared just days after a Green Day rep denied that a new song was about to be released. There has also been speculation about a tour in honor of the 25th anniversary of Dookie. But so far it’s been like “Pulling Teeth” trying to get any details.