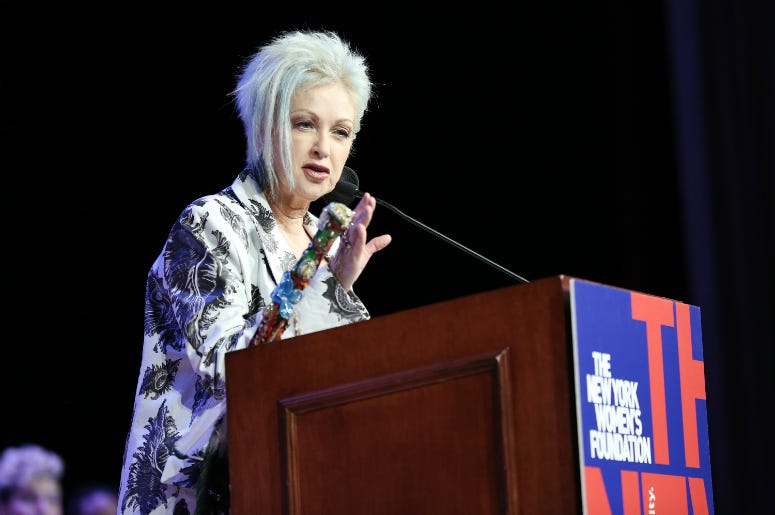 Cyndi Lauper will received the first ever United Nations High Note Global Prize for her lifelong advocacy for the LGBTQ community.

The music icon is being honored, in part, for her True Colors United organization – the nonprofit she founded that helps homeless LGBTQ youth.

The High Note Global Prize was created by producer David Clark to celebrate artists who use their music and voice to advocate for social justice.

“We are delighted to recognize and honor Cyndi Lauper as the 2019 High Note Global Prize Laureate," Clark said. "For decades she has promoted human rights, been a voice and active participant for change, and inspired people around the world to be tolerant and true to themselves. She is most deserving of this award, and we look forward to celebrating her achievements during our inaugural High Note Global Prize award ceremony.”

Kesha will present the award to Lauper at the “Time After Time” singer’s own Home for the Holidays benefit concert in Los Angeles next month. The line-up also includes Brandi Carlile and Marilyn Manson.

Lauper was also recently announced as a performer at Global Goal Live: The Possible Dream. The year-long campaign aims to bring awareness to poverty, climate change and inequality. Other artists on-board include Alicia Keys and Coldplay.