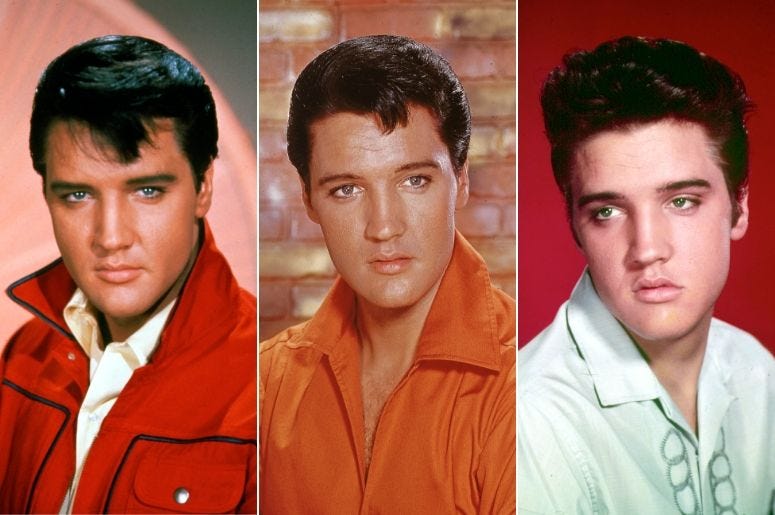 On the evening of August 16, 1977, Elvis Presley was scheduled to fly out of Memphis to start another tour, just weeks removed from the release of his twenty-fourth studio album, Moody Blue. Presley never made that flight, and was found unresponsive in his home. The icon was pronounced dead at 3:30pm that afternoon.

Elvis has been honored in countless ways in the years since, but there’s perhaps no better tribute to the man that pushed music and culture so far, than his own work. For decades he has been a source of inspiration for other artists, with covers of his songs becoming chart-topping hits and live set standouts. On this August 16 we remember the death of The King, with 8 of our favorite Elvis covers of all time.

Check out the covers below, and for much more on Elvis Presley's music and personal life, check out The Jungle Room podcast every week on RADIO.COM.

The Boss does The King in a strutting version of "Viva Las Vegas" from The Last Temptation of Elvis.

Eric Clapton takes "Hound Dog" back to the blues for a howling version of this Elvis standard.

"Always On My Mind" is not an Elvis original, and is actually a cover of a B.J Thomas song from a few years prior. But Presley made it his own, making it the B side to "Separate Ways" in 1972. The Pet Shop Boys commemorated his death in 1987 with their own version.

"Don't Be Cruel" became a big part of Cheap Trick's 80s revival on Lap Of Luxury.

A giant hit for UB40 in 1993, the song would be number one for 7 weeks. It was also featured on the soundtrack for the movie Sliver.

The lead singer of FYC says that Elvis came to him in a dream and told him to record this song, according to legend.