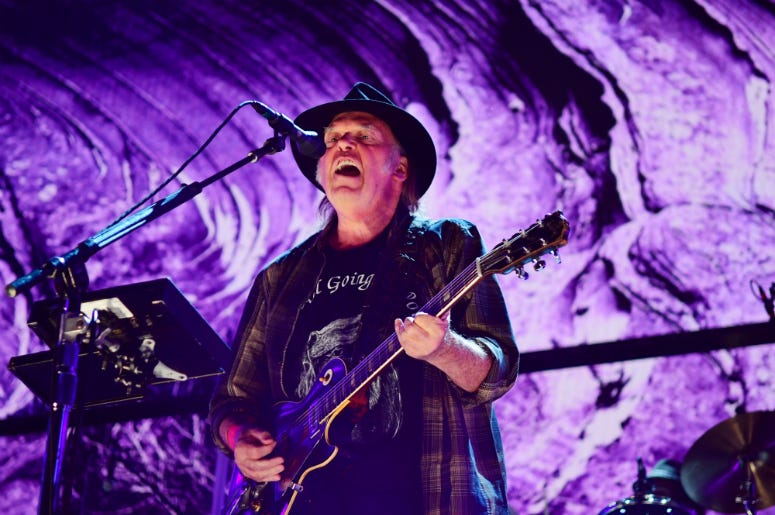 Neil Young is sharing more details about his first album with Crazy Horse in seven years. The LP will be called COLORADO, and the first single, “Rainbow of Colors,” will be released sometime later this month.

Young posted an update on his website: “The first track from COLORADO, our next Crazy Horse album, is coming out this month. Billy, Ralphie, Nils and I are all very happy to bring this song “Rainbow of Colors” to you in all its ragged glory, as my original producer and life-long friend, the late David Briggs once said.” 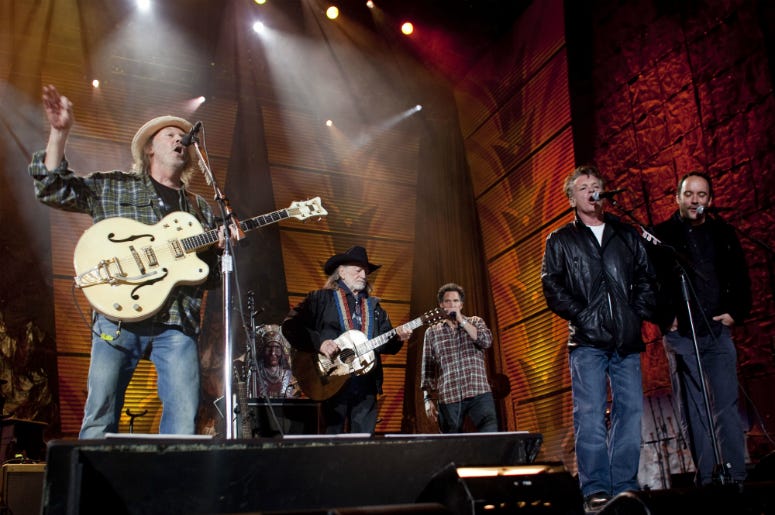 Young said the new album will feature 10 songs ranging from around 3 minutes to over 13 minutes. There will also be a documentary film about the making of COLORADO.

“It is a wild one folks – no holds barred,” Young continued. “You will see the whole process just as it went down! Warts and all! I don’t think a film about this subject with the openness and intensity we have captured has ever been seen.”

Young says the documentary will be released in more than 100 theaters around the world the week the album is released in October.

COLORADO will mark the first time Young and Crazy Horse have appeared on record together since 2012’s Psychedelic Pill. They did come together on the road last year but without longtime guitarist Frank “Poncho” Sampedro.