When the Rolling Stones came to New Jersey, they ate like the locals and paid tribute to the locals by dusting off a track from their mid-80s catalog.

The band started Monday night’s show at MetLife Stadium in East Rutherford with a bang: “Jumpin’ Jack Flash,” “You Got Me Rocking” and “Tumbling Dice.” Then it was time for Mick Jagger to talk to the crowd.

“Has anyone crossed two rivers to get here tonight?” he asked. “Is anybody here from Brooklyn? Anybody here from Queens? Anyone from Manhattan? Westchester? Staten Island? The Bronx? Hartford? Anybody here from New Jersey? We’re going to do a song sort of locally, vaguely, based. We haven’t done this in ages. Please forgive me if you can. “It’s called ‘Harlem Shuffle.’”

The Rolling Stones hadn’t performed the song from 1986’s Dirty Work since 1990 at Wembley Stadium in London. The track was originally recorded by Bob and Earl and became a rare MTV hit for the Stones. 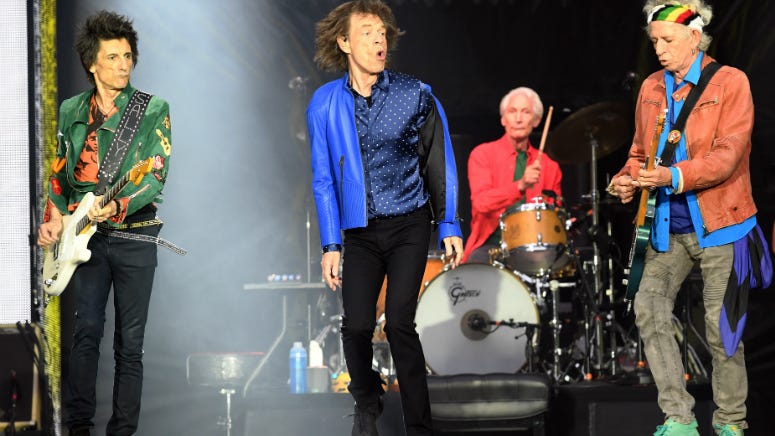 While in the Garden State, Jagger said he also sampled a local food favorite as he told Monday’s crowd at MetLife. According to the Asbury Park Press, Jagger boasted about chowing down on some “pork roll not Taylor ham” at a popular diner. At the MetLife show a few days earlier he called it Taylor ham. The distinction is a popular debate among New Jersey residents depending on what part of the state they’re from.