Cornell’s vocals have been preserved on a series of demos that were recorded with the help of the band’s techs, but there’s one major problem – guitarist Kim Thayil, drummer Matt Cameron and bassist Ben Shepherd are not in possession of the recordings.

Thayil told MusicRadar that the trio would like to finish the album, but suggested other people connected to them are not on-board.

“There seems to be some confusion amongst various parties as to what that would entail and how that works, and who that would benefit,” Thayil explained. “And it’s been tiring, you know. And we can’t move on until some future date when someone realizes the value of allowing the creative partners to have access to the material.” 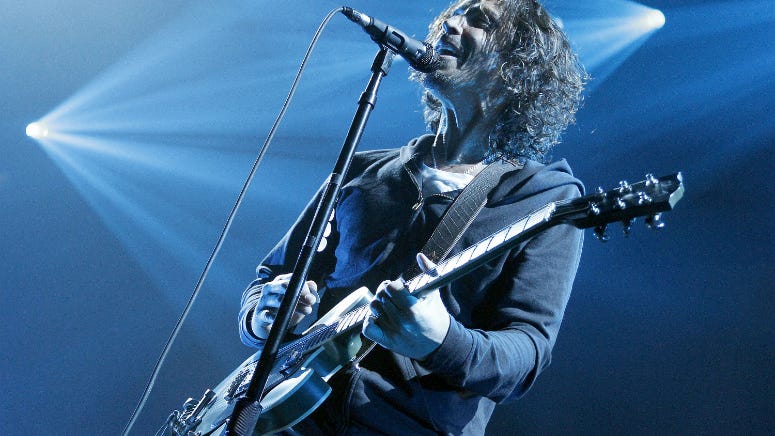 As for what new music would sound like, Thayil seemed to be describing classic Soundgarden with a new slant.

“Interestingly, there’s a psychedelic element, and there was more of a grooving, I’d say a little bit more, not ballad-y, but more guitar arpeggiations, like what you might hear on 'Fell On Black Days,'” he said.

In the meantime, fans can look forward to the release of Live From the Artists Den. The concert film and album was recorded during the last stop of Soundgarden’s 2013 tour. Following a one-night-only screening in IMAX theaters around the world earlier this month, the collection will be available on July 26 in several formats. You can pre-order your selection here.

sports
J.J. and T.J. Watt made nearly identical plays to stop Derrick Henry
sports
Dan Orlovsky explains why Tom Brady is the best QB in the NFL right now
news
Woman slaps husband amid his anti-mask tirade on flight
news
Zeta becomes a hurricane, New Orleans in the cone
sports
Plan for college hoops bubble at Disney World is off after talks stall over testing
music
Carrie Underwood and more comfort Miranda Lambert as she mourns the loss of her dog