“I would love to contact them someday and tell James Hetfield that he saved my life,” Dee Gallant quipped. The Vancouver Island, British Columbia woman says she used Metallica music to scare off a cougar.

Gallant told KelownaNow she was walking her dog in a wooded area when she felt eyes on her. That’s when she spotted the cougar inching towards her until it froze and just stared.

While recording the encounter with her phone, Gallant yelled at the big cat to try to scare it away. It didn’t work, so plan B was what any good heavy metal-loving fan would do – she called on Metallica. 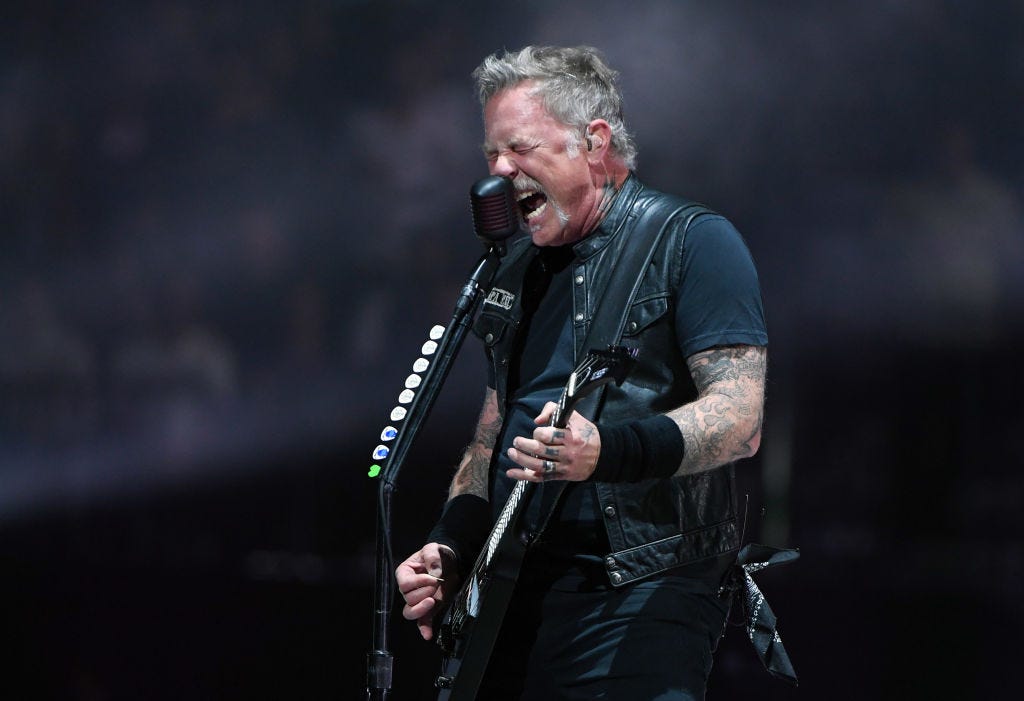 Metallica's 'S&M2' Concert Coming to Theaters for One Night Only

Gallant says she pressed play on “Don’t Tread on Me” from the Black Album, put it on full blast, and aimed her phone at the cougar.

“I thought it was the noisiest thing on my phone that would probably scare it, that was also the message I wanted to convey to the cougar,” she said. “As soon as the first notes blared out it ran into the bush."

Gallant and her dog made it safely home after that – hopefully while still listening to Metallica.