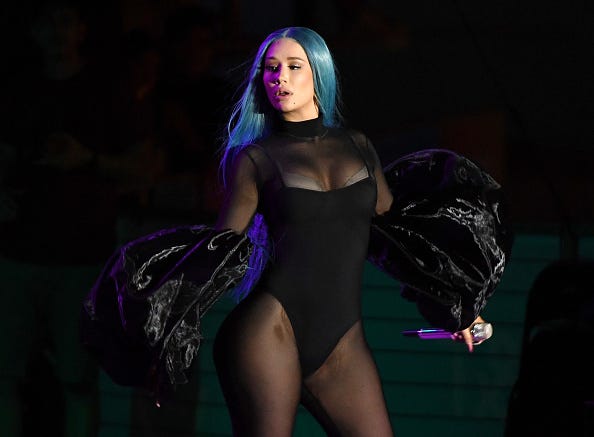 Turns out Iggy Azalea isn’t so “fancy” after all.

The Australian rapper appeared to have gotten a bit of sticker shock after ordering room service and being charged $64 for a grilled cheese sandwich at an unnamed hotel in Las Vegas, according to Page Six.

Azalea wasn’t going to let this scandalous situation go unnoticed and hilariously shared the information in a series of tweets.

“I just paid 54.00 for a grilled cheese sandwich. Las Vegas,” the 29-year-old threw shade by captioning a GIF of Oprah Winfrey with a stoic facial expression.

But situation got even more expensive as the “Work” singer revealed the hotel charged her $10 extra for utensils.

I’m not kidding I just got the bill and they charged me and extra 10.08 for knifes and forks which aren’t included free here....

“I’m not kidding I just got the bill and they charged me and extra 10.08 for knifes and forks which aren’t included free here,” she wrote to her 8 million followers. “So grilled cheese (that I can eat with my hands) is now 64.08! We love scammers.”

She followed it up with a photo of herself chowing down on the sandwich alongside a plate of French fries and jokingly noting that she might not actually pay for the meal by reporting her card stolen. No word how much extra the fries cost.

Besides being funny on social media, Azalea is keeping busy by promoting her first full-length album in five years, “In My Defense.”

The record is a return to her rap roots prior to going mainstream by collaborating with pop darlings like Ariana Grande, Charli XCX and Rita Ora.