It was the dress that launched millions of gasps and Google searches.

And now Jennifer Lopez’s legendary plunging green Versace gown from the 2000 Grammys has been turned into a sneaker, according to GQ. 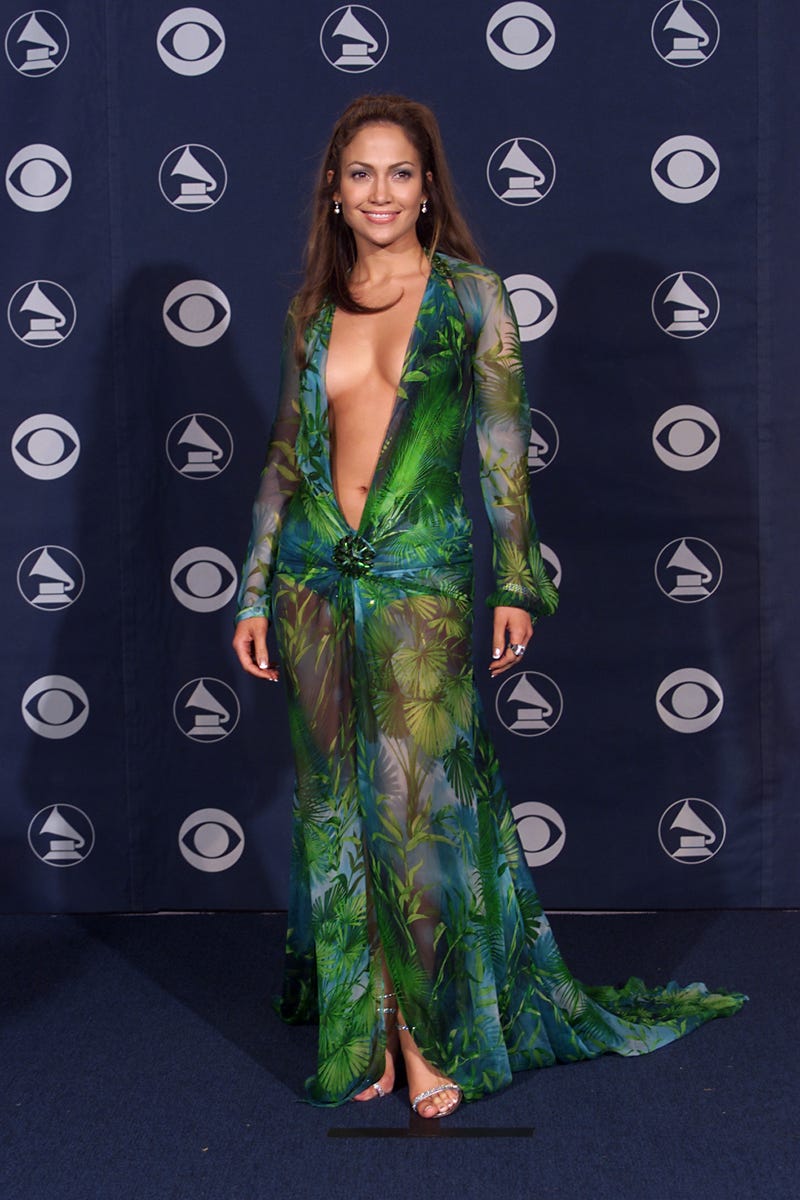 To celebrate the Hustlers star upcoming 50th birthday on July 24th, Versace has created a version of their popular Chain Reaction sneaker decked out in the iconic emerald leaf print.

And to further emphasize its inspiration, the shoe features a neutral-colored tongue as an homage to the gown’s dare-to-bare neckline.

The limited-edition kicks will set you back $1075 and are available online or at Concepts stores in New York and Boston.

On February 23, 2000, Lopez made fashion history after arriving to the Grammy red carpet in the stunning low-cut silk chiffon dress on the arm of then-boyfriend Sean Combs.

“We hit the red carpet and it was a frenzy in a way that it’s not usually,” Lopez said in a recent video discussing the Versace number. “There was extra kinetic energy and it was all about this dress.”

But the electrifying moment almost never happened as Lopez was very to wearing a different dress that night.

“One was kind of like a white dress and the other was the Versace jungle-print dress,” the pop diva added. “I put on the green dress and come out and [manager] Benny [Medina] goes, ‘That’s it. That’s it. Don’t even talk about it. That’s the dress.’”

It was the dress that the public couldn’t get enough of as millions tried to search for pictures of it back in the early days of the internet.

In 2015, Google president Eric Schmidt revealed the massive outpour of online searches for the gown led them to develop Google Image Search a few months later.

An historic dress on multiple levels.