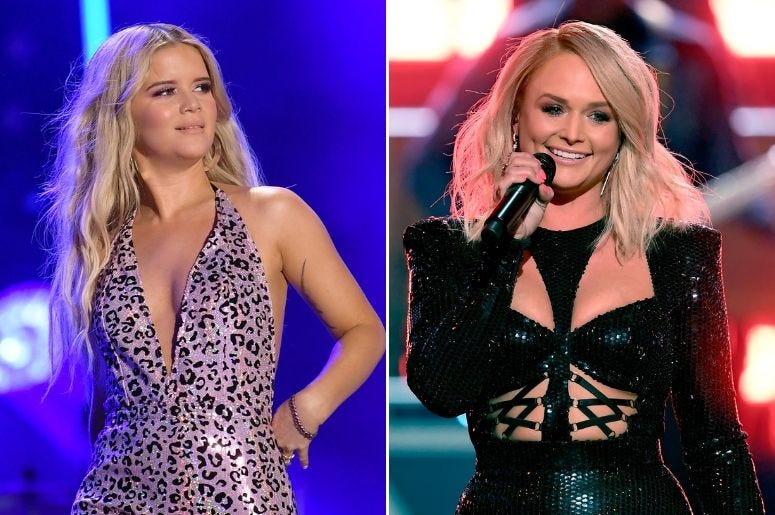 Can one song hold the power of both Miranda Lambert and Maren Morris?

We’ll find out soon with, “Too Pretty for Prison”, a song featuring the two Country superstars on Lambert’s still untitled upcoming album.

Lambert recently revealed that the anthem warning against the ultimate unfortunate outcome after a night of trouble was a perfect fit for Morris, so she invited her to sing on the song.

Earlier this week Lambert revealed the first single from the album, "It All Comes Out in the Wash."

The duet is just the latest sign of support between the two powerhouse stars. Last month Miranda Lambert was quick to call up Morris after she received backlash for her photos in Playboy. "She was like, 'You are kicking butt, don't listen to the haters,'” Morris explained. “You are doing exactly what you should be doing."

The duet with Miranda isn’t the only new collaboration on the horizon for Maren Morris. Friday, Morris released the first single from her new fierce female collective, The Highwomen.

Along with Brandi Carlile, Natalie Hemby, and Amanda Shires, Morris teams up for a role-redefining Americana anthem called “Redesigning Women.”

In the video, the four dressed as firefighters drive to a field, making a pile of outdated tropes like ironing boards and faddish exercise equipment. After inviting over a crew of other amazing artists like Lauren Alaina, Cam, Wynonna Judd, Cassadee Pope, Tanya Tucker, and more, they set fire to the old ideas.

The self-titled debut album from The Highwomen is due out on September 6th.